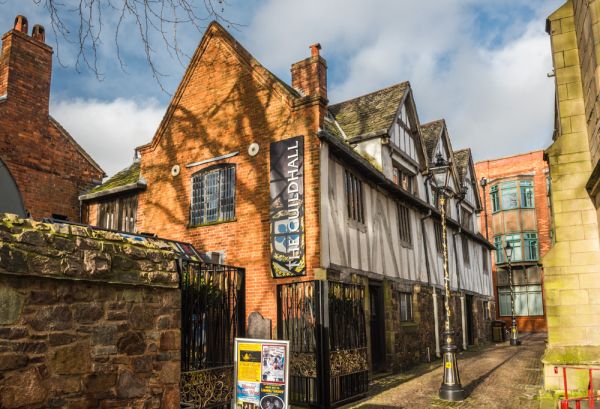 The hall was built as a place for the Guild of Corpus Christi to meet. The Guild was a small but powerful group of merchants and gentry. Within 100 years the Guildhall had been extended with wings at either end of the original hall, creating a U-shaped building set around a small central courtyard.

Sometime before the end of the 14th century the Corporation of Leicester - the medieval equivalent of the town council - began to meet at the Guildhall. The Guild was abolished in 1548, at the height of the Reformation, and the Corporation purchased the buildings outright, paying the princely sum of £25, 15 shillings, and 4 pence. 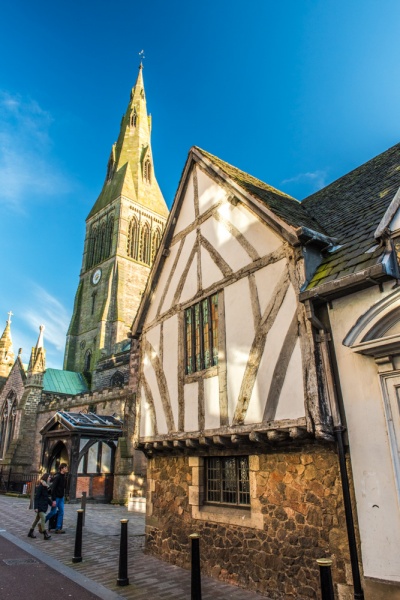 The Guildhall and Cathedral

In 1632 the town library was moved from neighbouring St Martin's church (now the cathedral) into the east wing of the Guildhall. The library is the third-oldest public library in Britain and still houses several hundred rare books and manuscripts.

The great hall was used for civic gatherings, ceremonies, theatrical performances, and as a courtroom. William Shakespeare is believed to have performed in the great hall.

In the early 17th century the ground floor of the west wing was transformed into the Mayor's Parlour. Above the Parlour was a Jury Room, used when courts were in session in the great hall.

The building was in poor condition by the early 20th century. In 1926 it was restored and reopened as a public museum, tracing the long history of Leicester and the building itself. 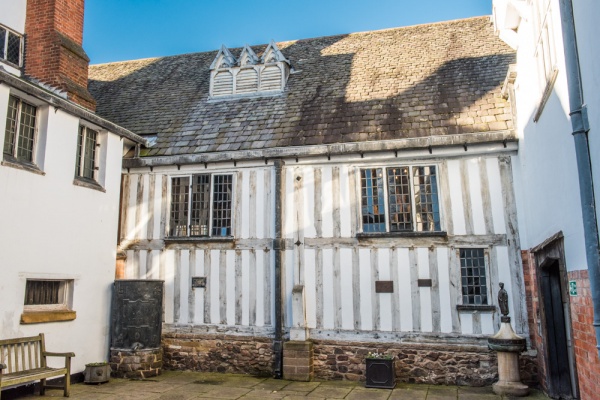 The Guildhall entrance is just a few steps from the main cathedral entrance. Inside the main entrance is a shop and a small museum showcasing historic artefacts found on the site.

From the museum, you cross a small courtyard to the great hall. Before you enter the hall, turn around and you will see a replica of the 1620 parish clock from All Saints Church, one of the oldest parish clocks in Britain.

The great hall is a magnificent timber-framed chamber decorated with extensive wall paintings. Several painted panels depict Biblical texts, while a later 17th-century panel bears the royal coat of arms of Charles I.

The Mayor's Parlour has windows with fragments of late medieval stained glass. on one side is a Mayor's chair, and at the far end is a peculiar 18th-century combination chair and desk that may have been used for an oath-taking ceremony. Most of the far end of the Mayor's Chamber is taken up with a magnificent gilded fireplace bearing the date 1637. 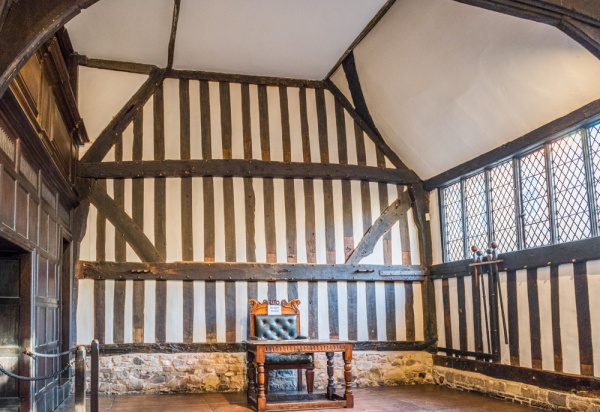 From the great hall a set of stairs leads up to the Recorders Bedroom, a simply furnished chamber under the eaves. This gives access to the Library mentioned earlier, a large open room with bookshelves along the wall. The Library is furnished with period items like a large oak chest with worn iron straps.

From the Library, you descend to the gaol, refurbished as it would have been in the Victorian period. Here you see items on display like a late 19th-century beaver fur top hat as worn by Leicester's police force until the introduction of the police helmet in 1871.

There are also rather unsavoury items used to punish miscreants, such as a set of Victorian leg irons and a 17th-century scold's bridle used at a time when gossiping became a criminal offence. There are several restored gaol cells and a rather gruesome gibbet used for hanging dead criminals in a public place to act as a deterrent. Leicester was the last place in Britain to use the gibbet in 1832.

Our family thoroughly enjoyed the Guildhall. The museum is very small, with only a few items on show, but there was a very interesting video showing how the Guildhall was used over time, how it grew and was adapted to different purposes. The great hall and Mayor's Parlour are superb medieval chambers, and the stained glass windows and gilded fireplace are outstanding. The Guildhall is free to enter and is well worth a visit. The entrance is immediately beside the cathedral, just a few steps from the Richard III Centre. 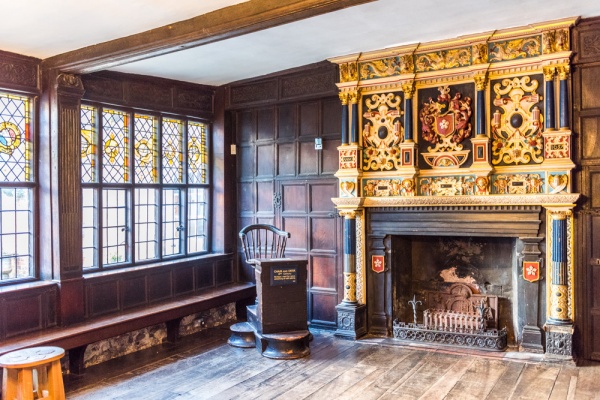 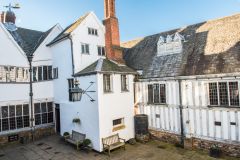 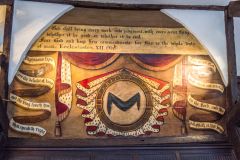 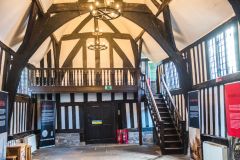 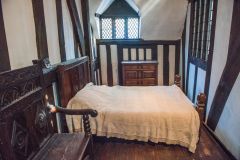 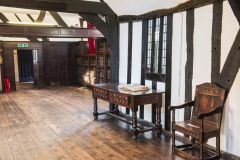 More self catering near Leicester Guildhall