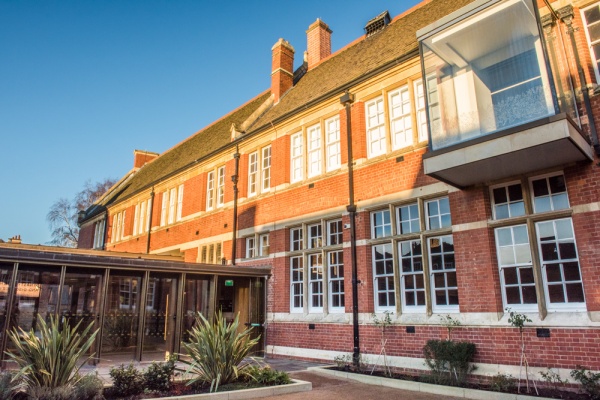 On 22 August 1485 King Richard III of England met an army led by Henry Tudor, Earl of Richmond at Bosworth, Leicestershire. In a near-run thing, the battle swung in Henry Tudor's favour when Lord Stanley, ostensibly King Richard's ally, threw his men into the battle on Henry's side. The king died, fighting bravely, and according to legend his crown was found on a thorn bush and placed upon his own head by Henry Tudor, who became Henry VII.

Richard III's body was brought to Leicester, where he had stayed before the battle. Why not bury the king on the battlefield? Henry Tudor wanted Richard's allies to see that the king was dead. He put the dead king's body on public display at the Church of St Mary of the Annunciation in The Newarke, just outside the castle precinct in the heart of Leicester.

There the public could view Richard's body and any rumours of his survival could be quenched. After three days on display, the corpse was carried to the monastery of Greyfriars for burial in the friary church.

A tradition later grew up that Richard's bones had been unearthed by a mob at the time of the Reformation and scattered in the River Soar. This story was put forward as a semi-historical account of events but by the late 20th century a number of historians put forward an alternative theory, that the king's bones were still buried on the site of Greyfriars, which had long since disappeared under the layers of centuries and the growth of modern Leicester. 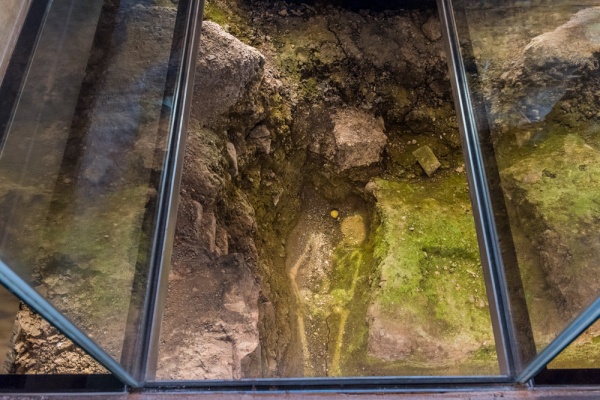 The King in the Car Park

Historian John Ashdown-Hill and researcher Philippa Langley came to the conclusion that the king's bones were in fact buried at the north end of a city council car park used by the offices of the Social Services department. Langley joined forces with the University of Leicester Archaeological Services (ULAS) and approached Leicester City Council with a request to excavate under the car park.

The chances of actually finding the remains of Richard III were considered so remote as to be absurd; what the historians hoped to find were the foundations of Greyfriars itself, especially any sign of the friary church where Richard was presumed to lie.

An international appeal was launched for funding through the Richard III Society, and the excavations began in 2012.

In August 2012 a skeleton was discovered in Trench I, the very first effort at excavating the Greyfriar's site. When the skeleton was uncovered it was found that it had a pronounced case of scoliosis (curvature of the spine) and had several obvious battle wounds.

Examination of the skeleton revealed it to be a young man in his late 20s or early 30s, who had died violently sometime between 1455-1540. Richard had been 32 at the time of his death in 1485. He was, of course, portrayed long after his death as a deformed hunchback by William Shakespeare, though no contemporary accounts remarked on a physical deformity. 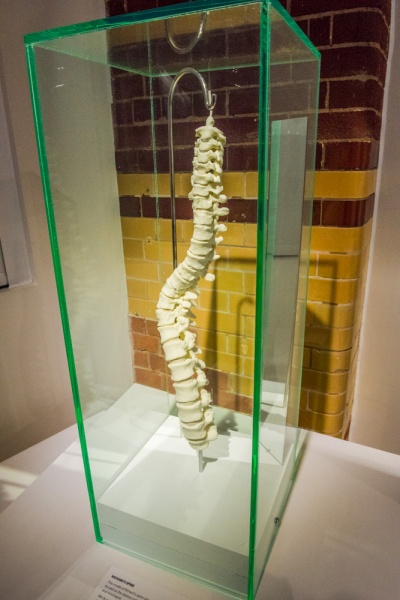 A recreation of Richard's curved spine

DNA tests on the skeleton revealed an almost certain match to descendants of Richard III. The 'King under the car park' had been found.

The findings made international headlines, but what was to be done with the king's remains? During his lifetime Richard III had a much closer connection with the city of York than to Leicester. Though he had visited the castle in Leicester his only real link to the city was that he happened to have been buried there.

The city of York quite naturally wanted Richard to be reburied in York Minster. Leicester, again quite naturally, wanted him to remain where he was. A High Court judge ruled in Leicester's favour, and the king was reburied with solemn ceremony in Leicester Cathedral, just a stone's throw from his burial place at Greyfriars.

The visitor centre is divided into 3 distinct parts; Dynasty, Death, and Discovery. On the ground floor is Dynasty, setting the scene by exploring the history of the Wars of the Roses and the dynastic struggles between the Houses of York and Lancaster that led to the Battle of Bosworth. Through fascinating audio-visual displays, visitors learn about Richard as a man and the major events of his life. Dynasty also explores the side of Richard that is seldom mentioned; the political reforms he introduced during his short reign, making the legal system more fair and just. 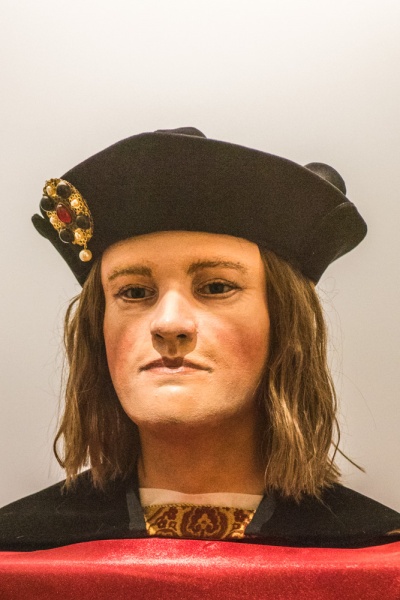 The recreation of Richard's head

Also on the ground floor is 'Death', the story of the Battle of Bosworth and how Richard was betrayed by one of his closest allies. We learn how Richard came within a sword's length of Henry Tudor in the battle, and how he was eventually overwhelmed by his enemies, fighting bravely to the last. The story then follows Richard's journey back to Leicester, his corpse slung over a horse, and how he was put on public display before burial in the monastic church of the Grey Friars.

Linked to these two ground floor themed areas is the site of Richard's grave, preserved under clear plexiglass in a quiet area of the Centre. You can see the exposed trench where Richard's skeleton was found, and a clear window in the wall of this area looks out on the rest of the now-famous car park.

Just outside the area containing Richard III's grave is the Richard III Memorial Stone. This beautifully carved stone was set into the floor of the chancel in Leicester Cathedral prior to the discovery of the king's body.

When Richard III's remains were reburied in the Cathedral in 2015 a new memorial was built and the old carved stone was taken up and installed in the visitor centre. The inscription on the Memorial Stone reads, "Richard III King of England, Killed at Bosworth Field in this county, 22nd August 1485, Buried in the Church of The Grey Friars in this Parish". 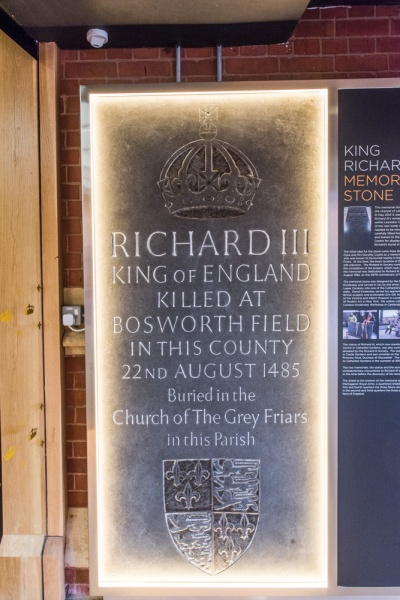 The final themed area is 'Discovery', which takes up the entire upper floor of the Centre. Discovery tells the story of the search for King Richard and how the archaeological investigation was carried out. See tools used by the archaeologists - even Philippa Langley's rubber boots worn during the dig.

Trace the scientific analysis that enabled researchers to determine that the skeleton was indeed that of the missing king. One of the most interesting exhibits is a replica of Richard III's skeleton, made using 3D modelling technology, showing his pronounced scoliosis. Another exhibit shows a cast of his skull and how it was used to enable artists to recreate the dead king's likeness. From the upper floor a projecting glass terrace looks out over the car park that held the king's bones. 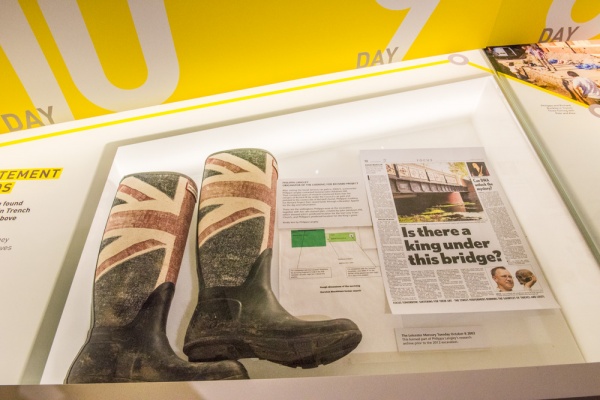 Part of the 'Discovery' display including Philippa Langley's rubber boots

The Centre is made up of a modern building linked to a historic Victorian Gothic school building that was once the home of Alderman Newton's School. The school building is a magnificent example of Gothic Revival architecture, and stands directly atop the former site of Greyfriars church, overlooking the site of the king's grave.

The Visitor Centre runs several workshops allowing visitors to get a more in-depth experience of archaeology, DNA testing, and the life of a medieval knight. You can even take part in a mock 'trial of Richard III' where you can decide for yourself if Richard was guilty of the crimes later ascribed to him by Tudor historians and embellished by Shakespeare. The Centre can also provide information about the very good Richard III Trail around Leicester.

Directly outside the entrance to the Richard III Centre in Cathedral Gardens stands an iconic bronze statue of the king, holding a crown and sword aloft. The statue shows Richard clad in armour, his head bare. The sculpture was designed by James Butler and cast at the Meridian Sculpture Foundry in 1980. It was donated to the city of Leicester by the Richard III Society in 1980 and originally stood in Castle Gardens.

When the new Richard III Centre opened the statue was moved from the gardens and placed outside the Centre entrance. The city Mayor explained the decision to move the statue as an effort to bring the statue closer to the final resting place of the last Plantagenet king.

Note that if you look at just the right angle the king's crown perfectly aligns with the clock face on the tower of Leicester Cathedral. 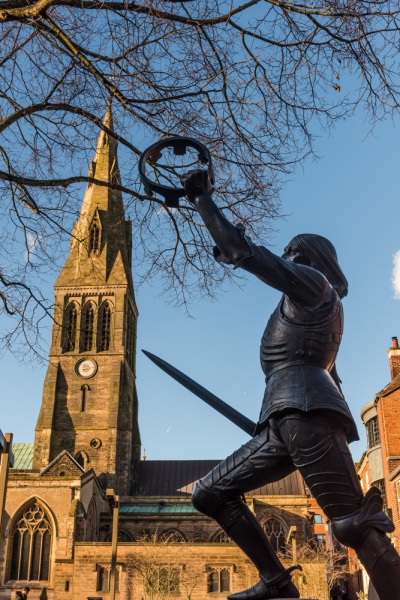 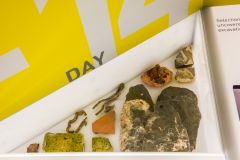 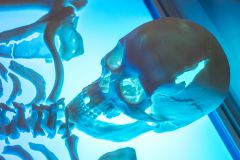 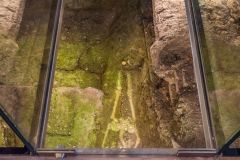 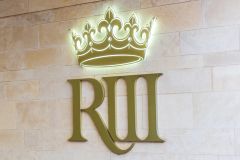 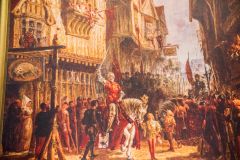