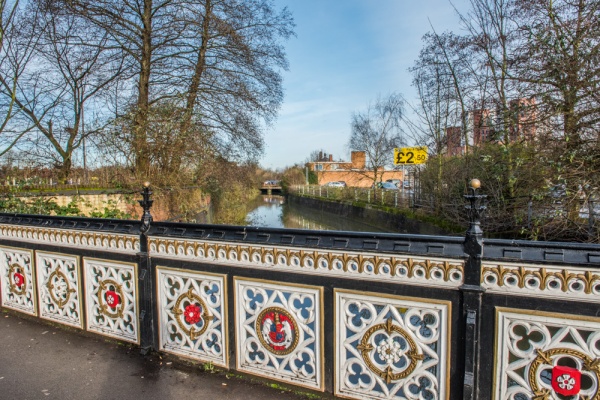 King Richard III spent the night of 21 August 1485 in the city of Leicester, probably staying at Leicester Castle (not, as would later be claimed, at the Blue Boar Inn). On the morning of 22 August, the king rode out of Leicester at the head of his troops, on the short journey to Bosworth, where he would lose his kingdom and his life to Henry Tudor, Earl of Richmond.

The king's journey took him over Bow Bridge, a medieval stone bridge over the River Soar. A tradition, much embellished by the passage of time, grew up that a wise woman, or soothsayer, asked about the king's chances of victory, replied that if he struck his spurs against the bridge, ill luck would follow and he would strike his head on the same spot. Sure enough, King Richard struck his spurs on a projecting stone on the bridge. Ill luck followed, for although he fought bravely, the Richard lost his life on the battlefield.

Henry Tudor, now proclaimed king as Henry VII, had Richard's body brought back to Leicester for public display, so there could be no doubt that Richard was dead. The king's body was slung over his horse, and as the horse passed over Bow Bridge the dead king's head struck the same stone.

It seems highly unlikely that there is any truth to the legend, though we do know for certain there is no truth in a later tradition that Richard's bones were dug up by an angry mob and scattered upon the river at the same spot. 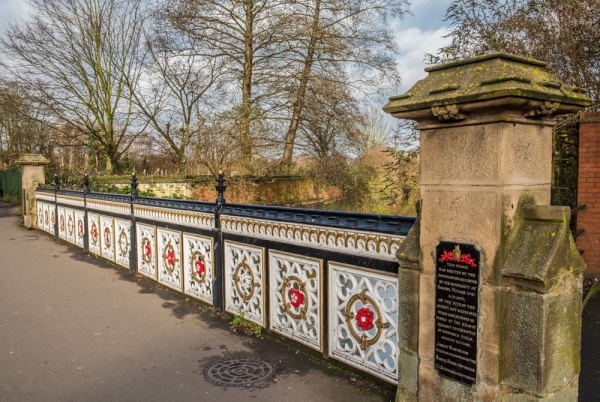 Bow Bridge from the east bank

The present Bow Bridge is a Victorian replacement for the medieval bridge, built in 1862. The bridge is made of iron and its railings are decorated with white roses, Richard's symbol as a member of the House of York, as well as Richard's emblem of a white boar and his motto 'Loyaulte me Lie' (Loyalty Binds Me). Not showing favouritism, the bridge is also decorated with the red Tudor rose. On a stone piling at the west end of the bridge is an inscription reading:

Upon this bridge [as tradition hath delivered] stood a stone of some height, against which King Richard, as he passed toward Bosworth, by chance struck his spur, and against the same stone, as he was brought back hanging by the horse side, his head was dashed and broken; as a wisewoman [forsooth] had foretold, who before Richard's going to battle, being asked of his success, said that where his spur struck, his head should be broken.
Speed's History of Great Britain. 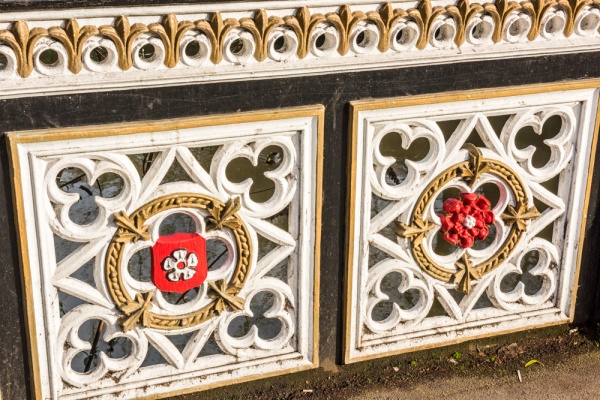 The inscription is wrongly recorded in the official English Heritage listing text for Bow Bridge as:

"The spot where traditionally a stone stood against which Richard III struck his spur on his way to Bosworth, and on return hanging over the horse dashed his head as a wisewoman is supposed to have foretold that where his spur struck his head should be broken."

There is a second inscription at the eastern end of the bridge, reading,

"This bridge was erected by the Corporation of Leicester in the Mayoralty of Samuel Viccars Esq. A.D. 1862, on the site of the ancient Bow Bridge over which King Richard III passed at the head of his army to the Battle of Bosworth Field, August 22nd 1485. Joseph Whetstone, Chairman of the Highway Committee, Samuel stone Town Clerk, EL Stephens Borough Surveyor." 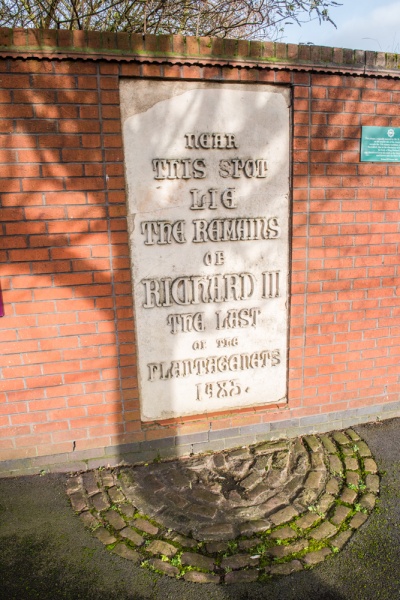 The erroneous memorial on the east bank

On the east bank, close to the end of the bridge, is a very large stone plaque set against a brick wall. The plaque reads "Near this spot lie the remains of Richard III, last of the Plantagenets 1485". The plaque records the tradition that Richard III's body was disinterred from his burial place in Greyfriars and thrown into the River Soar. The tradition, now discredited, possibly arose from a confusion with a similar tradition regarding religious reformer John Wycliffe, founder of the Lollard heresy.

Bow Bridge is extremely easy to reach from the city centre. Just follow St Augustine's Way past Jewry Wall and the bridge is on your right. The Bow Bridge is part of the official Richard III Trail, linking sites around Leicester associated with the king. 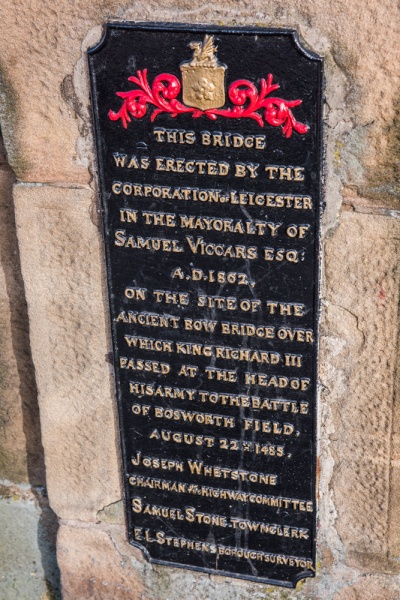 The bridge is listed Grade II for its historic interest, and probably deserves its listed status even without the Richard III association, simply as a very good example of a Victorian iron bridge. 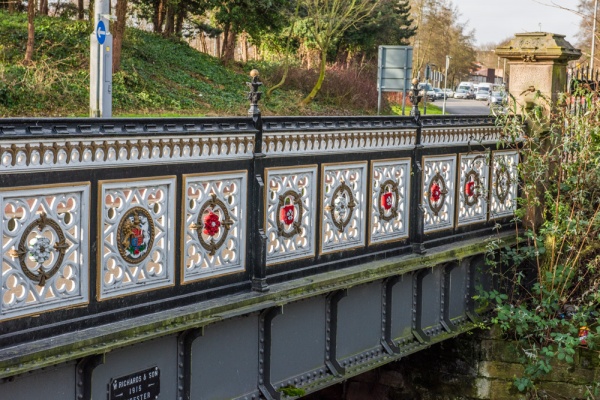 The bridge from the north 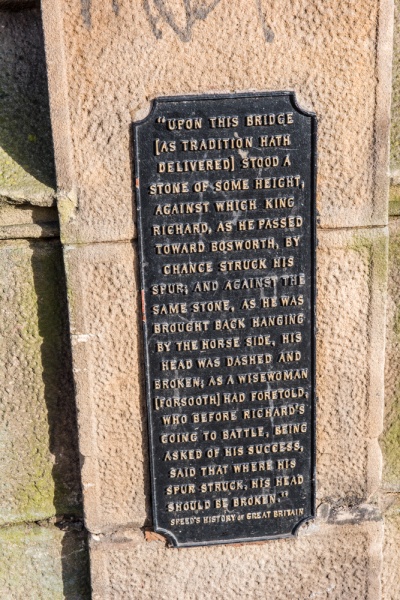 More self catering near Bow Bridge