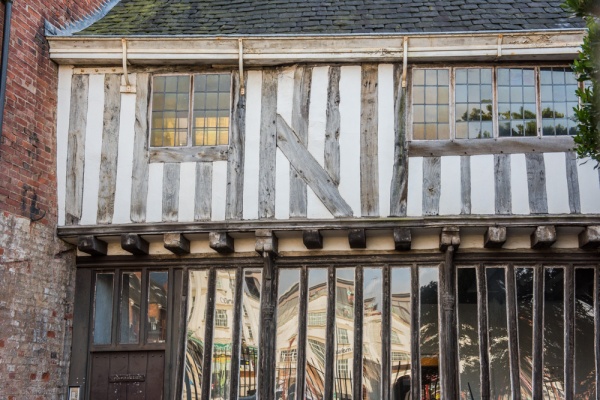 The house was built for a wealthy wool merchant named Roger Wygston (aka Wigston, Wyggeston, or Wygstone). Roger was the uncle of William Wygston, Mayor of both Leicester and Calais and a prominent benefactor of the town. Like his nephew, Roger was a leading merchant in the town and served three times as Mayor of Leicester. He also served as an MP twice. Roger died in 1507. and is buried in the Lady Chapel of St Martin's Church, now the Cathedral.

The house was built with a timber framework filled in with wattle and plaster. At the heart of the house is a large timber hall built around 1490, where meals were eaten and guests entertained. Chambers on the first floor were used for bedrooms and storage. The front facade of the house probably had a shop built in, with a chamber above it. 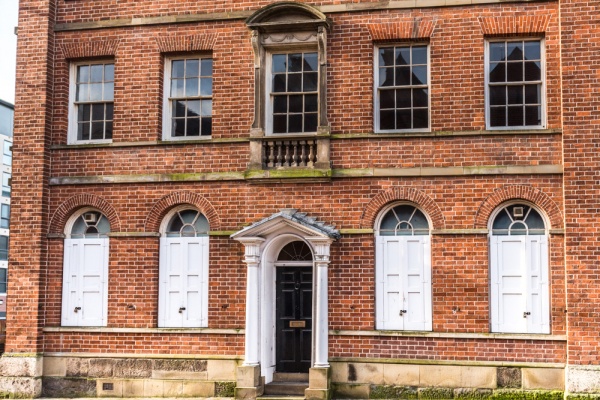 The ground floor windows to the hall originally had colourful stained glass panels. There were 28 panels, depicting Biblical scenes, heraldic symbols, and images of leading figures linked to the history of Leicester. The 'Wygston Glass' panels are a very rare example of domestic stained glass from the medieval period. Most stained glass was used in churches, and it is very unusual to find examples used in a private house. Glass panels from the collection are on display at the Jewry Wall Museum and the Newarke Houses Museum.

Several of the windows bear the initials RW for Roger Wygston. At least that is the prevailing theory. Another theory has been put forward that RW is simply WR reversed, and stands for William Rowlat, another successful merchant who served as Mayor of Leicester twice.

The medieval core of Leicester was once filled with timber-framed buildings like this, but now only Wygston's House and nearby Guildhall remain. The guilds of Corpus Christi and St George had their halls nearby, so it is possible that Wygston's House had a guild connection, which may have helped spare it from destruction when other, more opulent timber-framed houses were demolished. 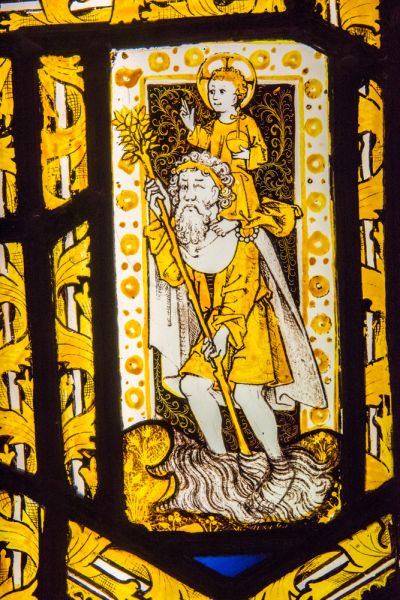 During the 19th century the house was lived in by a succession of surgeons, then was used as an antique shop. Some of the antiques remain on display inside the house.

During the Victorian period the house was used for a time as a home for penitent women.

In 1796 a Georgian block was added at right angles to the original house, replacing an earlier timber-framed shop and room. At the rear of the building is a later Victorian wing built on the site of the medieval kitchens.

For many years the house was owned by the City Council and housed a Museum of Costume, tracing the history of Leicester's role in knitting and shoe manufacture. The museum was forced to close and some of its exhibits are now on show at the Newarke Houses Museum, with some of them used to recreate a 1920s draper's shop. The house is now used occasional meeting place and is sometimes open for heritage events.

As of this writing plans are underway to convert the historic building for use as a public house. 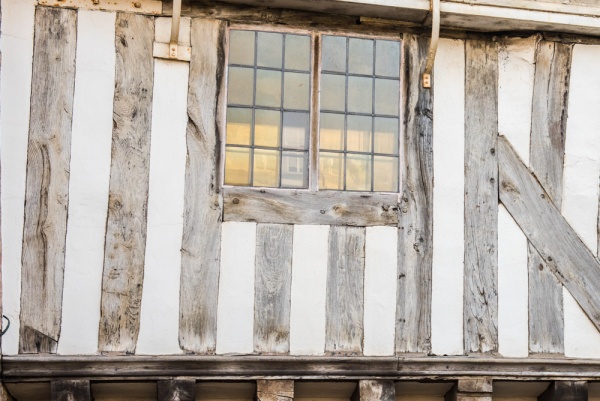 More self catering near Wygston's House