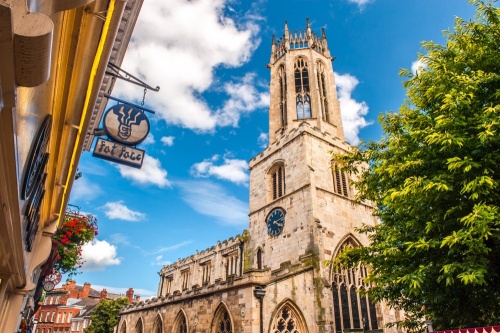 All Saints Pavement is a local landmark due to its striking octagonal 15th-century lantern tower. In the medieval period, a lantern was hung from the tower to act as a beacon for travellers in the Forest of Galtres to the north. The church, first mentioned in the Domesday Book, is the burial place of 34 Lord Mayors. Look for the 12th-century door knocker depicting the Mouth of Hell.

The unusual name of the church comes from the fact that it stands on one of the first areas of paved roadway in York, and the name helps distinguish it from All Saints Church on North Street.

The earliest record of a church here comes from the Domesday Book of 1086, but a 10th-century Saxon grave marker on display in the north aisle suggests that there was a church here long before the Norman Conquest. How long before? A local tradition says that the church was built for St Cuthbert in 685 AD. 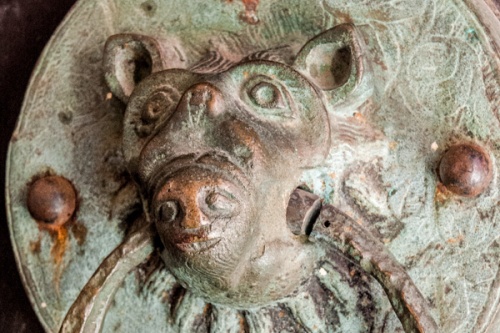 The 'Gates of Hell' knocker

The striking lantern tower that is All Saint's most distinctive feature was built around 1400. During the late medieval period the Forest of Galtres was a dense area of woodland, within sight of the city, yet a haven for wolves. To help travellers through the Forest find their way to the safety of the city walls, a light was kept burning in the lantern tower all through the night.

Most people do not come to All Saints to view the lantern, but to see the 12th-century door knocker on the main north entrance. The knocker depicts the Mouth of Hell, with a bizarre beast holding a human head in its mouth. 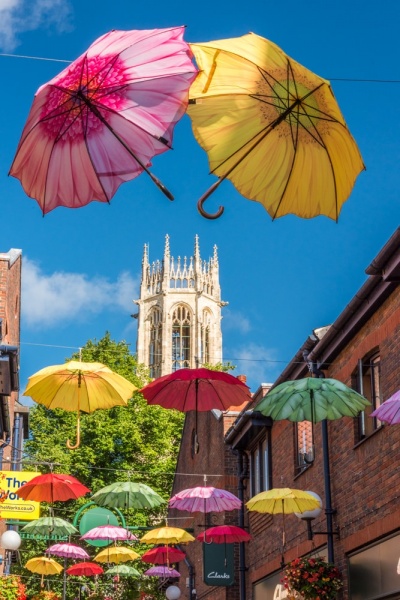 All Saints Pavement from Coppergate

The most interesting interior feature is the extremely large 14th century west window, with beautiful stained glass panels depicting the Passion and Resurrection. Another stained glass window commemorates confectioner Mary Craven, who, along with the Terry and Rowntree families, helped make York a centre for chocolate production. The nearby Jorvik Centre in Coppergate stands on Craven's original shop.

In the north aisle are brasses to Roger de Moreton, (d. 1382), and Isabella his wife, (d. 1412) and a knight named Robert Crathorn, who died in 1482. There is a late 16th century memorial to Robert Askwith. There is also a Jacobean pulpit and sounding board, and some excellent 12th-century floor tiles.

All Saints Pavement is usually open daylight hours to visitors and makes a very welcome quiet place to escape the bustle outside. 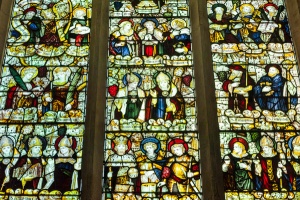 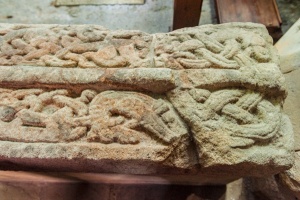 More self catering near York, All Saints Pavement Church >>

More bed and breakfasts near York, All Saints Pavement Church >>