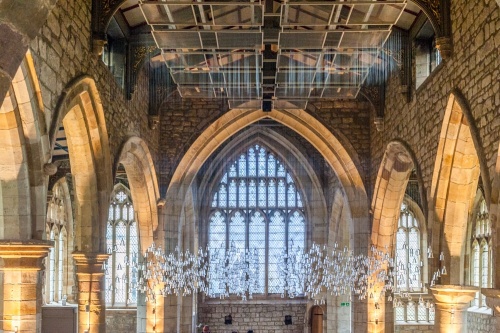 The medieval church of St Mary's stands in Castlegate, just a few steps from popular tourist attractions like Fairfax House and the Jorvik Viking museum. The church dates to the 15th century and boasts the tallest spire in York at 47 metres (152 feet) high.

After the church became redundant in 1958 it was used for a variety of purposes including a museum of local history known as the York Story. 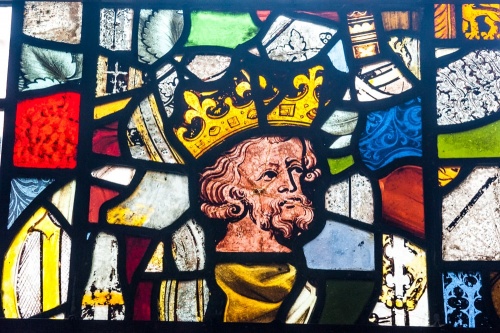 In 2004 St Mary's was converted into a venue for modern visual arts. Each year St Mary's commissions an artist to create a work specifically for the church interior, or to use the space to exhibit an existing work. The church is usually open every day, except in the winter months, and entry is free.

St Mary's Castlegate dates to the early 11th century, perhaps as early as 1020. An ancient dedication stone was discovered inside the church says that it was erected by 'Erfard and Grim and Aese'. The church appears to have been a minster, or mother church for the area.

Only a small section of stonework in the chancel dates to the original Saxon building. Most of the church dates to the 13th century with later 14th and 15th-century alterations. The north arcades are 12th and 14th century, and the south arcade is 13th century. The building was restored in 1867-70 by William Butterfield when a new east window was inserted.

In 1974 a thorough archaeological investigation unearthed fragments of a cross, a cross shaft, and a grave slab, all from the 10th century. There are several good 18th and 19th-century wall monuments. 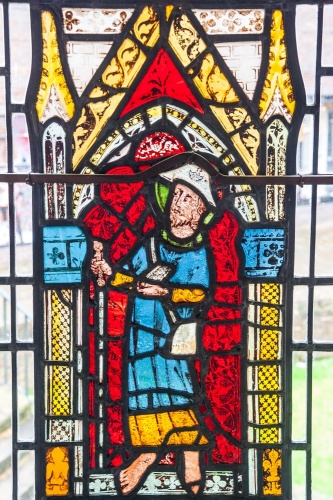 Medieval stained glass of a pilgrim

When we visited there was a wonderful installation called The Temple of a Thousand Bells, by Brazilian artist Laura Belem, with over 1000 glass bells suspended over the nave. The effect of the lovely glass lit with sunlight through the ancient windows was quite striking. It was really a treat to see the historic site brought back to life with art that makes the most of the space.

It is easy to overlook St Mary's, tucked away as it is near Jorvik, which really draws the crowds, but do make an effort to pop into the church; its a lovely medieval building and well worth a visit. 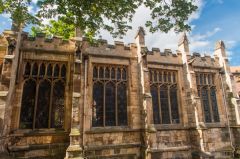 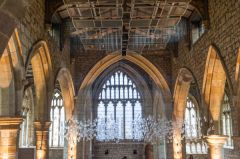 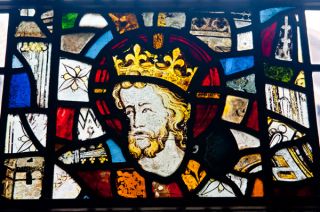 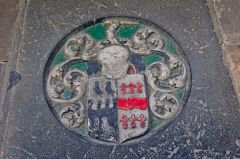 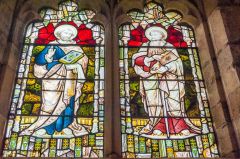