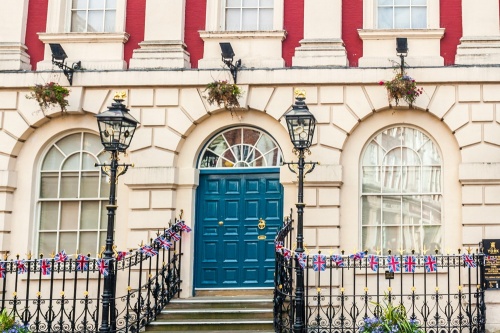 The Mansion House is an elegant Georgian building that has been the official residence of the Lord Mayor of York since the early 18th century. It was the first house in England to be built expressly for a Lord Mayor and was erected at least two decades before the Mansion House in London.

The mansion was established in part because the city council thought that the Lord Mayor ought to have an impressive house to "Keep up the grandeur and dignity of the City" by holding at least two public dining days each week.

In 1722 the council granted a budget of £1000, and construction commenced in 1725. Some things never change - costs were higher than expected and the project soon ran over budget.

Costs were diminished slightly when some craftsmen proved willing to work for free in exchange for being granted the freedom of the city. The first Lord Mayor moved into Mansion House in 1730 but the last major part of the house, the Great Room, was not built until 1732. 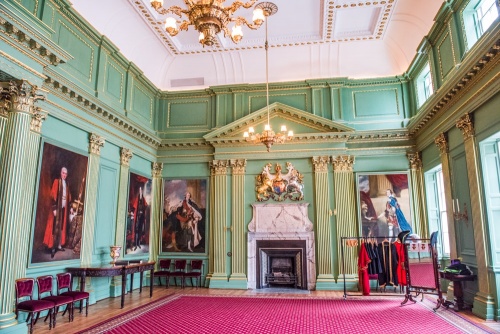 The result was worth waiting for. Mansion House is an outstanding example of Palladian architecture inside and out. Curiously for such an important building, we have no record of who the architect was. One possibility is Lord Burlington, the gentleman architect who designed the nearby Assembly Rooms.

The showpiece chamber is the stateroom on the first floor, an opulent chamber hung with portraits of former Lord Mayors. On display is the old chain of office given in 1612 by a former Lord Mayor Sir Robert Watter.

What is most remarkable is how little Mansion House has been altered since it was built.

Aside from acting as the Lord Mayor's seat and providing a space for entertainment and exhibitions, the Mansion House houses displays of civic regalia including the civic plate, and a collection of silver and other mementoes from York's history. The civic regalia includes the 1549 Bowes Sword, which is used in the York coat of arms.

Even older is a 1437 sword given by Emperor Sigismund. Older by another two centuries is the official York seal, made in the 13th century. 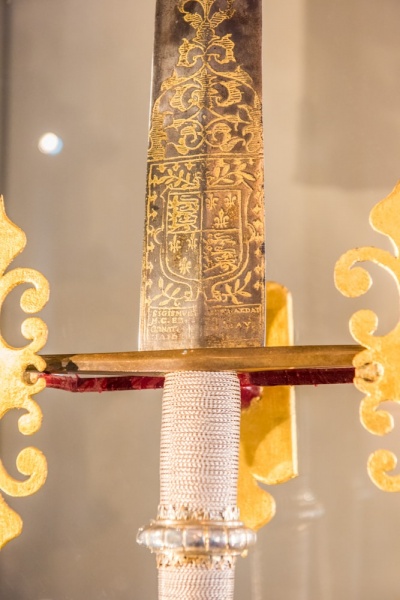 Perhaps the most interesting treasure is the 1580 Cap of Maintenance. A long-standing tradition says that Richard II first awarded the Cap of Maintenance to York in 1396 and gave the city the status of a county.

In 1672 Marmaduke Rawdon left the City of York £100 in his will. The money was used to purchase a silver chamber pot and a gold cup. The chamber pot is the oldest silver chamber pot in Britain. It was used by high-status guests, probably including the Prince of Wales (later George IV) on his visit to York in 1789. The chamber pot is regularly placed on the dining table after the annual mayoral appointment. The cup is used each year to receive the Loyal Toast and to make special proclamations from the Mansion House steps.

There is an outstanding collection of fine porcelain, with pieces often donated by serving Lord Mayors. There are a large number of 18th-century pieces from China, given by the Hollon family.

The Mansion House features a collection of fine furniture, much of it given by George Hudson, the Railway King. Hudson donated the large dining table which was made especially for Mansion House and can be extended to seat 40 guests. 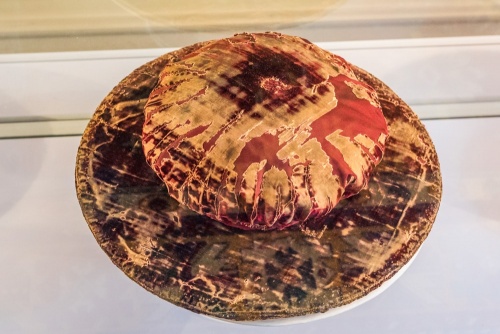 Look for the Hindley Clock in the entrance hallway. This was given in 1731 by Henry Hindley in exchange for being awarded the freedom of the city.

Below stairs is the beautifully restored Georgian kitchen.

The first Lord Mayor that we know of was Hugh de Selby who served in 1217. Lord Mayor of York was elected each year. According to tradition, no Lord Mayor was allowed to hold office more than once every 12 years, the theory being that if someone was allowed to stay in office too long they would be able to exercise too much personal influence, with the threat of corruption.

That tradition did not stop several famous Lord Mayors from holding office in consecutive years. The worst example was Nicholas de Langton, who served as Mayor 16 times over a 20-year span. John de Langton was elected Mayor for 12 consecutive years from 1352.

George Hudson, the 'Railway King', was Lord Mayor three times in 11 years. When Hudson's railway empire crumbled he was forced to flee overseas to escape his creditors. His portrait was quickly removed from Mansion House.

Another famous Lord Mayor was John Carr, the 18th-century architect known for his stately homes, churches and bridges throughout the north of England. 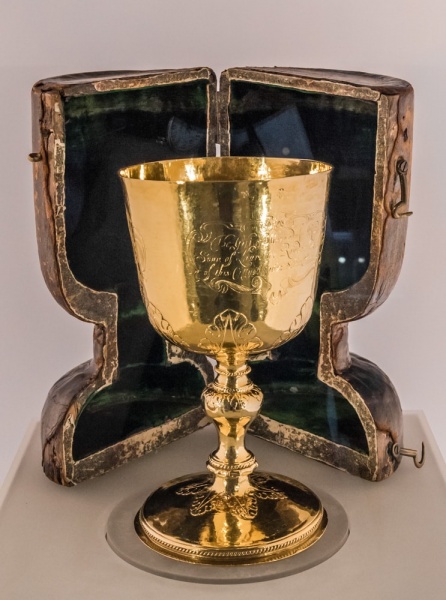 Perhaps the worst Mayor was William Allen (1572) who was almost certainly guilty of embezzlement but was never prosecuted because he conveniently 'lost' the evidence.

Mansion House is extremely easy to reach on foot from central York. The entrance is on St Helen's Square, opposite St Helen's Church. Mansion House is regularly open to visitors but it is always a good idea to check the official website first. 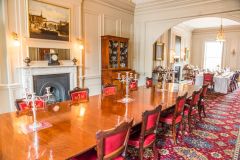 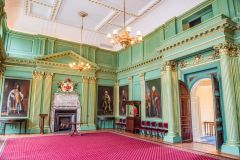 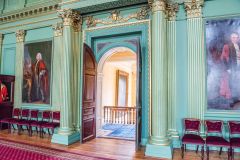 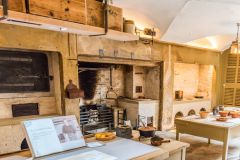 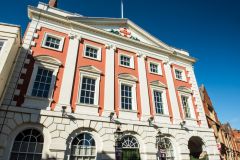 More self catering near Mansion House >>