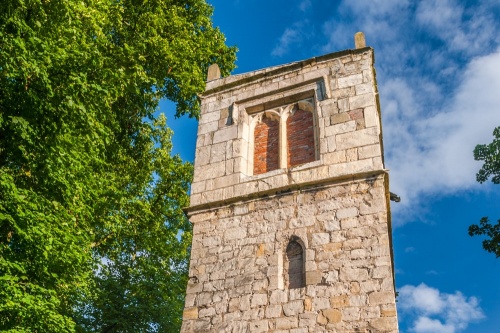 When the historic Norman church of St Lawrence was replaced by a new Victorian building, the old church was pulled down, with the exception of the lovely 12th-century tower, which stands within the churchyard of its Victorian replacement.

The tower features a beautifully carved Norman doorway. This was removed from the nave of the old church and set into the base of the tower when the nave was pulled down. The doorway is in a traditional Norman round-headed design, with four moulded orders.

The capitals of the doorway are carved with grotesque faces and foliage designs. Some of the carvings had become quite worn and has recently been restored with modern replacement carvings echoing the original. One of these modern replacement figures shows Sagittarius firing a bow.

The original St Lawrence had its moment in history when Baroque architect John Vanbrugh was married here in 1719.

While the base of the tower dates to the 12th century, the top was rebuilt in the 16th century. Old St Lawrence is not in regular use and is cared for by the Churches Conservation Trust. There is no access to the tower interior, but the real attraction is the Norman doorway and its wonderful carvings, which can be examined at any time. 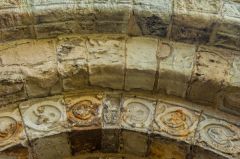 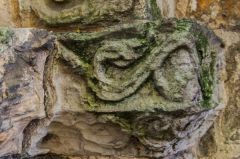