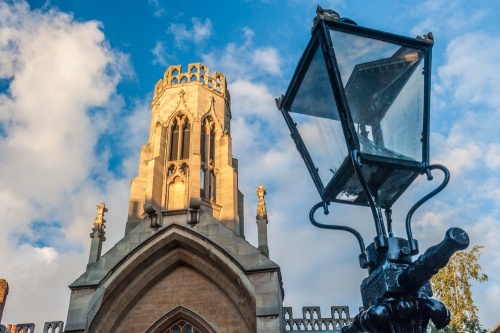 Located in the very centre of York, just across from the medieval Guildhall and the Mansion House, St Helen's Stonegate is easily recognisable by its distinctive lantern tower.

St Helens is named for the mother of Constantine the Great, who was proclaimed emperor here in York. It is one of York's oldest churches, perhaps founded as early as the 8th century, on the route of the old Roman Via Praetoria, the main route into the city.

The first written record comes from the 12th century, but it seems very probable that the earliest part of the present building dates to the late Saxon period. The oldest obvious feature is the font, which dates to the middle of the 12th century and is set on an upside-down 13th-century capital.

The font is beautifully carved with traditional Norman patterns. There is also quite a bit of 12th and 13th-century stonework, but much of what we see today is the result of extensive 14th and 15th-century rebuilding. The south arcade is 14th century. 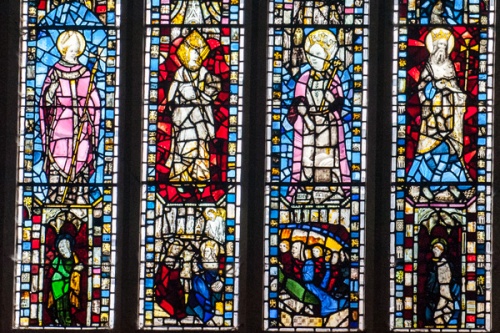 There is a wonderful 15th-century carving of St Michael and All Angels on the easternmost pier of the north arcade. On the other side of the arch is a worn carving of God the Father and Christ receiving a soul, but this is in much poorer condition than the St Michael carving.

One feature which is very easy to miss is the 14th-century window immediately over the western entrance doorway, The window with its beautiful stained glass is partly obscured by the modern entrance porch, and it is all too easy to miss this lovely example of medieval craftsmanship.

One of the figures depicted is St Helen, with a kneeling figure probably meant to represent her son, Emperor Constantine. St Helens was the church favoured by the medieval glaziers of York, so it is interesting to see what they came up with for their 'own' church! 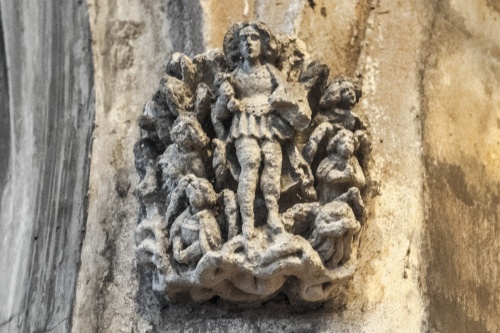 St Michael and All Angels carving

At the opposite end of the church is the east window, quite obviously Victorian, but thought to be a copy of the original medieval east window.

The Church that refused to die

Though St Helen's was made redundant in the 16th century, it survived partial demolition and served an expanding population in the 19th century. It eventually closed in 1910, only to open once again in 1921 to offer a different form of worship to nearby St Martins. Once more Anglican observances ceased in 2003, but it has again reinstated services, some supported by Choral Scholars from the Universities.

The church is usually open daylight hours; it was a quiet haven when we visited, a peaceful refuge from the bustle outside. What really struck me was the colourful 14th-century glass in the west window, and the beautifully vibrant carving on the font. 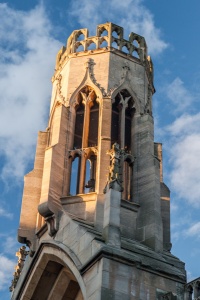 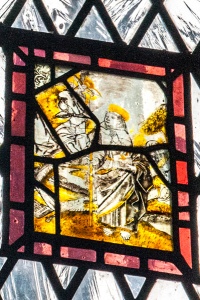 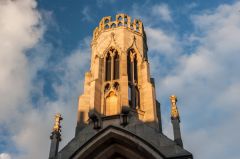 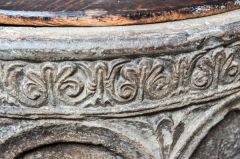 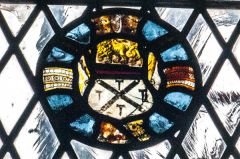 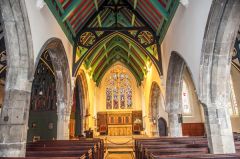