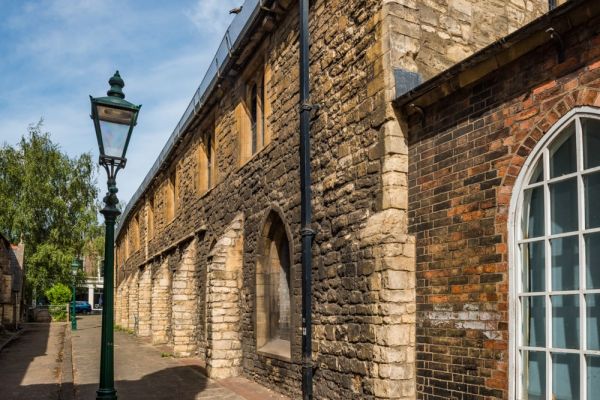 Greyfriars is the oldest Franciscan church building in England. It stands behind St Swithin's church in the Downhill area of Lincoln, between Free School Lane and Broadgate. The building originally served as the infirmary hall for the monks who formed one of four medieval friaries in the city of Lincoln.

The Franciscan friars arrived in Lincoln around 1230, and they were granted land to build a friary. The friary was begun around 1237 and completed about 40 years later.

The friary occupied land bordered on the west by Free School Lane and the east by Broadgate, and stretching from Silver Street to Greyfriar's Passage, or perhaps even further to the River Witham.

The Friary was complete by around 1280, so the remains we see today probably date from the middle of the 13th century. 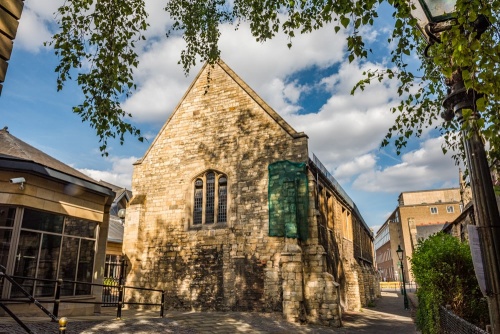 Greyfriars from the west

After the Dissolution of the Monasteries under Henry VIII, the friary was sold into private hands. In 1568 Richard Monson opened a Freeschool, and in 1574 the school was granted to the City of Lincoln. The school occupied the upper floor of Greyfriars until 1900. In 1612 a prison was housed in the undercroft, but by the 1620s the prisoners were gone and in their place was a school teaching the knitting and spinning of wool.

From 1833 the undercroft was used as a meeting place for the Mechanic's Institute, then in 1862 the Grammar School took over the undercroft as well. The building was restored in 1900 after the school closed, and from 1907-2004 it was the home of the City and County Museum. Today it is used for regular exhibitions of Lincolnshire archaeology and local history. 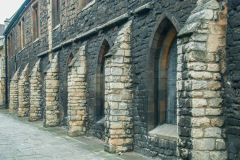 More self catering near Greyfriars

More bed and breakfasts near Greyfriars