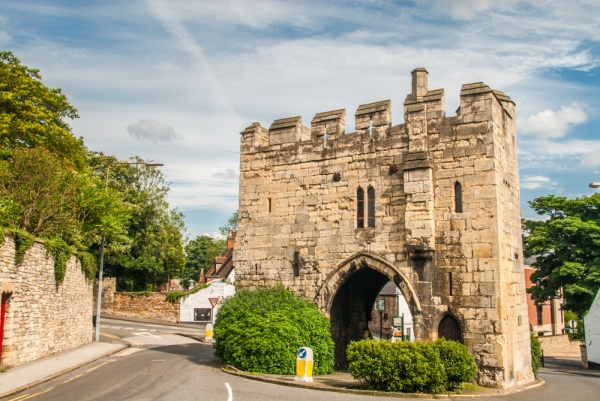 The gateway was built in the middle 14th century of ashlar and dressed stone with a core of rubble, and topped by a lead roof. The top of the arch is crenellated to resemble a castle parapet. On one side of the archway an octagonal external stair turret protrudes from the gateway.

The Pottergate Arch was restored in 1884, and now stands on a traffic island at the bottom of Pottergate street, where the road meets Wragby Road, Lindum Road, and Lindum Terrace. It consists of a single high arch with an upper story above, surmounted by battlements.

In the 19th century, the roadway was widened to allow cars coming up the hill, on the gate's west side, to go around the arch, but cars going downhill still passed through the medieval archway. It was only when double-decker buses were adopted that the archway became unusable and the road was widened on the east side o the gateway as well. The central arch is still open for pedestrian traffic.

Pottergate arch is listed Grade I for its historic interest. The arch is extremely easy to reach from Lincoln Cathedral and the nearby medieval Bishop's Palace. 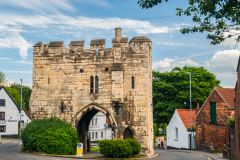 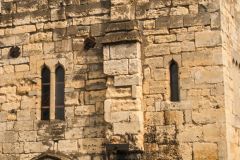 More self catering near Pottergate

More bed and breakfasts near Pottergate