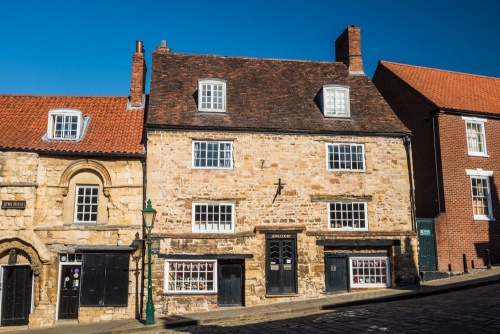 Standing beside Jews House on The Strait, Jews Court was built later than its neighbour, being constructed primarily in the 17th and 18th centuries. Its name probably comes from a synagogue which once stood near the site. An alternative theory is that the Court was itself a synagogue, with its roots in the 12th century.

Jews Court is now home to the Society for Lincolnshire History and Archaeology. Jews played a prominent role in early medieval Lincoln. Many acted as moneylenders, a profession forbidden to Christians. However, a combination of religious zealotry and the chance for borrowers to escape repayment of loans led to the Jews being expelled from the realm in 1290.

More self catering near Jews Court