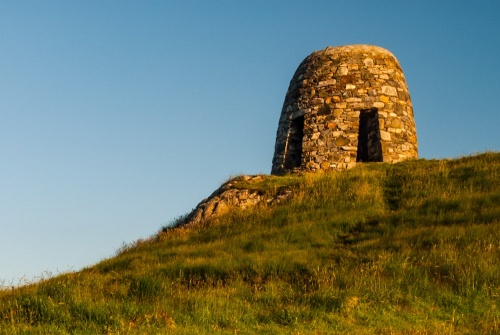 A memorial sculpture outside Balallan commemorates the Pairc Deer Raiders and their contribution to Highland Land Law reform. The monument, also known as the Land Struggle Cairn and the Lochs Memorial, is a reminder of the long and bitter struggle of Highland crofting communities against the indifference of landlords and government.

The Lochs region of Lewis takes in the south-east corner of the island, an area consisting of Kinloch, North Lochs, and South Lochs. South Lochs is also known as Pairc, because it was once used as a deer park.

The inhabitants of the Lochs region, like the rest of Lewis, suffered greatly at the hands of oppressive landlords during the Highland Clearances and the decades that followed.

Crofting families were forcibly removed from land that they and their ancestors had farmed for generations to make way for more profitable sheep and cattle farming or the creation of vast sporting estates. Over thirty crofting communities in Pairc were depopulated during the Clearances. 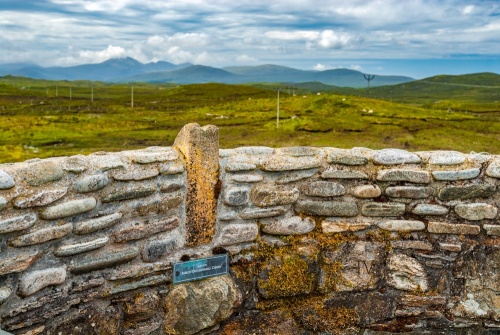 The view from the top

The hardship brought about by this system of land use was immeasurable, and most of the inhabitants of the Lochs lived in poverty and need.

Lady Matheson refused to listen to numerous pleas from the landless families of the Lochs, who were desperate to return to their families' former villages. Instead, in 1886 she converted her husband's 42,000-acre sheep farm in Pairc into a sporting deer park.

It was clear to the residents of the Lochs that Lady Matheson had no interest in their welfare and, pushed to the brink, they fought back. Led by the Balallan (Baile Ailein) schoolmaster, Donald MacRae, the former crofters and cottars of the Lochs came together and devised a dramatic plan. 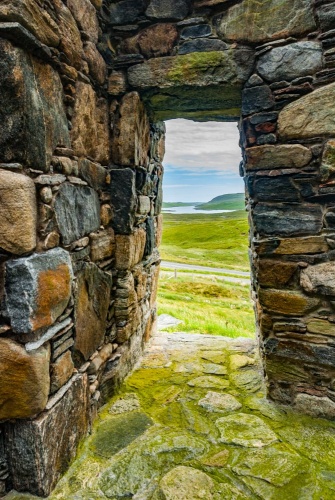 On 22 November 1887, to the accompaniment of bagpipes, they marched into the Pairc deer forest. At Seaforth Head they were confronted by the lessee, Mrs Platt, and her gamekeeper, but they refused to turn back. They camped on the shore of Loch Seaforth and sustained themselves with fresh venison from the deer park.

Perhaps not surprisingly, the authorities acted quickly in support of Lady Matheson, and a detachment of Royal Scots Guards was sent to Lewis with support from British Navy vessels carrying marines.

Sheriff Fraser read the raiders the Riot Act at Ruadh Chleit, going so far as to explain its significance in Gaelic. The raiders were well aware that they could not hold Pairc by force, and feeling that they had made their very public point, dispersed. However, six of the leaders were arrested and sent for trial at the High Court in Edinburgh.

In a dramatic decision, all six of the Pairc Deer Raiders were acquitted of all charges of mobbing, rioting, and trespassing. 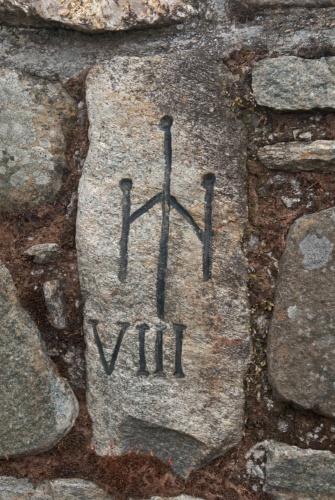 One of the numbered stones

So, was the Pairc Deer Raid a success?

Only in so far as it drew attention to the plight of landless crofters and cottars in the Highlands. It took a long time for meaningful reform to the Highland land laws, but the Pairc Deer Raid and similar efforts at Aignish and, later, at Gress, eventually forced changes in the law and helped re-establish the rights of crofters.

The Pairc Deer Raiders Memorial was designed by Will Maclean and built by stonemason Jim Crawford in 1994. It is one of three memorials by the pair throughout Lewis, the others being at Aignish (NB4832) and at Gress (NB4639).

The memorial takes the form of a conical cairn with an internal stair to a viewing platform. Built into the memorial wall at the major compass points are eight numbered stones. Six were taken from the homes of the men who were tried and acquitted in Edinburgh, one from Ruadh Chleit, and one from the raiders' camp at Airidh Dhomhnaill Chaim.

Three stones project from the top of the memorial. These symbolise the three most important events of the Pairc Deer Raid. An information panel explaining the symbolism of the memorial can be found in the monument's interior. 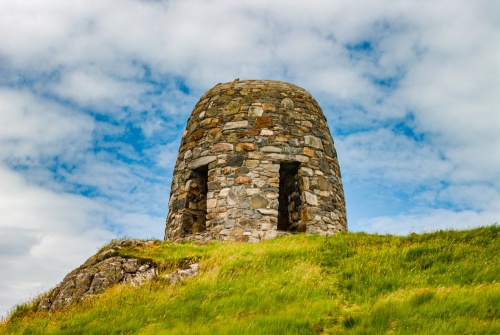 The memorial from below

The Pairc Deer Raiders Memorial stands immediately beside the A859 about 0.5 miles south of its junction with the B8060 at Balallan (Baile Ailein). The monument stands on a low hill to the west of the road.

Look for a brown tourist sign labelled 'Stri an Fhearainn: The Land Struggle' and 'Cuimhneachan air Gasgich nan Loch: Memorial to the Heroes of Lochs'. There is a partly-paved, partly-gravelled access road running parallel to the A859 with access points a few hundred yards south and north of the monument. If you miss the first one, don't worry, just keep your eye peeled for the second turning onto the access road!

Nearby accommodation is calculated 'as the crow flies' from Pairc Deer Raiders Memorial. 'Nearest' may involve a long drive up and down glens or, if you are near the coast, may include a ferry ride! Please check the property map to make sure the location is right for you.

Self Catering near Balallan