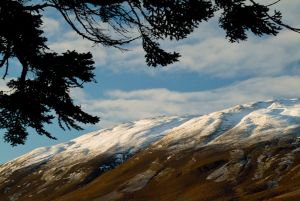 The Cairngorms takes in some of Scotland's most dramatic mountain scenery. The only vegetation in the high mountain areas is Arctic-Alpine. Cairngorms National Nature Reserve provides hill and mountain walking.

The Cairngorms are a mix of ancient forests, rivers, moorland, farmland and lochs; one of the best-preserved areas of remote mountain and moorland habitat in Britain. There are hundreds of miles of footpaths taking in everything from Caledonian pine forests to high mountain landscapes.

Old drove roads like the Lairig Ghru and Lairig an Laoigh are now long distance trails, or you can follow the route taken by smugglers transporting illegal whisky and stolen cattle through the mountains.

Sign-posted long distance trails include the Speyside Way, Deeside Way, and Cateran Trail, and there are a wealth of maps and trail information available from local information points. Most villages have their own community trails as well, so you are always spoilt for choice!

One of our favourite nature areas is the Craigellachie woodland just outside Aviemore. This small woodland and loch are accessed by a footpath from the town centre and offer superb colour in autumn. Another of our favourite walks is at Loch an Eilein on the Rothiemurchus Estate.

The name Loch an Eilein means loch of the island, and on a small island in the middle of the loch stand the picturesque ruins of a 13th century castle. The forest here abounds with native red squirrel and offers superb low-level walking. Loch an Eilein was voted the best picnic spot in Britain in 2010, so bring along your lunch! 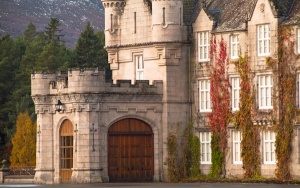 Balmoral Castle
If you fancy something a bit higher up, head for Cairn Gorm ski area. A chairlift at the ski area - 3600 ft. (1097m) high - provides views of the Spey valley. A trail 500 ft (152.4m) up from the chairlift leads to the summit of Cairn Gorm itself with panoramic views in all directions.

One of the most iconic historic sights in the Cairngorms, this single span bridge arches across the River Dulnain at Carrbridge. It was built in 1717 to provide access to the church when the river was heavy with rain. There is a viewing area at river level and another above the bridge on the river bank.

Just outside Kingussie is this 18th-century barracks atop a rocky outcrop. Looking for all the world like a romantic medieval castle, the Barracks were built by George I as part of his attempt to control the Highlands in the wake of the second Jacobite Rebellion in 1745.

Standing in a bleak and barren valley setting, Corgarff dates to about 1550. In 1571 the castle was the scene for a bloody massacre, as the Forbes inhabitants were burned alive by a force of Gordons from Auchindoun. The castle was occupied by Jacobite supporters in the 1745 Rebellion, and after the Rebellion failed it was converted into a military fort based on an unusual star-shaped design. 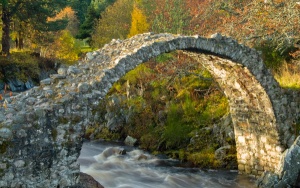 This ruined 13th-century fortress was built by the Earl of Mar in 1250, then strengthened by Edward I of England. The castle was besieged by an English army and only surrendered after a paid informer set fire to the castle's great hall. Kildrummy was refortified and held out against another English siege in 1335 but was abandoned after the 6th Earl of Mar fled into exile following the Jacobite defeat at Sheriffmuir in 1715.

Built in the 1370s for Alexander Stewart, Earl of Moray, known to history as the Wolf of Badenoch. The castle stands atop an Iron age dun. Very little remains beyond a vaulted storage area and stairs to a first-floor chamber, but the location is superb and there are walks through the surrounding Glenlivet Estate.

A tower house standing beside the River Dee, built in 1628 for the Earl of Mar, burned in the Jacobite Rising of 1689, and then rebuilt. In 1715 the new Earl of Mar launched the '15 Jacobite Rebellion at Braemar, but Jacobites burned the castle in the '45 rising. It has recently been restored and houses a very good collection of fine furniture and art.

Scotland's most visited stately home, set in an idyllic Highland landscape on the route to Inverness. The castle dates to the 13th century, but much of what we see today is a mix of Georgian and Victorian splendour, with a superb walled garden a short distance from the house.

Highland home of the monarchy, Balmoral was purchased by Queen Victoria and Prince Albert in 1852. Prince Albert supervised the building of a Scottish Baronial style house that has been used by generations of the royal family ever since. See a royal carriage collection and exhibits of family photos of royals.

A late 16th-century tower house built by John Buchan to mark his marriage. The most famous lord of Glenbuchat was John Gordon, dubbed 'Old Glenbucket', a Jacobite sympathiser who terrified King George II and refused to accept a royal pardon. 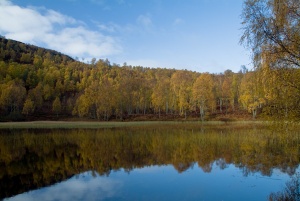 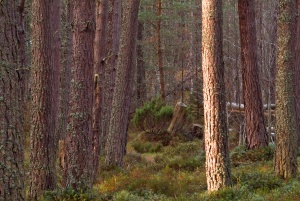 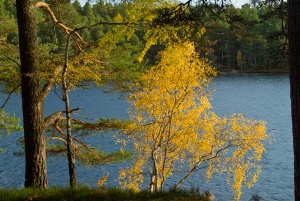 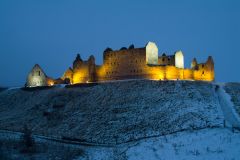 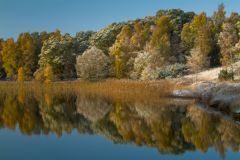 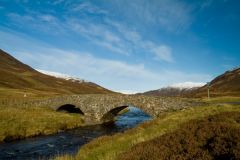 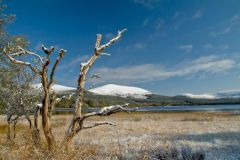 Nearby accommodation is calculated 'as the crow flies' from Cairngorms National Park - Photos and Historic Sites. 'Nearest' may involve a long drive up and down glens or, if you are near the coast, may include a ferry ride! Please check the property map to make sure the location is right for you.