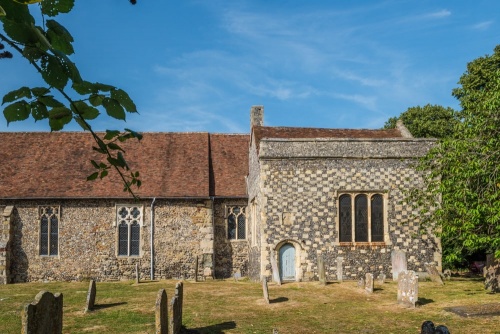 This ancient church is the oldest pre-Conquest church still standing within the city walls of Canterbury. It is a few short steps away from the remains of Canterbury Castle in the southwestern corner of the city.

St Mildred's dates back to the Saxon period. It was badly damaged by a fire in 1246, with the result that much of the current building is of 13th-century construction. Much earlier though, are the large quoins of the south-west corner of the church; these are reused Roman stones. The majority of the windows are 14th century, while the north aisle was added in 1486.

One of the most interesting features of the interior is the king-post roof construction. This is 14th-century work, and utilizes huge timbers. 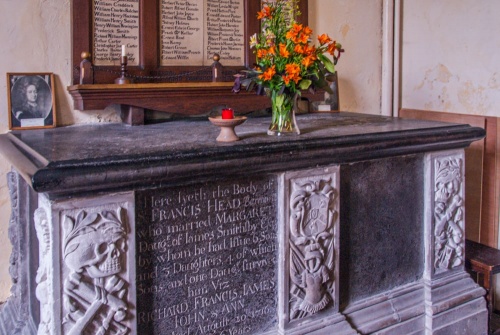 Another interesting feature is the font. This is fairly plain and dates to 1420. What makes it interesting, though, is that it retains its original cover and lifting mechanism for raising that cover.

The carved bench ends date from 1520 and were brought from St John's church when that building was demolished.

The south-east chapel was built in 1512 by Thomas Attwood, four times Mayor of Canterbury. Unusually, a small fireplace is set into the wall of the chapel. Just above and to the left of the fireplace is a window containing a small section of 13th-century stained glass depicting St Mildred. 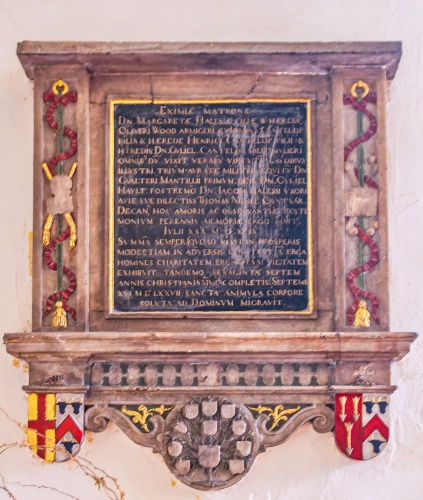 Near the pulpit is a monument to Sir Thomas Cranmer (d. 1640). Cranmer was the nephew of Archbishop Thomas Cranmer, he of Reformation fame.

In the churchyard, behind the east end of the church, is the grave of Alderman Simmons, who donated Dane John Gardens to the city of Canterbury.