HERITAGE HIGHLIGHTS:   The church where Christopher Marlowe was baptised. 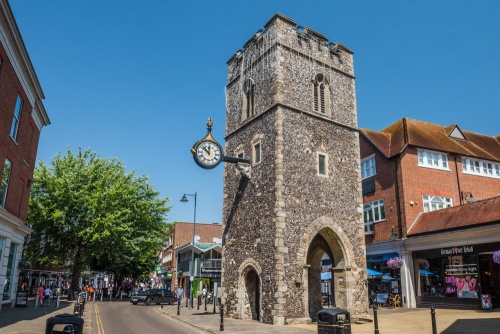 The clock tower is all that remains of the medieval church of St George the Martyr. The church is best known as the place where the Canterbury native, playwright Christopher Marlowe was baptised on 26 February 1564.

It is not clear when the first church on this High Street site was built; it is likely that there was a Saxon church here, possibly as early as the 7th century. However, the earliest evidence we have only pushes the date back to the 11th century. Recent archaeological excavations have discovered a late Iron Age or early Roman ditch beneath the church.

The church was expanded several times from the 12th to 14th century; a testament to the rapid growth of medieval Canterbury. During one of these expansions in the late 14th or early 15th century, the current clocktower was added. At that time it would have stood within the west nave of the church. It features a crenellated parapet and two-light windows in Perpendicular style. 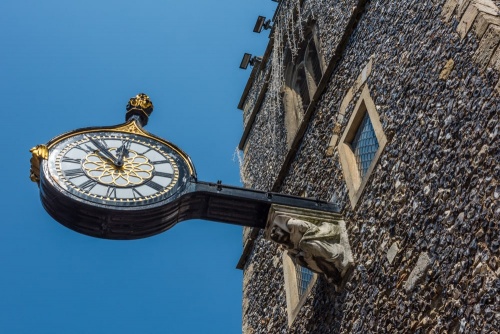 When the nearby church of St Mary Magdalene in Burgate was largely demolished in 1872, St George's was expanded again to take in the extra parishioners. However, this enlarged church of St George was not destined to last, as the church was badly damaged by German bombs on 1 June 1942 in a 'Baedecker raid'. That same raid totally destroyed the nearby house in which Christopher Marlowe was born.

The remains of the church were demolished in 1955, but the tower was saved to stand as a historic landmark.

There are two plaques attached to the exterior wall of St George's Tower. One commemorates the church's connection with Christopher Marlowe, while the other marks the 50th anniversary of the Baedecker raid that destroyed the rest of the church.

There are several 18th-century grave slabs set into the tower floor. 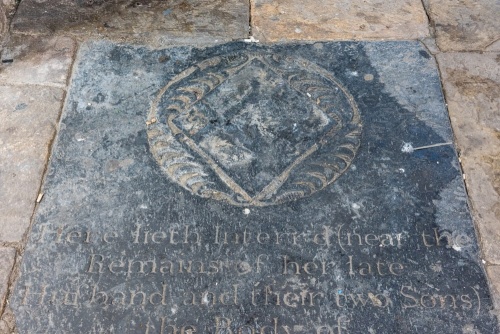 St George's Tower stands on St George's Street, at the eastern end of Parade. It is easy to reach on foot from the city centre and cathedral.

Note: there are two medieval church towers in Canterbury, and it is easy to confuse the two. The other is St Mary Magdalen Tower, which is a block north of St George's Tower in Burgate. The easiest way to tell the two apart is that St George's Tower has a clock projecting from the tower wall. 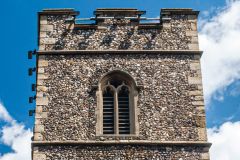 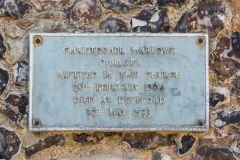 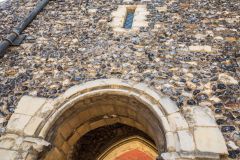 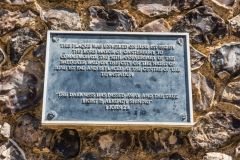 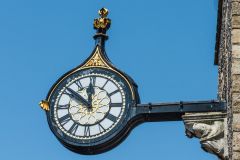