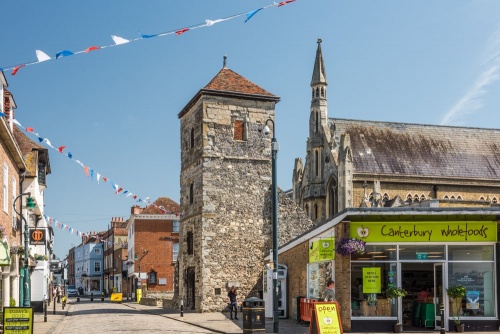 The tower is all that remains of the medieval church of St Mary Magdalene, which stands near the eastern end of Burgate, in the heart of historic Canterbury, a short stroll from the cathedral. The church was pulled down in 1871 after it had become ruinous. The tower is a 1503 rebuilding of an earlier medieval structure.

In a specially built display area at the base of the tower is a fanciful Baroque memorial to the Whitfield family, dated 1680. This monument is in the Flemish style often associated with Grinling Gibbons and Arnold Quellin. It has been restored with the help of the Victoria and Albert Museum in London.

Beside the tower, in the area formerly occupied by part of the old church, is a pleasant garden area, behind which is the 19th-century Catholic church of St. Thomas of Canterbury. 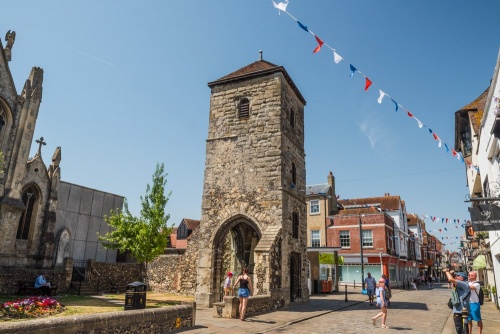 The tower from the east

One of the bells of St Mary Magdalene was transferred to St George the Martyr church, which itself was pulled down after it suffered bomb damage in WWII. The bell tower of St George's Church stands a very short stroll away on St George's Street.

From the cathedral; entrance simply stroll east along Burgate and you will see the tower of St Mary Magdalene ahead on the right hand side of the road. 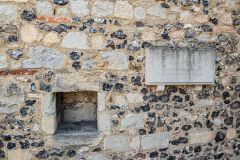 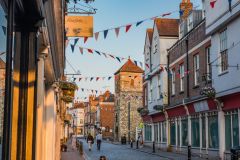