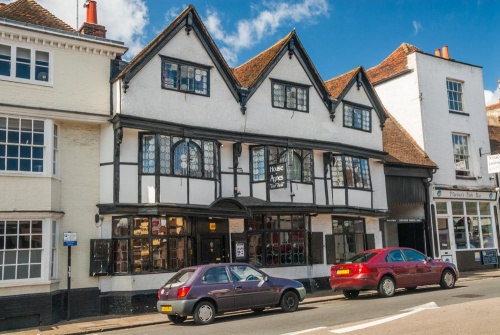 The House of Agnes is a beautiful half-timbered medieval coaching inn just outside the old city walls of Canterbury. It takes its name from the character Agnes Wickfield, in the novel David Copperfield, by Charles Dickens. Dickens set several scenes from the novel in this inn, which dates to the 13th century.

The House of Agnes stands directly on the route followed by generations of medieval pilgrims making the journey to the shrine of St Thomas a Becket at Canterbury Cathedral.

The inn stands on the site of a Roman cemetery and pottery kilns. Behind the inn is the largest walled garden in Canterbury, and a heritage-listed maze.

Renovations at the House of Agnes in 2005 unearthed a rare find; a late 14th-century navigational instrument called an astrolabe, or quadrant. The 'Canterbury Quadrant' as it became known, is now on display at the British Museum in London. It is one of only 8 examples in the world. 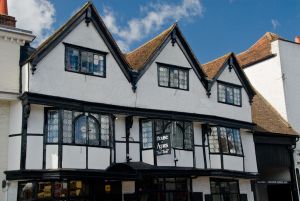 Nearest Accommodation to House of Agnes:

More self catering near House of Agnes >>

More Hotels near House of Agnes >>

More bed and breakfasts near House of Agnes >>