HERITAGE HIGHLIGHTS:   The main medieval entrance into the city of York still stands 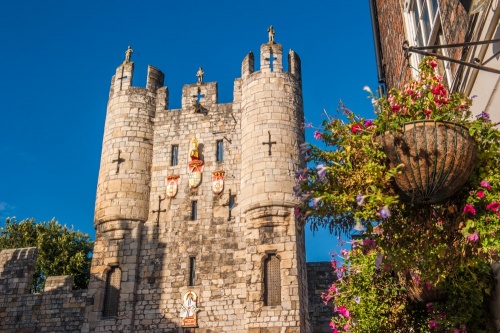 Micklegate Bar stands on the course of York's famous wall walk and served as the most important medieval gateway into York. Micklegate is one of the last surviving medieval city gates of York and was the main entrance into York throughout the medieval period.

The Henry VII Experience is located inside the medieval gatehouse, encased in history! The museum explores Henry VII's links to York, the story of Micklegate and its role in the history of York.

The importance of Micklegate is apparent when you consider the meaning of the name; a combination of 'mykill' (great) and 'gata' (street), giving 'Great Street'. Such was the importance of the Bar that any reigning monarch traditionally entered the city here.

More gruesomely, the heads of executed traitors were displayed on spikes from the top of the Bar, to serve as a warning to passers-by. Replica heads are displayed inside the museum if you have a mind to relive that particular feature of Micklegate's past! 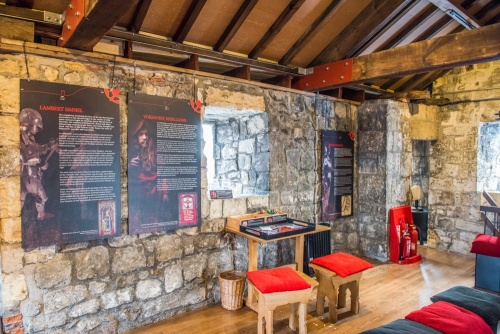 The Bar dates to the 12th century, though it has been remodelled numerous times in the intervening centuries. It was rebuilt in the late 12th century, and in the 14th century it was extended to create a three-storey structure with a portcullis, to control passage through the arched opening. Most of the external facade we can see today dates from the 14th century.

The side of the Bar facing Micklegate (i.e. inside the walls) was rebuilt in plaster and timber around 1585, and passages on either side of the main gate were inserted in 1753 (north side) and 1863 (south side).

There have been numerous Roman finds in the area of Micklegate - indeed, pieces of Roman stone, including a stone coffin, have been integrated into the Micklegate Bar structure - but the actual gatehouse is not on the line of the Roman walls.

Not only was Micklegate a gateway into medieval York, but it served as a dwelling house. A special exhibition in the museum shows what it was like for the families that lived within these thick stone walls. Another exhibition area tells the bloody tale of the Battle of Towton, the decisive battle of the Wars of the Roses. 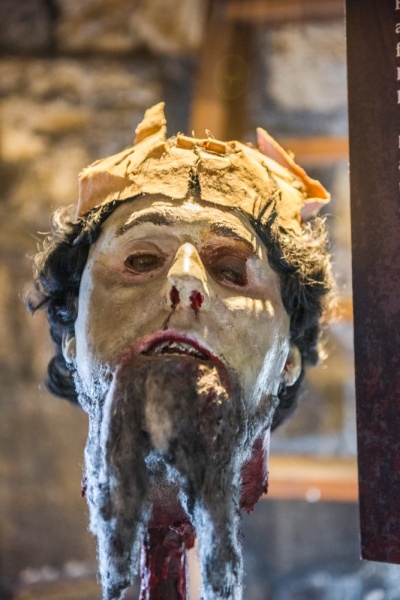 The Bar had a role, albeit second-hand, to play in the battle. In the events leading up to the conflict Richard, Duke of York, the future Edward IV's father, his brother, and other Yorkist supporters were executed and their heads stuck up on Micklegate Bar, as was customary at the time.

After the Battle of Towton, the victorious Edward entered York in triumph, only to find the heads of his family still there over the gateway. He retaliated by executing major Lancastrian supporters, whose heads took their place atop the Bar. Some artefacts from the battle are on display, as well as information panels on the background to the battle.

Within the historic gatehouse is the Henry VII Experience, exploring the first Tudor monarch's life and his connection to York. One feature is a suitably gruesome replica of the head of Richard, the 3rd Duke of York. Tradition says that after Richard was slain at the Battle of Wakefield in 1460 his head was chopped off and displayed atop Micklegate, adorned with a paper crown to mock his claim to the throne. 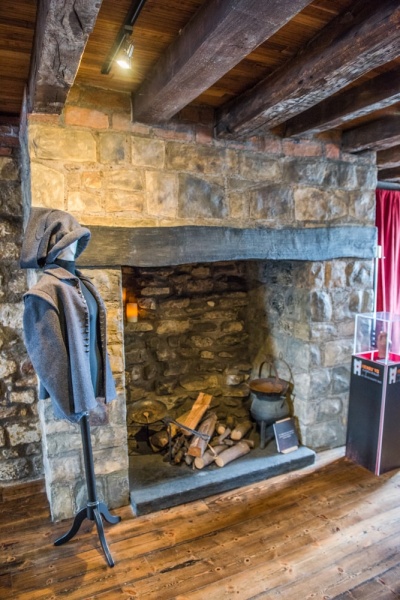 Another part of the Henry VII Experience looks at the story of Lambert Simnel, a pawn in the power game of nobles, who was put forward as Edward, Earl of Warwick in a bid to topple Henry from the throne in 1486. Henry paraded the real Earl of Warwick, but Simnel's backers launched an invasion from Ireland that ended in defeat at Stoke. Simnel was spared and sent to work in the royal kitchens.

Then there is a display on how York was a centre for discontent against Henry VII and his son Henry VIII, from tax revolts to riots against the Crown. Henry VII once told the Mayor of York that if he did not keep order in the city 'I must and will put in other rulers that will rule and govern the city according to my laws'. It didn't help.

The museum has a variety of fascinating artefacts illustrating local history, including a display of a medieval apothecary's remedies. Look for a 14th-century pottery drinking jug and a relief carving by local sculptor Mark Hessey dated 1852. 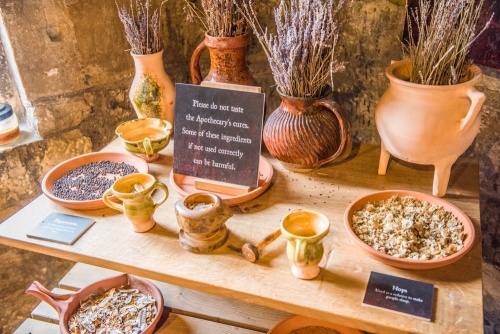 The museum runs a regular programme of education, and there are a variety of educational materials available for families and school groups.

Note that as of this writing an admission ticket to the museum will give you free admission for 12 months. Your ticket also gives admission to the Richard III Experience, housed in Monk Bar. The museum is usually open daily.

NOTE: The exhibition is temporarily closed as it is unable to meet government guidelines for social distancing in such a small, historic building. Please check the official website for opening details. 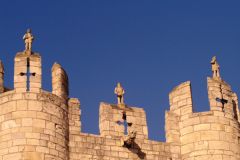 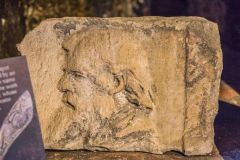 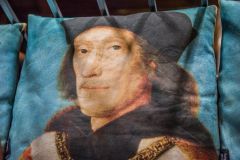