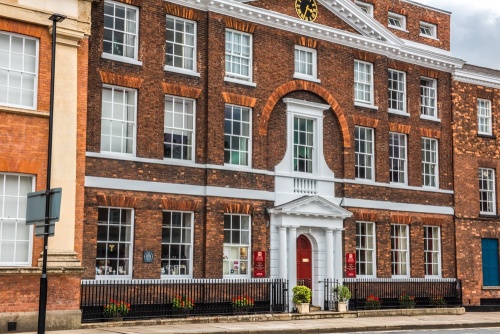 This small convent of Catholic sisters was founded in 1686. The splendid neo-classical domed chapel was built in 1766 to designs by Thomas Atkinson. The dome is painted white, with accents in gold. Eight fluted columns support the dome. Joseph Hansom, the inventor of the hansom cab, was baptised here in 1803.

In 1686 Frances Bedingfield bought a modest house just outside Micklegate Bar to serve as a home for the Congregation of Jesus, a religious order established by a York native named Mary Ward. The house was intended to serve as a boarding school for Catholic girls, but it quickly evolved into a free day school.

Catholic worship was illegal at the time, so the sisters of the convent disguised themselves in ordinary clothing to avoid suspicion. Initially impoverished, the convent's fortunes rose when a rich woman named Elizabeth Stansfield joined the Order.

Using Stansfield's money Mother Ann Aspinal brought in architect Thomas Atkinson to design a new complex of elegant Georgian buildings to act as the convent's home. These Grade I listed Georgian buildings are still home to the Order and also house a museum, library, archives, and a hidden chapel. 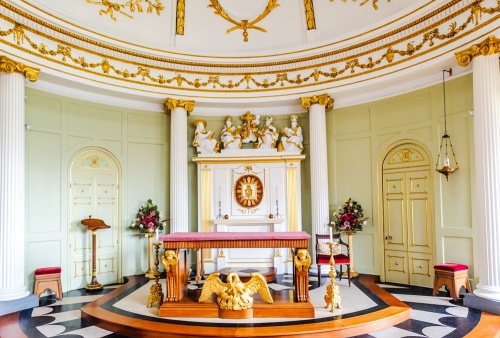 The convent buildings originally enclosed an open courtyard. In the mid-19th century GT Andrews, who also designed the original York railway station, built a glass roof over the courtyard to create a wide, light-filled entrance hall. The convent museum is housed in the Victorian Day School buildings.

In WWI the convent served as a refuge for Belgian nuns and refugee children, and the concert hall became a hospital ward for wounded soldiers. In 1921 the day school and boarding school merged to become the Bar Convent Grammar School, now administered by the Diocese of Middlesbrough.

One of York's treasures - and one that most visitors never hear about - is the chapel of Bar Convent. The chapel was designed in elegant neo-classical style by architect Thomas Atkinson and finished in 1769. 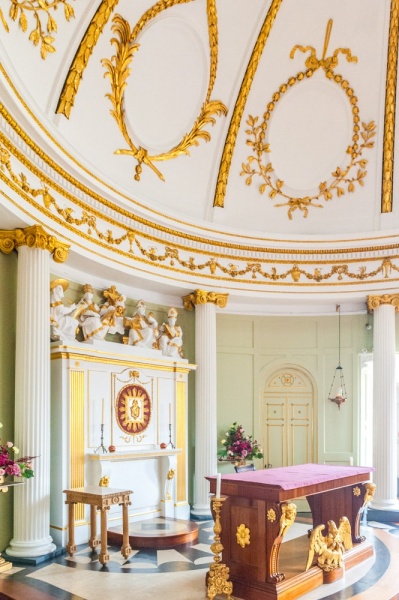 The Chapel altar and dome

At the time the chapel was constructed it was still illegal to hold Catholic services in Britain, so Atkinson's design hid the chapel from view at the back of the main Convent buildings and even hid it from view from the garden within the convent complex.

This explains why the chapel windows are plain, revealing nothing of the nature of the chamber within. Atkinson also designed 8 exits, to allow worshippers to escape more easily should the need arise to flee. There is a secret priest's hole - so secret in fact that its very existence was forgotten until it was exposed during electrical repairs during the early 20th century.

The chapel is always open to visitors, who may view the relic of St Margaret Clitherow. 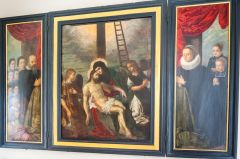 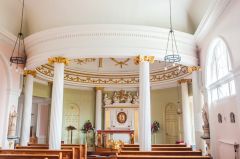 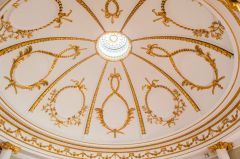 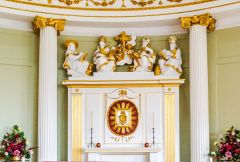 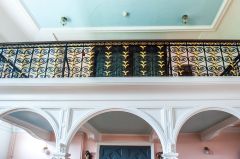 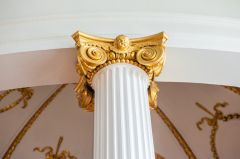 More self catering near Bar Convent >>