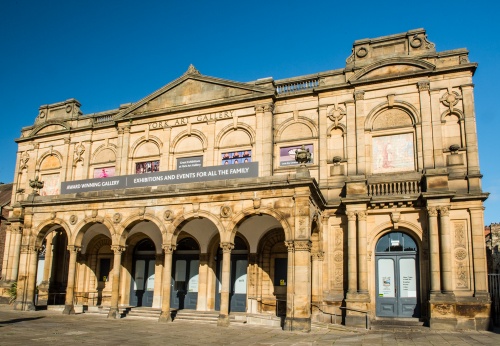 The York Art Gallery (formerly the City Art Gallery) is a public art gallery across from York's historic Bootham Bar. The Gallery is home to the finest collection of artwork in York, with works spanning 600 years, including paintings, sculpture, and ceramics. It holds the largest collection anywhere of works by York artist William Etty, and a statue of Etty stands in the square in front of the museum entrance.

In 1866 York was the setting for the 'Yorkshire Fine Art and Industrial Exhibition', inspired by the Great Exhibition of 1851 in London. Thirteen years later in 1879, a second Exhibition was planned. As part of the second Exhibition, a large public gallery was erected to a design by Edward Taylor a stone's throw west of Bootham Bar, one of the historic medieval gateways into the walled city.

The 1879 Exhibition was a huge success, attracting over 500,000 visitors and making a profit of some £12,000. The Gallery was kept intact after the Exhibition closed, and from 1880 it was known as the Yorkshire Fine Art and Industrial Institution. 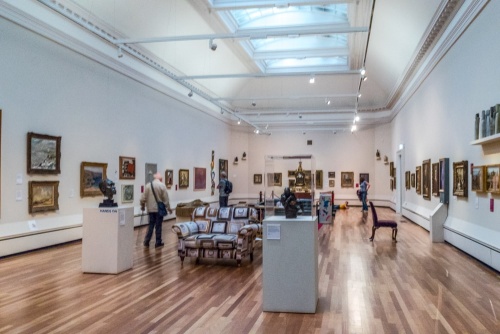 In 1882 a retired horse dealer named John Burton bequeathed his art collection the city. Burton had served on the organising committees of both the 1866 and the 1879 Exhibitions. He had intended to leave his paintings to the National Gallery in London but was persuaded to alter his will and leave them to the new gallery here in York.

In 1934 WA Evelyn left a huge collection of historic photographs of York to the Gallery. After WWII the Dean of York Minster, Eric Milner-White presented the Gallery with 35 British paintings, while another local benefactor named Lycett Green gave the Gallery his collection of Old Master Paintings.

The original Gallery was about twice the size of the building we see today, with a huge Great Exhibition Hall stretching out to the rear. This Hall was six times as large as the present Main Gallery and served as a multipurpose event venue, hosting things as diverse as cock fighting and boxing matches. The Hall was struck by bombs in WWII and pulled down in 1942.

The Gallery overlooks Exhibition Square, built as the centrepiece of the 1879 Exhibition. The Gallery was renamed the City Art Gallery in 1892 but is now known as the York Art Gallery. 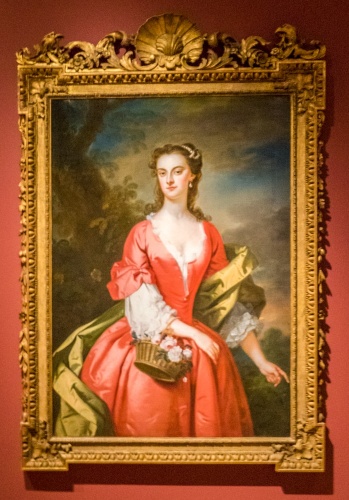 There are several themed areas within the Gallery including Decorative Arts, Paintings, Studio Pottery, and Works on Paper.

The Painting Collection has over 1,000 works of art from the 14th century to the Victorian period. See a series of golden panels from Italy made to serve as church altarpieces. There are large collections of Dutch and French art, as well as British paintings from the Tudor period to the present day. The collection includes works by local artist William Etty and the early 20th-century collective known as the Camden Town Group. 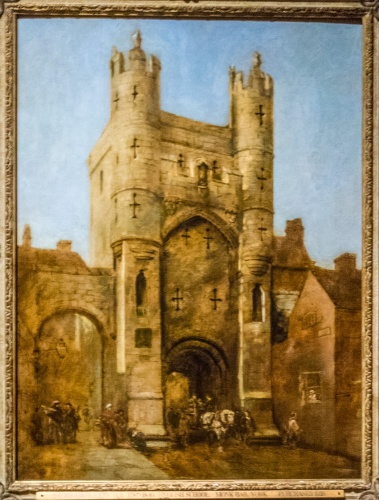 The works on Paper Collection has over 17,000 watercolours, prints, and drawings. Roughly half of these works are landscapes and some 4,000 show scenes of York. In addition, the collection has works by such famous artists as JMW Turner, Thomas Girtin, and Thomas Rowlandson. There is a large collection of archival material by William Etty, such as sketches and personal letters.

One striking object is an Automaton Clock built in the 1780s. The case dates to the middle of the 18th century and the clockwork mechanism to the 1770s. The is a marvel, with 26 moving figures on the front with more figures behind crossing a bridge. A figure of Hercules strikes the hours. 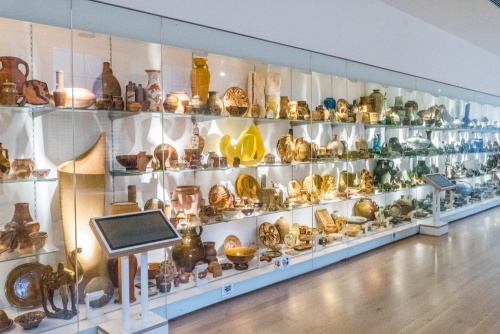 The Centre of Ceramic Art (CoCA)

There is a charge for admission. 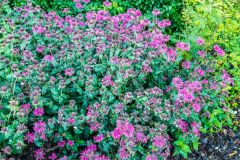