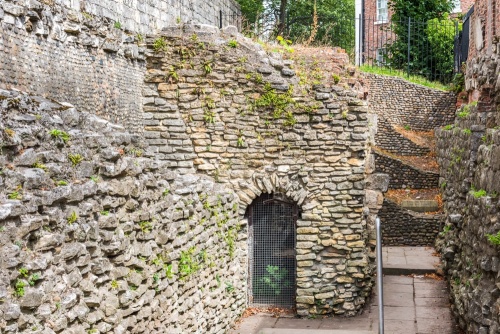 Tucked away in a corner of Museum Gardens in York is the 'Anglian Tower', thought to be one of only two non-ecclesiastical Anglo-Saxon structures surviving in Britain. The square Anglian Tower is built onto the interior face of the Roman city walls of York. The ground-level arched doorway is intact and leads to a tunnel-vaulted inner chamber with another door opposite.

But when was it built?

There are no comparable secular buildings of this date in Europe, so there really isn't anything to compare the Anglian Tower to. That means that estimates of when it was built are educated guesses at best. 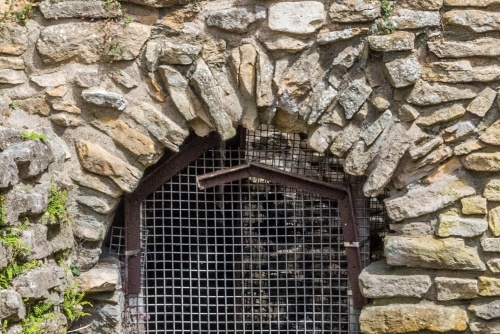 The tower might date to the very end of the Roman period in the early 5th century AD, or to the early Anglo-Saxon period. It has traditionally been associated with King Edwin of Deira (586-633), who rebuilt the defences of York in the early 7th century. King Edwin was baptised at what is now York Minster in AD 627.

Around AD 900 the Roman walls were backfilled to create ramparts and the tower was lost beneath rubble for over 900 years. It was rediscovered in 1839 by workmen digging a tunnel between Mint Yard and St Leonard's Place. It was not fully excavated until 1971. Sadly, the man leading the excavation, Jeffrey Radly, died on-site during the dig. 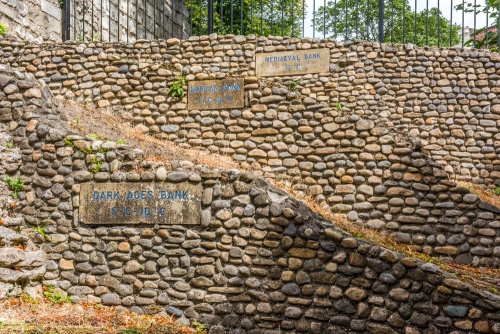 Revealed levels of the ramparts

The Anglian Tower originally stood two storeys high but only one storey remains. The Anglo-Saxon walls may stand atop an earlier Roman foundation. The tower is built of roughly dressed oolitic limestone blocks with a brick-vaulted roof. It stands about 4.5m high (roughly 15 feet) and may be between two mural towers on the south-western side of the Roman fortress.

We don't know exactly when the tower was built, but the next question is why was it built?

There are two ground-level opposed doorways allowing a sentry to walk directly through the tower, but the chamber within the tower appears to have no other function than to allow an unobstructed passage.

The missing upper storey may have served as a watchtower or acted as an artillery platform or a protected area for archers. The tower might also be one of many as yet undiscovered towers erected at the same time to strengthen the city's defences. 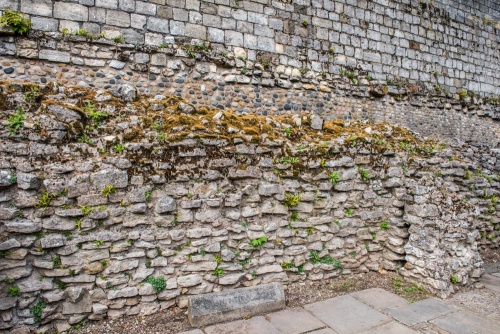 Remains of the Roman interval tower 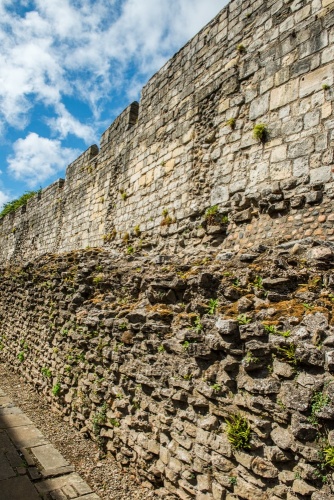 The Anglian Tower is best-accessed through the Museum Gardens. Take the path leading off to the left of the Multangular Tower through a doorway in the city wall. Turn left and you will see the Anglian Tower directly in front of you. Beyond the tower is an excavated area of the Danish ramparts, with plaques at different levels showing how the city's defences developed over the centuries.