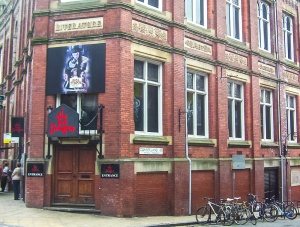 Buried deep beneath the streets of York is the most horrifying museum in the north of England. York Dungeon is a journey through the past of York - the dark, terrifying past. The exhibits recount horrifying deeds and doers, from the graphic torture of York native Guy Fawkes to the death of highwayman Dick Turpin.

There are displays of torture and punishments including branding, boiling, beheading, roasting and drowning. Walk through a recreation of the Black Plague in York, and peer into a medieval dungeon cell. The York Dungeon is not for the faint of heart.

The Dungeon is best-described as a live-action horror show, based around live tours led by costumed actors. The tours do have comic elements, so it's not an unrelenting gore-fest. Tours last between 60-90 minutes and begin very frequently throughout the day. There's no chance of sitting around waiting for the next tour to begin!

The Dungeon has evolved over time and displays may change, but as of this writing, some of the more popular experiences on the tour include a recreation of the 1551 Great Plague, set in a plague doctor's surgery. Another exhibit depicts the Golden Fleece Inn, where visitors are regaled with ghost stories.

Then there's the Torture Chamber, with all-too-real implements used for torture over the centuries. Unlike other locations in the Dungeon chain of attractions, like the London Dungeon, there are no rides, due to the cramped nature of the site.

More self catering near York Dungeon