HERITAGE HIGHLIGHTS:   A good example of a Highland 'tin church' 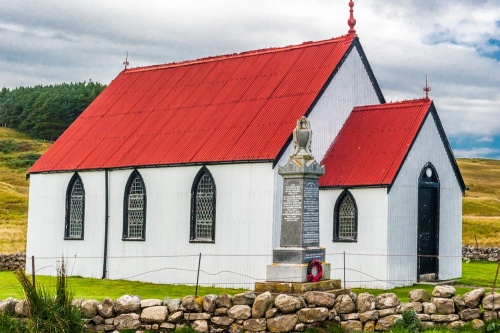 Beside the road junction at Syre, in Strathnaver, stands a corrugated iron church erected in 1891 as a Mission Station for the Free Church of Scotland in Altnaharra, 25km away at the western tip of Loch Naver.

The church was probably built by the Frederick Braby Company of Glasgow. The provenance is guesswork, based on the fact that the roof ridge detail is the same as detail in the Braby catalogue of 1893.

The exterior is corrugated iron, while the interior is lined with wood. There is a small porch, or vestibule, at the east end, and three Gothic-style windows in each wall of the man body of the church. The walls are white, the roofs red, and the window surrounds are black, creating a vivid and striking picture. 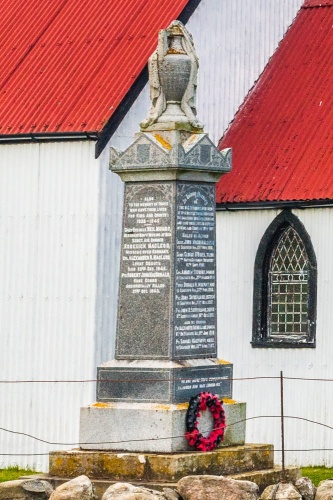 The church is typical of the numerous prefabricated churches, sometimes called 'tin churches', erected in isolated areas of the Highlands during the Victorian period and beyond. Despite the fact that they were often called tin churches, these buildings were usually made of galvanised and corrugated iron.

Galvanising was essential to preserve the building from the worst effects of the damp Highland climate. The church was originally lit by oil lamps, but these have now been augmented by electric lights.

The new church served the scattered community of Strathnaver, composed mainly of shepherds, ghillies, and gamekeepers in the employ of the Sutherland Estates. Before the Clearances began in earnest in 1811, the inhabitants of Strathnaver congregated at the church in Achness, a few miles south of Syre. After the Clearances had decimated the population, there was no need for a church. 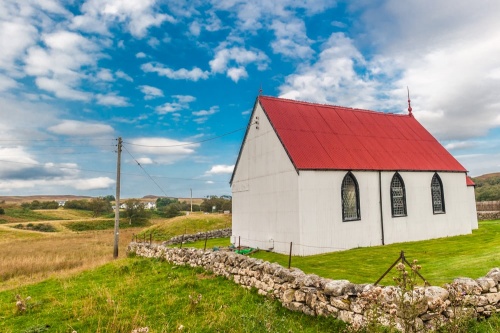 The church from the south

The population of Strathnaver increased in 1901 when a portion of Syre Farm was purchased by the Congested Districts Board and offered for rent as smallholdings. Twenty-nine parcels of land were rented out, some to descendants of families who had been cleared off their land over 80 years earlier.

In addition to the church, there was a corrugated iron barn to the south (now demolished) and the farmhouse, known as Patrick Sellar's House after the Sutherland Estates factor who was responsible for the worst of the Clearances in the area and later operated a large sheep farm on the cleared land. 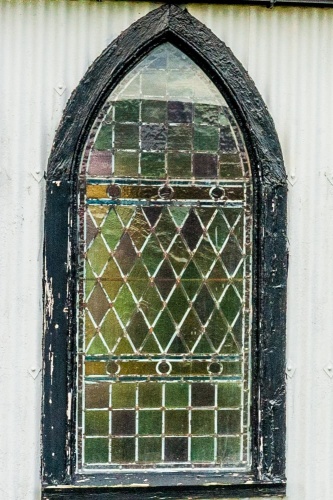 In the church grounds, close to the road, is the Strathnaver War Memorial, engraved with the names of 16 local men who lost their lives in the First and Second World Wars. Twelve of the men were killed in WWI, seven while serving with the Seaforth Highlanders.

The church is generally open daily to visitors, though it was locked when we visited.

Syre Church is part of the Strathnaver Trail, linking historical sites along the glen, including prehistoric burial sites, stone circles, Clearance villages, memorials, and the Strathnaver Museum in Bettyhill.

Nearby accommodation is calculated 'as the crow flies' from Syre Church. 'Nearest' may involve a long drive up and down glens or, if you are near the coast, may include a ferry ride! Please check the property map to make sure the location is right for you.

More self catering near Syre Church