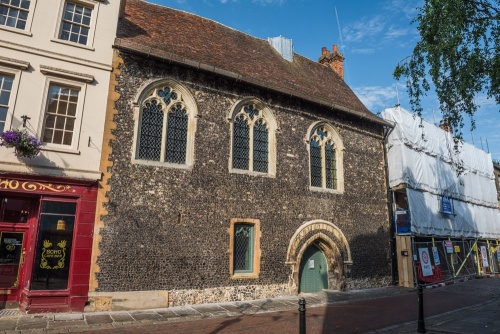 Established in the 12th century by the Archbishop of Canterbury as a place of hospitality to pilgrims, Eastbridge Hospital has operated as an almshouse for the last 400 years, a role it continues to fill today. View the Gothic undercroft, Pilgrims Chapel, and see the Refectory with its 13th-century wall paintings.

Pilgrims began descending in large numbers on Canterbury in the decades immediately following the murder of Thomas Becket in 1170. So many pilgrims, in fact, that Edward FitzOsbern was moved to establish St Thomas Hospital on the East Bridge on Canterbury's busy High Street.

This new foundation was not a hospital in the modern sense, but a place where pilgrims could find accommodation and meals while staying in Canterbury to visit Becket's shrine. 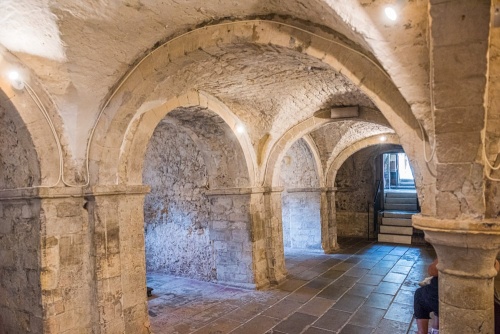 The link to Becket did not stop there, for the first Master of the Hospital was probably Becket's nephew, Ralph.

The Hospital declined over the next century or so until it was re-founded in 1324 by Bishop Stratford. The next century saw St Thomas's prosper, and at the time of Chaucer's Canterbury Tales it was at the height of its wealth. The Master of Eastbridge Hospital was not just responsible for running the Hospital, he also had to maintain East Bridge itself. 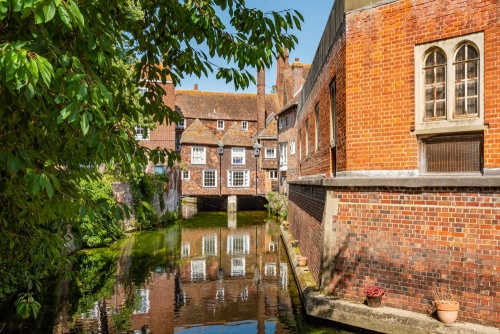 Eastbridge Hospital from the rear

The Dissolution of the Monasteries indirectly affected St Thomas, when Becket's shrine was destroyed and the number of pilgrims dropped. In 1569 a school was established at the Hospital, and this continued for almost 300 years. Then in 1584, an act of Parliament changed St Thomas's remit completely; it was ordered to offer accommodation for 10 poor residents of Canterbury and to provide a dole payment to 10 more. 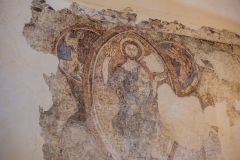 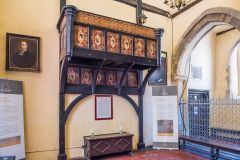 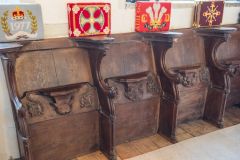 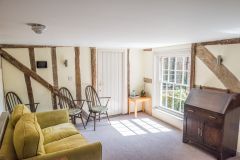 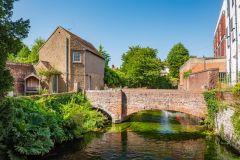 More self catering near Eastbridge Hospital of St Thomas >>

More bed and breakfasts near Eastbridge Hospital of St Thomas >>