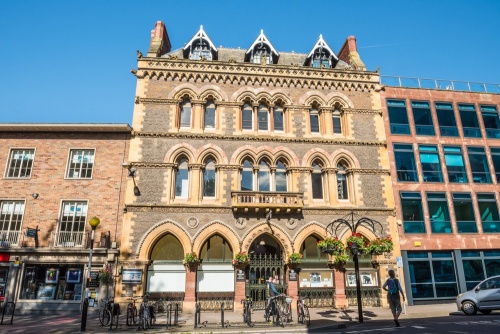 Occupying a stunning Victorian Gothic building on Broad Street, a stone's throw from Hereford Cathedral, is the Hereford Museum and Art Gallery. The building has been exhibiting fine and decorative art objects with local links since 1874.

The museum opened on 8 October 1874 as a gift to the city from James Rankin, the President of the Woolhope Naturalists' Field Club. The club, founded in 1851, is focussed on the geology, history, natural history, and archaeology of Herefordshire. The Club is named for the Woolhope Dome, an outcrop of Silurian rocks near Woolhope village, south-east of Hereford.

The building was designed by FR Kempson and is an excellent example of Gothic Revival architecture, with a five-arched symmetrical arcade at ground level and a mix of coursed grey stone with yellow ashlar dressings under a Welsh slate room. The interior highlight is a beautiful 19th-century dog-leg staircase with wrought-iron balusters to the first-floor level. 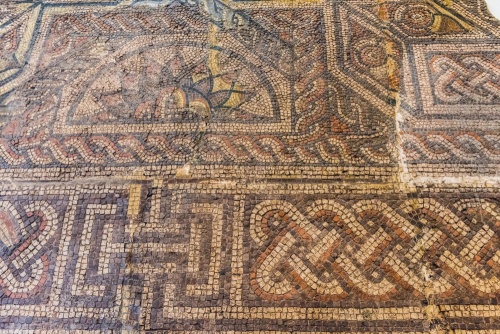 Lining the staircase leading to the museum on the first floor is a series of 4th-century Roman mosaics brought here from a villa at Kenchester (the Roman 'Magnis') about six miles west of Hereford. Also from Kenchester is an inscribed stone carved with a Latin phrase that may translate as:

In the Reign of the emperor Caesar
Marcus Aurelius
Numerianus
to
the City of the state of the Dobunni.

The Dobunni were a native tribe local to the Herefordshire area. The stone is thought to have been carved around AD 283 and may have been used as a milestone. It is a very rare artefact from the brief reign of the Emperor Numerian. 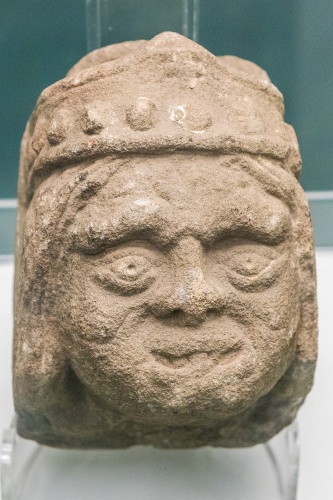 The museum is organised along four themes; natural history, industry, culture, and Herefordshire's role as a border county.

One unexpected exhibit is a hive of live bees -- well secured so that visitors can watch the hive at work without any danger!

One of the most unusual exhibits is the stuffed head of a two-headed calf born in Yarkhill. For many years the head was on display in the local blacksmith's shop. 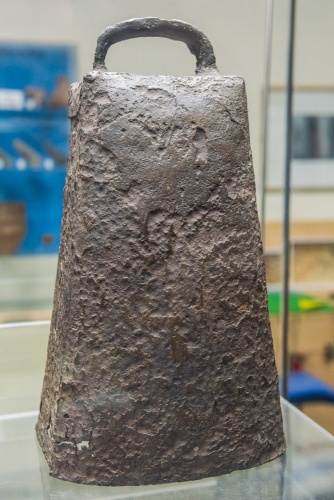 Another highlight is the Marden Bell, a church handbell cast around AD 800. It was discovered in 1848 by workmen clearing a pond in the churchyard at Marden in Herefordshire. Bells like this are usually associated with churches founded by saints or where saints are buried.

In this case, it is linked to St Ethelbert, who was first buried at Marden following his murder by King Offa of Mercia. When his body was moved to Hereford Cathedral a healing spring appeared in the churchyard. The spring can still be seen.

There are large displays of historical weapons including swords from every era, fashion, textiles, and agriculture. See 14th-century tiles from Greyfriars monastery, which stood just outside the medieval city wall. Other medieval treasures include the seals of Owain Glyndwr, whose rebellion in 1400 led to Henry VIV making Hereford Castle a base for launching raids into Wales.

There are several Bronze Age and Iron Age archaeological finds including the Eardisland Dirk, a cast bronze dagger made around 1600 BCE. slightly later is an enamelled horse and rider brooch, possibly depicting the Celtic horse goddess Epona.

The art gallery does not have a permanent collection; exhibits change regularly so you'll need to get the latest details from the Events section of the official website.

The Museum is an excellent local history and culture museum and is well worth the time to explore. It is very easy to reach; the main entrance is on Broad Street, almost opposite the Cathedral. There is limited on-street parking but it is easy to reach on foot from nearby paid parking areas. 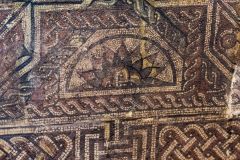 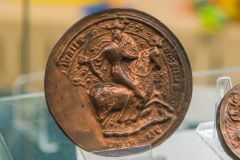 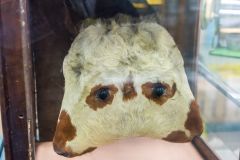 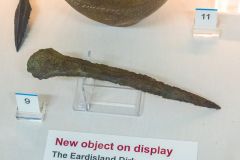 More self catering near Hereford Museum and Art Gallery

More bed and breakfasts near Hereford Museum and Art Gallery