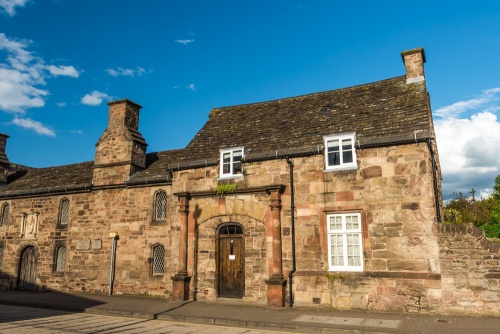 In 1614 Sir Thomas Coningsby converted medieval buildings on the site of the 14th-century Dominican friary of Blackfriars to create almshouses, a chapel, and a hospital for ex-soldiers and retired members of his household. He rebuilt a medieval hospital above the common area to offer care to members of the almshouses but also to poor and infirm citizens of Hereford. The almshouses are still in operation.

The origins of Blackfriars are somewhat obscure but most of the friary buildings were erected in the 14th century. The history of the site, however, goes back to 1200, when the Knights of St John of Jerusalem (the Hospitallers) established a preceptory here.

After Blackfriars was dissolved by Henry VIII the site was purchased by the Coningsby family, who also owned Hampton Court in Herefordshire. 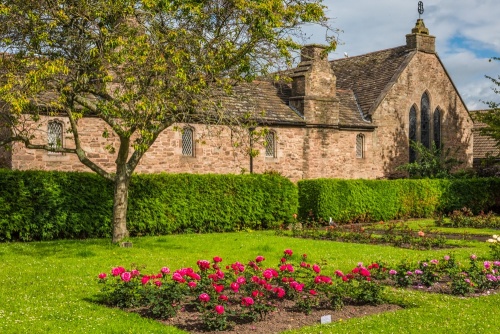 The Hospital from the rose garden

Thomas Coningsby (1550-1625) was a soldier, diplomat, and politician, known for his diary of military life on campaign in France. He served as the High Sheriff of Herefordshire in 1582 and again in 1598. He was an MP for the county three times.

Coningsby built 12 cottages, restored the Hospitallers preceptory to create the present chapel, added a refectory and administrative offices. He gave an endowment based on revenue from his Hampton Court estate.

Ten of the cottages were for servitors, one for a chaplain, and one for a corporal in charge of administration.

He drew up strict rules for the almshouses; the pensioners had to wear bright red coats and attend services led by the chaplain. The chaplain had to march the pensioners to Hereford Cathedral every Sunday. 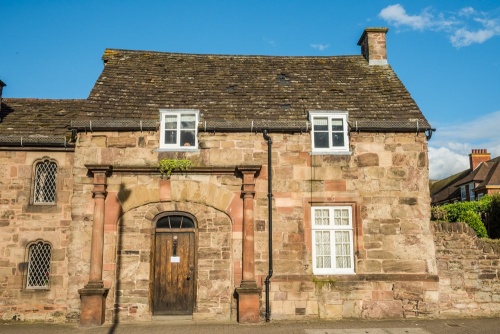 Nell Gwynn and the Chelsea Pensioners

The Hospital consists of a central two-storey block with a passage to a rear courtyard. To the north is the chapel, with a bellcote rather than a tower. To the right of the central block is a dwelling with a chimney at the south gable end. 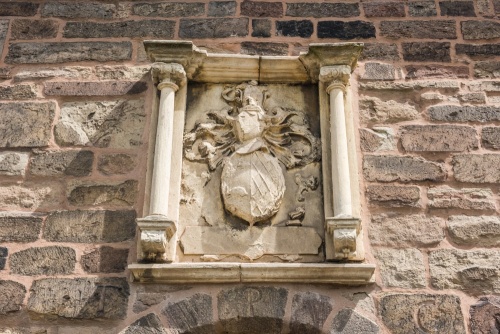 The Coningsby coat of arms

The almshouses' former common area has been converted into a museum tracing the history of the site, including the story of the Knights Hospitaller, the Knights Templar, and the Crusades. There are exhibits of artefacts from the site. Visitors can view the 13th-century chapel, which is still in use today by the Order of St John.

During the process of converting the common area for use as a museum, workers discovered a skeleton. Initially, the skeleton was thought to be that of a medieval monk, but when the bones were cleaned they were found to be that of a woman. It is a mystery why the woman was buried beside the chapel.

The remains of Blackfriars Friary are directly behind the museum and feature a section of the medieval refectory and a 14th-century preaching cross. 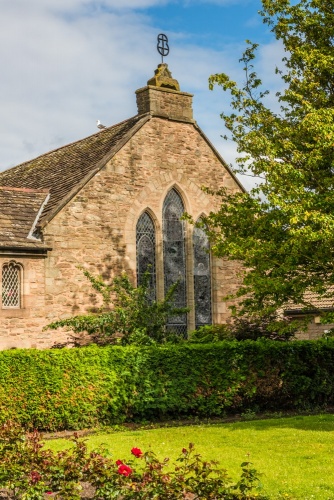 The chapel from the rose garden

The Hospital now provides housing to former members of the armed forces or anyone from Herefordshire, Shropshire, or Worcestershire who has 'undertaken substantial service for the local community'. The Hospital chaplain holds monthly services in the chapel and these services are open to the public.

Coningsby Hospital is on the east side of Widemarsh Street (the B4359) just north of Coningsby Street. There is no on-site parking but the Hospital is an easy stroll from central Hereford, where there are numerous pay and display car parks.