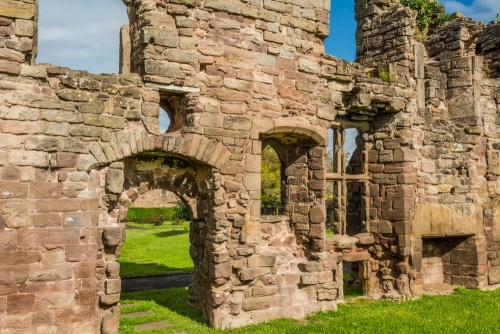 Standing in a secluded rose garden off Widemarsh Street in Hereford are the ruins of a 14th-century Dominican friary. Also within the garden is an exceptional medieval preaching cross, the only surviving example of the type of cross erected by the friars in their burial grounds.

The story of Blackfriars goes back to around 1200, when the Knights' Hospitallers built a chapel and hospital outside the city walls on what is now Widemarsh Street. We know that there were Dominican friars in Hereford around the same time, based in Port Field (beyond the west side of Widemarsh Street).

The Dominicans were known as the Black Friars on account of the dark colour of their robes. 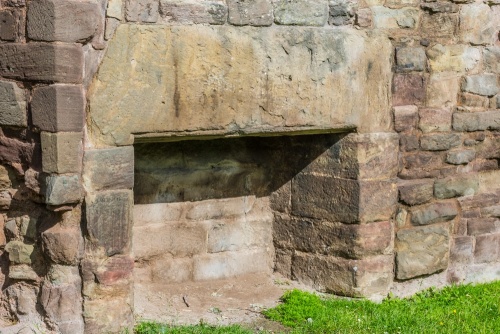 In 1246 Henry III granted the Dominicans ten oak trees and gave them permission to extend their property. The Crown had to step in again in 1270 when the friars came under pressure from the Hereford Cathedral chapter.

In 1319 Sir John Daniel gave them a plot of land beside the Hospitallers. King Edward II also contributed, and Bishop Orleton gave a neighbouring parcel of land.

According to the Herefordshire Through Time record, work on the new site had to be suspended when Daniel was executed in 1321, which is puzzling as according to most records Daniel was executed in 1326. It certainly seems that building took a long time; Edward III granted the Dominicans another five acres in 1331, and they enclosed Frog Lane in 1350. 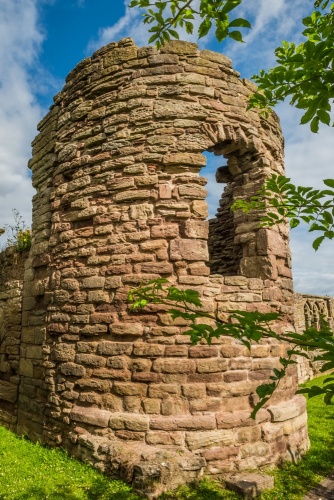 In the following year, 1351, they were granted an episcopal exemption, allowing them to accept burials. Several wealthy nobles were buried in the Blackfriars church, including the Earl of Pembroke (1376), Bishop of Chester (1394), and Wiliam de Beauchamp (1408).

Records show that in 1352 Blackfriars supported 11 friars under a prior. By contrast, when it was suppressed at the Reformation Blackfriars only had a prior and seven brethren.

The church was not completed until 1386. It was consecrated in a ceremony witnessed by King Edward III and his son, the Black Prince. 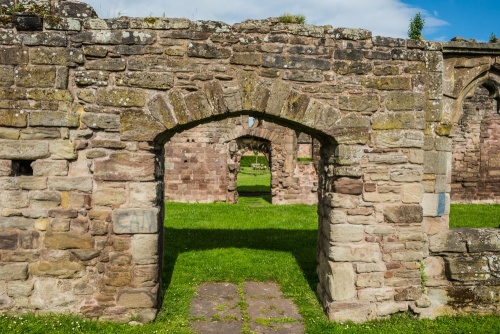 The priory site included a church, burial ground, cloisters, and ranges of religious and domestic buildings. Excavations in 1958 revealed the layout of the church nave and the adjoining cloisters.

The burial ground lies on the west side of the friary but burials have been found in the rose garden that now covers much of the site.

The standing remains include the west range of the refectory (dining hall) and part of the cloister wall. 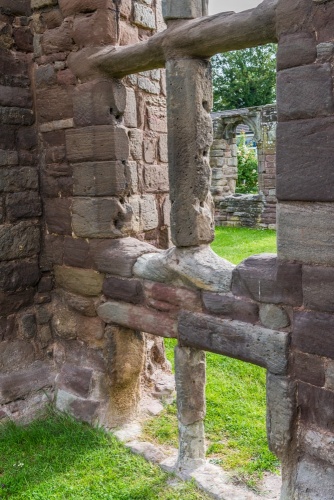 Blackfriars Friary was suppressed by Henry VIII in 1538 and the monastic site was sold to the Scudamore family. The Scudamores sold it to Sir Thomas Coningsby, who used stone from the Priory to build a townhouse.

In 1613 he added an almshouse, known as the Coningsby Hospital. The almshouse is still used for accommodation but part of the site is now the Coningsby Museum, telling the story of the Hospital and the Priory. 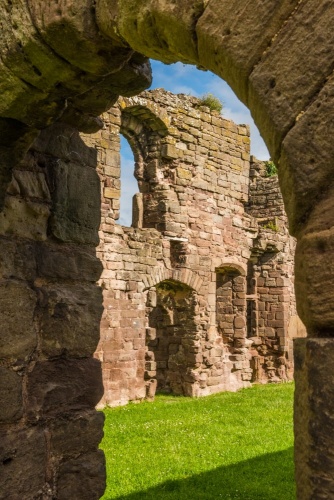 Looking into the abbey refectory

In the rose garden is an ornate 14th-century preaching cross, restored in 1864. The architectural historian Nikolaus Pevsner calls this the only surviving example of a friars' preaching cross in England.

The style is an early example of Decorated Gothic, with two stages of traceried openings on a stepped base. Above the crenellated top stage rises a slender column topped by a stone cross.

Blackfriars Friary is open during daylight hours. It is accessed through an arched gateway directly beside the Coningsby Hospital on Widemarsh Street (B4359).

More self catering near Blackfriars

More bed and breakfasts near Blackfriars