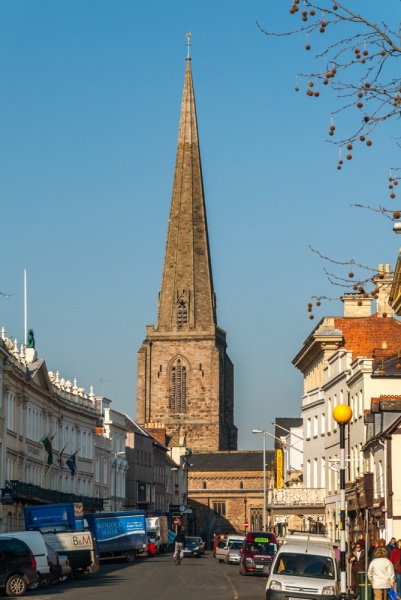 All Saints Church is a Hereford landmark, its slender, twisted spire catching the eye today as it has done for over 800 years. The church was begun around AD 1200, though that early 13th-century building suffered damage, probably from an earthquake, and had to be rebuilt.

The rebuilding process took a century and the church was not completed until around 1330. It is roughly as wide as it is long and has an unusually high roof.

The unusual twist to the striking spire is not the result of great age; it seems to have twisted immediately after being erected, probably because the builders erected the tower foundations on a rubbish pit that could not holds the weight.

The spire twisted further when cast iron rods holding the stones in place rusted and pushed the stones further out of alignment. The result is utterly charming, though no doubt the stuff of an architect's nightmare.

Age and decay took its toll and the church had to close in 1996 for a massive restoration project. Not only was the church fully restored, but it was also transformed into a multipurpose community venue, with a popular cafe and community centre occupying the interior. 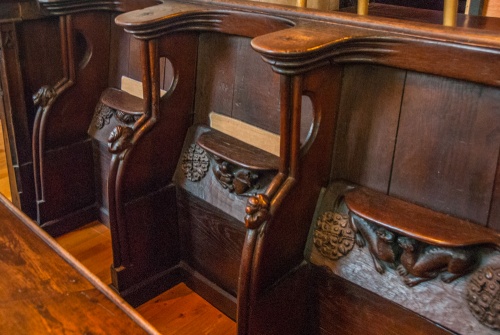 All Saints is still very much a consecrated building and holds regular services, but you are more likely to meet people arriving for a cup of tea and conversation rather than a worship service.

It is a bit disconcerting at first exploring the church interior, dodging amidst cafe tables and trying to trip over the feet of cafe customers, but in truth, it is good to see the historic space being used.

In amidst the trappings of a popular city-centre cafe the church retains a wealth of fascinating historical features. The most interesting feature is a wonderful set of 14th-century misericords. The underside of the misericords - built to provide support for monks who had to stand during long services - are carved with humorous figures and grotesque beasts.

The colourful stained glass in the large east window depicts Hereford's patron saints, St Aethelbert and St Thomas de Cantelupe, whose shrine is in the cathedral 5 minutes walk away. Many of the church windows are by the Arts and Crafts artist ME Aldrich Rope (1891-1988).

Look for the brass plaque to David Garrick, the famous Shakesperian actor and producer, who was born in this, baptised in All Saints on 28 February 1716, and is buried in Westminster Abbey. 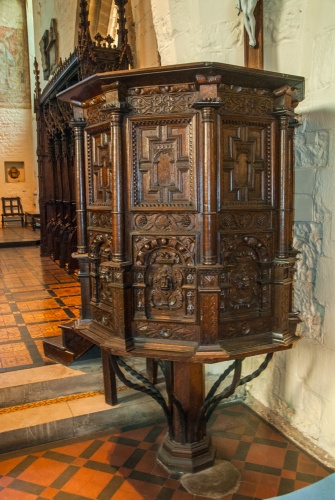 Other historical highlights include a richly carved pulpit with a sounding board made in 1621 and several medieval floor tiles. One item that used to be common but is now rare is a charity bread shelf, where bread can be left for the poor. What is unusual is not simply that it survived but that it is still in use today.

In the church vestry is a 17th-century hourglass made to keep sermons down to a reasonable (for the time) length. In the south chapel is a Reredos dating to the reign of Queen Anne. During the medieval period, a chained library holding about 300 precious books occupied this space. The All Saints library was sold to raise money and is now held at Hereford Cathedral.

All Saints is open normal business hours and is very easy to reach from the cathedral. Just head straight down Broad Street from the Cathedral's west front. Aim for the prominent twisted spire at the end of the street! 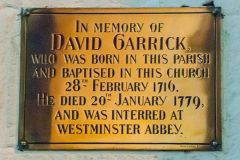 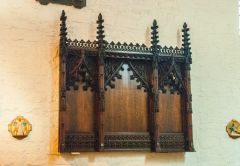 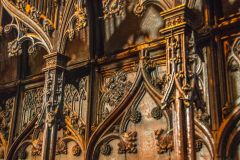 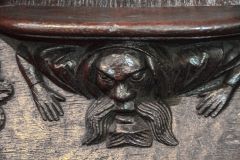 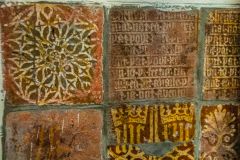 More self catering near Hereford, All Saints Church

More bed and breakfasts near Hereford, All Saints Church