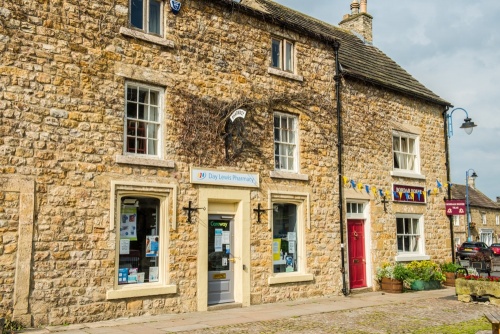 Masham is a delightful market town on the edge of the Yorkshire Dales, standing on the River Ure within the Nidderdale Area of Outstanding Natural Beauty (AONB). The town name comes from the Old English 'Maessa’s Ham', meaning a farm or settlement owned by Maessa.

The town grew up on a rise above a ford across the River Ure, on the main route between Wensleydale and York, close to the course of a major Roman road. In the medieval period, the Masham estate was granted to York Minster. The Archbishop of York made Masham a 'peculiar', that is, it was administered outside the normal structure of government. 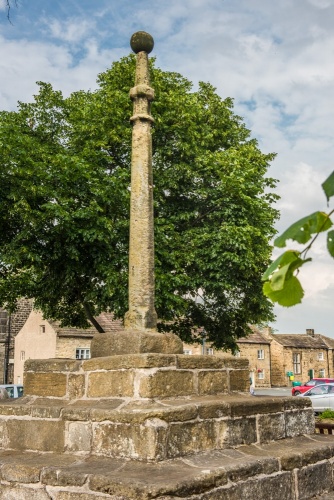 The town had its own ecclesiastical court and local administration. After the Dissolution of the Monasteries, Henry VIII gave the running of the 'Peculier Court of the Prebend of Masham' to Trinity College in Cambridge, which he had just founded. The Masters and Fellows of Trinity College had their administrative building at College House on College Lane.

The Peculiar Court lives on two ways; the Masham Four and Twenty, which now acts mainly to support local charities, and 'Old Peculiar', a popular cask ale brewed by the local Theakston Brewery. 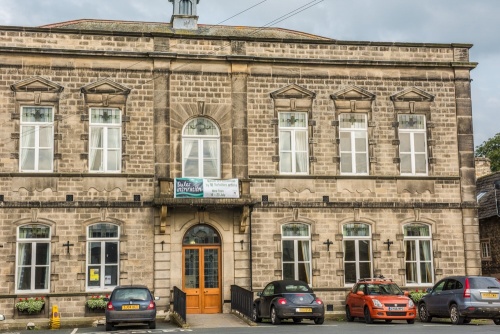 Masham boasts not one but two popular breweries, Theakstons and The Black Sheep. T&R Theakston was founded in the Black Bull Hotel on Silver Street in 1827. The site is now occupied by Corks & Cases, a wine merchant and distillery. Theakston's beer proved so popular that they moved to a new site in Paradise Fields. Visitors are welcome to explore the original 19th-century brewery buildings by guided tour.

Black Sheep Brewery is more recent, founded by a member of the Theakston's family in 1992.

At the centre of Masham is a large market place ringed with attractive Georgian buildings. The Market Place is focussed on a medieval market cross on a stepped base. The slender octagonal column rises up to a capstone topped by a ball finial. The cross marks the gathering place for a weekly market. 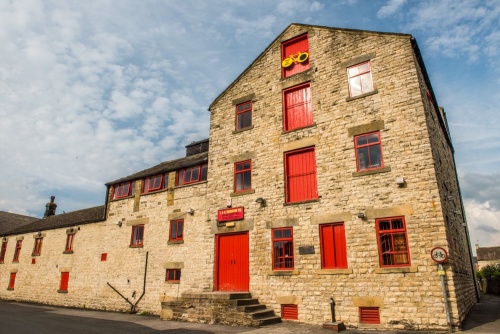 Masham received a market charter in 1250 - one of the earliest in England, which gave the town the right to hold two markets every week. There is also a farmers' market each month during the spring and summer.

Masham was - and is - the site of an annual sheep fair. In the 18th century, up to 80,000 heads of sheep were sold during the course of a fair. Today the Sheep Fair is still held each September, though now it is on a much smaller scale.

Just off the Market Place is the elegant Town Hall, which looks Victorian but was actually built in 1912.

On the south side of the Market Place facing the medieval market cross is the King's Head Hotel, built in the early 18th century. 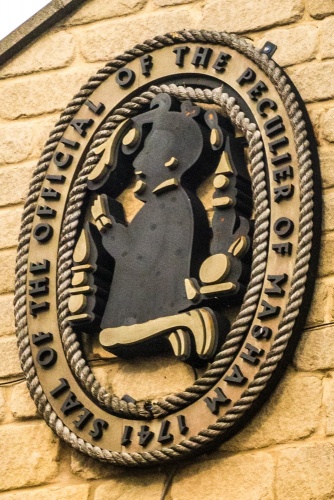 The Peculiar of Masham official seal, 1741

Just off the Market Place is the beautiful parish church of St Mary the Virgin. Though the church is primarily 14th and 15th century, there are Anglo-Saxon carved stones in the base of the tower. A 9th-century cylindrical cross shaft stands ion the churchyard and there are fragments of other Anglo-Saxon crosses inside the church.

Over the chancel arch is a painting by Sir Joshua Reynolds made for the chapel of New College, Oxford. Look for the ornate 1613 memorial of Sir Marmaduke and Lady Ann Wyvill and several 17th-century memorial brasses.

Spanning the River Ure to the east of the town is Masham Bridge, a lovely four-arched bridge built in 1754. Triangular cutwaters break the force of the water on the upstream side. The cutwaters rise up to form pedestrian refuges protected by a parapet. Half the bridge is in the neighbouring parish of Burton-upon-Ure. 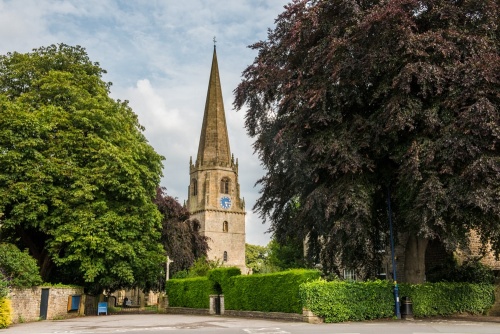 On your way from the town centre to the bridge, you pass a delightful canopied water supply erected in 1887 to celebrate the Golden Jubilee of Queen Victoria. The ceremonial; inscription originally read:

V.R.I.
Erected by the inhabitants
of Mashamshire
to commemorate the Jubilee of
Queen Victoria
1887

In the summer of 1941, the threat of Nazi invasion loomed heavily over Britain. The words 'of Mashamshire' were removed from the memorial inscription by Government order so that any invading army would not be able to use it to realise exactly where they were. It seems a bit daft today, but at the time any possible way to hinder an invading army seemed like a sensible move. 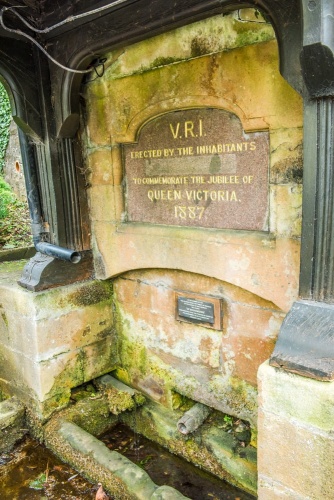 This beautiful 100-acre arboretum surrounds the stately home of Thorpe Perrow Hall. The arboretum was established by Colonel Sir Leonard Ropner and is one of the finest private collections of trees and shrubs in Britain. The arboretum is laid out as a series of glades connected by long, straight avenues. The trees were arranged and planted to provide vivid autumn colours.

Just outside Masham is Hackfall Woods, a picturesque 18th-century landscape garden set in a wooded ravine. It was designed by William Aislabie, the owner of the famous Studley Royal Water Gardens and Fountains Abbey. The woodland is dotted with romantic follies and water features. One of the follies, dubbed 'The Ruin', was designed by the Palladian architect Robert Adam, who was responsible for many of the finest English country houses. 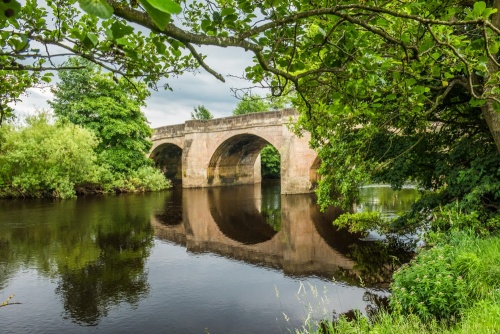 Four miles west of Masham is the Druid's Temple, a Regency folly inspired by the stone circle at Stonehenge. The folly was built by William Danby of Swinton Park in 1820 to provide work to his tenants during an economic depression. Part of the complex of standing stones formed a residence for a hermit, hired for a term of seven years and forbidden to speak or to cut his hair. The hermit lasted just four years before giving up. 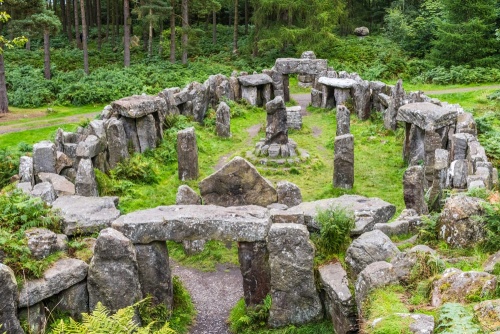 A few miles east of Masham is Marmion Tower, a 14th-century tower that once served as the gatehouse to the fortified manor house of Tanfield Castle. It was built by the Marmion family sometime around 1384. A later owner was William Parr, the brother of Katherine Parr, the 6th wife of Henry VIII.

A few miles north of Masham is Jervaulx Abbey, the picturesque ruins of a 12th-century Cistercian monastery beside the River Ure. Jervaulx is known for its flowers; over 180 varieties of wildflower grow in and on the abbey walls. After the abbey was suppressed by Henry VIII the last abbot was implicated - perhaps wrongly - in the Pilgrimage of Grace. He was imprisoned in the Tower of London where you can see his signature carved into his cell wall.

Masham is on the A6108 seven miles north-west of Ripon. There is plentiful parking in the Market Place - though it can be crowded on market days. The car park operates on an honesty box system. How refreshing! 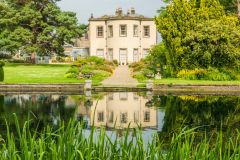 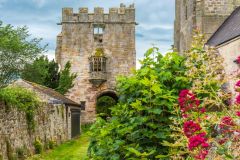 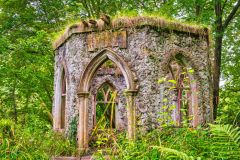 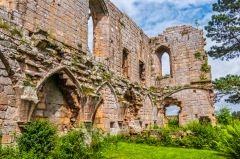 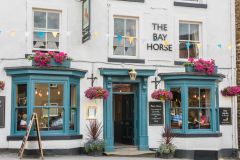 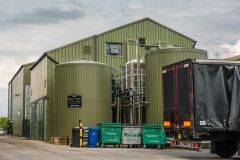 More self catering near Masham

More bed and breakfasts near Masham