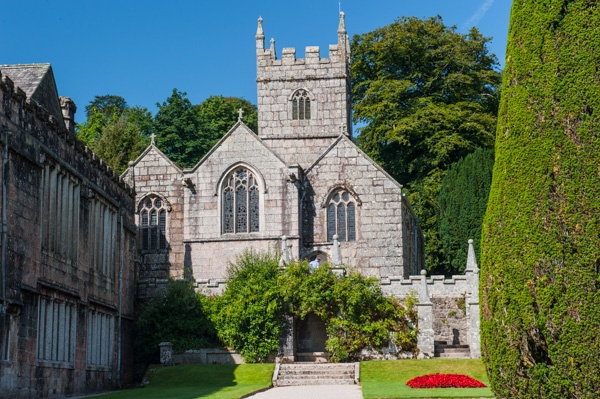 Beside the National Trust's Lanhydrock House stands the historic 15th-century church of St Hydroc. Though the church is late medieval, it seems certain that there was a much earlier church on the site. Some historians think that the church we see today incorporates an earlier and much smaller church.

The more ancient origin of the church is evidenced by a large stone cross that stands just outside the south porch. The cross is thought to date to at least the 13th century.

The earliest parts of the present church building are the west tower and the granite arches on either side of the nave arcade.

The building was remodelled in the early 17th century when John Robartes of Lanhydrock House enlarged his family home and rebuilt the church in a style suitable for the enlarged house. The Robartes family vault lies beneath the family pews on the south side of the church, nearest the house.

The church went into decay during the 18th century, when the Robartes family tended to spend more time at their other houses, but was restored in the 19th century. 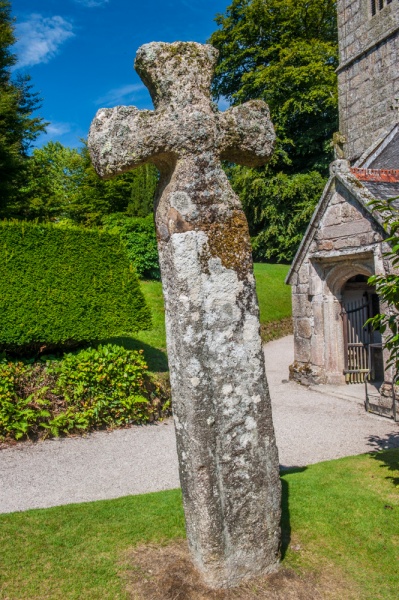 The interior is a sumptuous mix of medieval and Victorian furnishings. It is most interesting for memorials to generations of the Robartes family and to their predecessors at Lanhydrock, the Carminows.

In the south aisle is a pair of tablets to George Carminow (d. 1599) and his wife Jane, with painted and gilded coats of arms. In the nborth aisle is a superb memorial to Lady Essex Speccot (d. 1689), made of marble, with Corinthian columns and glorious carved coat of arms with shields and skulls.

One of the most unusual items inside the church is a royal coat of arms to James I. Coats of arms to reigning monarchs arte commonplace in English churches, but very few survive from the reign of James I. The coat of arms takes the shape of a large plaster panel. It was erected in 1624 by Sir Richard Robartes to show his loyalty to the crown.

Look for the coat of arms to George Carminow of Polmaugan (d. 1599). The arms bear a family motto in Cornish rather than the more common Latin. The motto was adopted in 1390 and is the oldest Cornish family motto in existence. The Carminow's chose the motto in protest against a famous court case over who had the right to bear the device of a blue shield with a gold band across it.

The Carminow's claimed the right to the arms, as did the Scropes and Grosvenors. The Carminows went further and claimed that they had used the arms since the time of King Arthur, before heraldry was even invented, but the herald's hearing went against them. 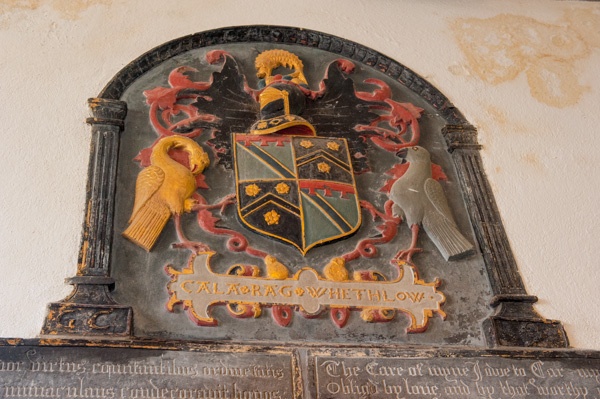 The contentious Carminow coat of arms

Another highlight is a painted memorial and coat of arms to the Hon. Charles Bagenal- Agar (d. 1811).

A more modern memorial is to Captain Thomas Agar-Robartes, who lost his life during WWI while rescuing a wounded comrade, a selfless act for which he was recommended for a Victoria Cross.

There are beautiful 19th-century wagon roofs, and the nave roof has re-used 15th-century carved bosses. The benches are Victorian, as are the pulpit and marble reredos, font, and communion rails of brass and wrought iron.

The church is small, but so beautifully furnished, that it is well worth seeking out. It is always open when Lanhydrock House is open to the public, and is also used for regular services as well as weddings. The location is simply wonderful. 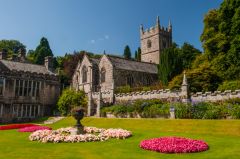 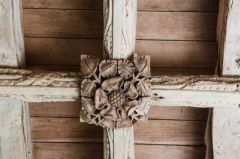 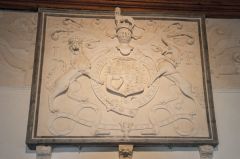 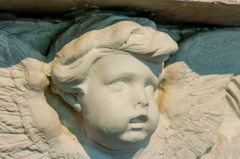 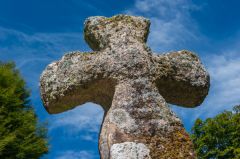