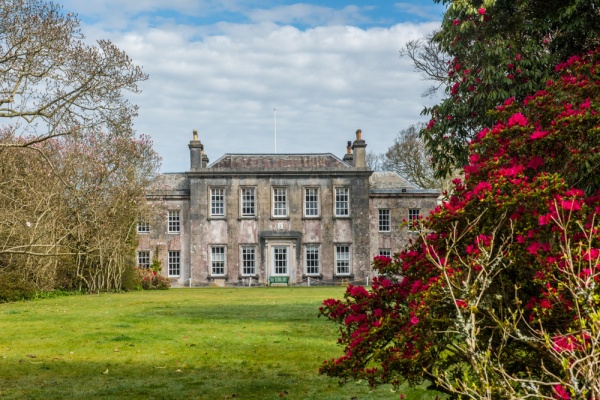 Trewithen means "house of the trees" and the description describes perfectly this attractive Georgian house set amidst enjoyable woodland gardens and parkland. The house at Trewithen was begun in 1730 by Philip Hawkins, though the impressive south front is a product of 1763. The interior boasts a series of family rooms filled with furniture and paintings collected by the Hawkins family over generations. 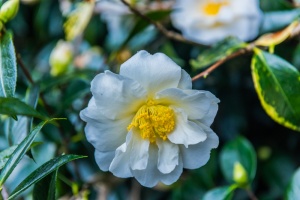 A spring blossom at Trewithen

THE GARDENS
Though Trewithen House is an enjoyable place to visit, most people come for the superb gardens. The grounds of Trewithen were landscaped at the same time as the house and remodelled as woodland gardens in the 19th century. A major transformation took place in the early 20th century when George Johnstone inherited the estate.

The new owner launched a major replanting scheme which saw a multitude of shrubs added to the woodland landscape. He planted a fringe border to the expanse of lawn south of the house. From the lawn, paths lead through 30 acres of woodland via trails lined with camellias, rhododendrons, magnolias, maples, and many rare trees and shrubs found very seldom in Britain. This planted woodland area has been called one of England's finest examples of landscape gardening.

Trewithen boasts a huge variety of trees from around the world, including 18 Champion Trees. A 'champion' is a tree that has been officially measured by the Tree Register and found to be the tallest of their species or have the largest diameter. Among the Champion Tree species at Trewithen are several magnolias, including Magnolia sargentiana, from western China, and Magnolia cambellii 'Charles Raffill, grown from a seedling from Kew Gardens.

Formal gardens near the house balance these woodland paths, with a Walled Garden housing tender plants. Trewithen has even created its own namesake plant, the Trewithen Blue, or Ceanothus arboreus.

Other garden features include a bird-hide for spotting elusive woodland birds like the Greater Spotted woodpecker, and a 'bug hotel' built to provide a habitat for insects, small mammals and amphibians from a nearby pond. In the West Garden area is a 'Stumpery', where ferns have been planted amid chestnut stumps.

Trewithen is well signposted from major roads around Truro. We came on a dull day in early April, and while we did not have the garden to ourselves there certainly were not too many other visitors about. We found the gardens fascinating, with lovely woodland walks split by wide lawns near the mansion.

One unusual feature is a camera obscura, built on stilts so you can get a view of the garden from above. It took a lot of trial and error to get the camera obscura 'focussed' properly, but it did give a unique way of seeing the gardens! I really enjoyed the Magnolia Fountain, centred on an unusual metallic fountain sculpture. 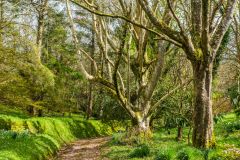 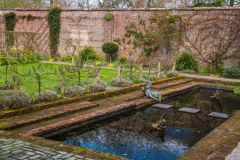 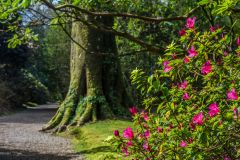 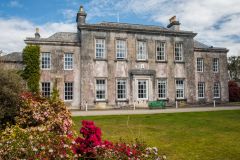 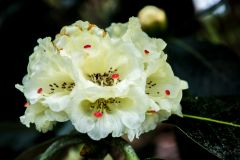 More self catering near Trewithen

More bed and breakfasts near Trewithen