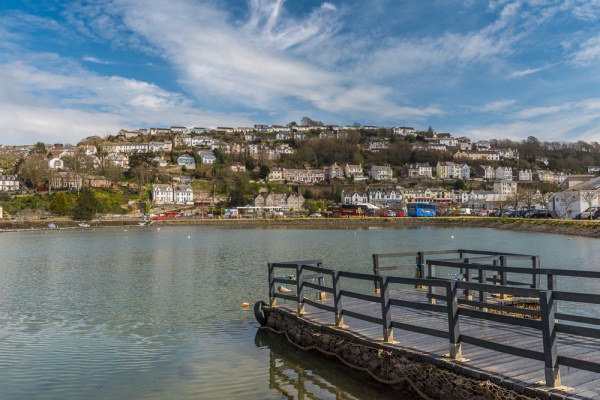 East Looe from across the harbour

There are actually two Looes, East and West, divided by a narrow estuary. A seven-arched stone bridge connects East and West Looe. Looe is very much a traditional Cornish fishing village, and restaurants in the village provide a delightful opportunity to sample the fruits of the sea brought home by local fishing vessels.

The fishing harbour is located in East Looe, which also boasts the best beach and the major shopping facilities. West Looe is more relaxed than its twin and tends to get fewer visitors, though there is excellent accommodation in the area.

On the quay is St Nicholas Church, begun in the 13th century. The building has served at various times as a parish church, a guildhall, and a magistrate's court. It has a roof made with timbers from the St Josef, a ship captured by Admiral Nelson at the Battle of Cape Vincent in 1797.

Looe provides excellent bathing on sandy beaches, plus rock pools for the children to investigate. The area is popular with boating enthusiasts of all sorts, from pleasure craft to water sports. Looe is also the headquarters of the National Shark Angling Club!

Just offshore is St. George's Island, otherwise known as Looe Island, where smugglers used to unload their illicit goods. The island can very occasionally be visited on foot at low tide (if you don't mind damp feet!). Nowadays the island is visited by sunseekers, but in the medieval period it was home to a monastic community.

In East Looe, the oldest building is the Old Guildhall, which dates to around 1500. For many years the Guildhall was the administration centre for the town, but from the Victorian period that role was taken over by the new Town Hall. The Old Guildhall now houses a museum of local history and culture. Nearby is the Smugglers Cott, a popular inn built in 1430 and restored in 1595 using timbers salvaged from the wreckage of the Spanish Armada.

Looe hosts several regular festivals, including 'The Festival of Lights' in December, when the town is lit by illuminations, the three day Jazz Festival in May and the biennial Festival of the Sea (held in mid-June in even-numbered years). The Great Cornish Raft Race also takes place in June, as does the Lugger Regatta (in odd-numbered years). 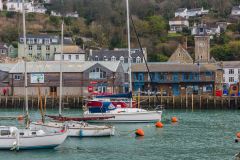 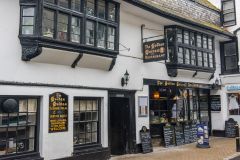 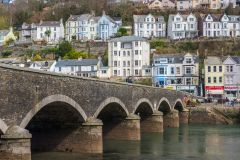 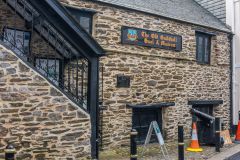 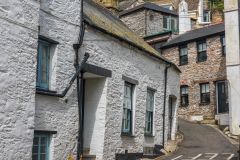 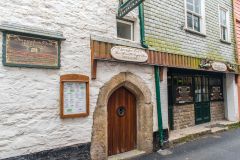 More self catering near Looe

More bed and breakfasts near Looe