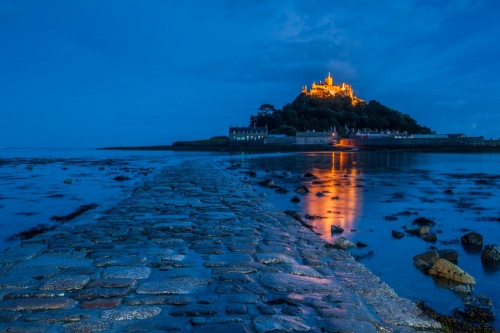 What can you say about St. Michael's Mount that would do justice to this romantic island location? There was a Benedictine Priory here, built in the 12th century as a daughter house of Mont St. Michel in Normandy. St. Michael's Mount is an odd mix of house, religious retreat, and fortified castle. It was a pilgrimage centre in the Middle Ages, converted first to a fortress, then to a house after the Civil War by the St. Aubin family.

Within the castle are comfortable family rooms, with paintings by Gainsborough, among others. The former refectory of the priory is now the Chevy Chase Room, with a 17th-century frieze depicting hunting scenes painted on the walls. Other features of the house include a weapons collection, Chippendale furniture, and 18th-century clothes worn by the St. Aubin family.

On the slopes of the island below the castle is a terraced garden featuring subtropical plants.

The island can be visited by boat, or at low tide via a long causeway from the mainland, followed by a steep climb to the house itself. 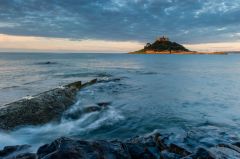 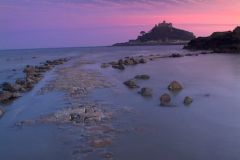 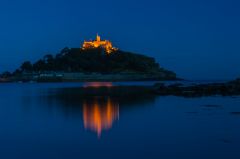 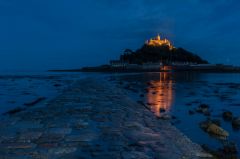 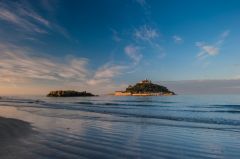 Self Catering near Marazion