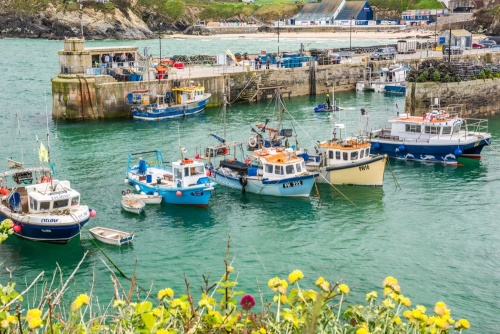 Newquay is a brash, bustling town, very much a modern holiday resort, with all the amenities one would expect to attract visitors seeking sun, sand, and surf. The latter attraction has made Newquay the "surf capital of the UK". Keen surfers head for The Cribbar, off Towan Headland, where the waves can reach 3o feet in height.

Though Newquay has a history as a mining community stretching back to the Iron Age, it is the 12 beaches here that have made the town's fortune as one of Britain's most popular family seaside resorts.

The original town here was called Towan Blistra, and it was not until the construction of a new quay here in 1439 that the town took on its current name. The town flourished as a fishing port, particularly in the Victorian period, when the pilchard fisheries were a major economic boon to the area.

Above the harbour stands the Huer's Hut, a whitewashed stone building used as a lookout post, where 'huers' stood watch for shoals of pilchards. When the huers spotted an approaching shoal offshore they would cry out 'Heva! Heva!' (alternatively 'Hubba! Hubba!) to send out the fishing boats.

After the pilchard fishery died, Newquay became a leading port for the export of Cornish tin, lead, and china clay. 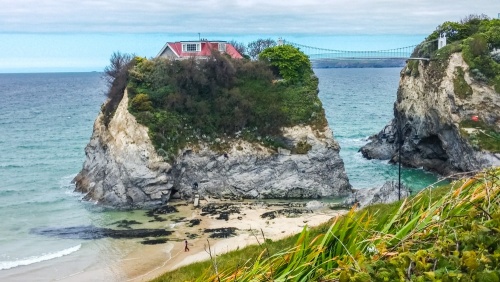 The Newquay Road Train
One of the best ways to explore Newquay is aboard the famous Road Train, also known as the Surf Rider Train. As its name suggests, the 'train' does not run on rails but on the road. A four-wheeled locomotive pulls passenger cars reminiscent of old-fashioned tram cars. The train offers a circular tour of Newquay on a hop-on, hop-off basis.

The Historic Harbour
The core of historic Newquay is based around the harbour formed when the 'new quay' was built in the 15th century. The harbour is still home to a small fishing fleet, and you can see the fishing boats unload their catch from the quayside.

St Michael the Archangel Church
Curiously, the first church to serve Newquay was not Anglican, but Baptist. Anglican residents of Newquay had to make the trip to St Columb Minor to worship until 1858 when a chapel of ease was begun in Newquay. The new church was typical Victorian; Early English in style.

The growing population of Newquay in the late 19th century meant that the church was much too small, and a new church dedicated to St Michael was built in 1911. The old church was used as the church hall before being sold to the Women's Institute and eventually being converted for use as a shop. 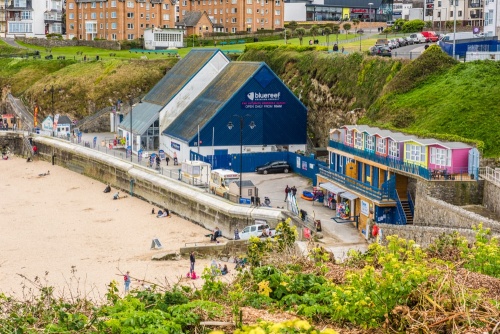 Blue Reef Aquarium
On the waterfront is one of Newquay's most popular visitor attractions, the Blue Reef Aquarium, where an underwater tunnel takes visitors through an ocean tank where sharks, rays, moray eels and lionfish swim. Walk through the centre of a coral reef that is home to angelfish, puffer fish, and hundreds of other varieties. Discover the amazing diversity of species found on the Cornish coasts as well as more exotic endangered species like Dwarf Caiman Crocodiles.

The Island
On Towan Beach is The Island (aka Towan Island), an 80-foot high plug of rock connected to the mainland only by a footbridge. Towan Island is the world's smallest inhabited island, home to the only house in Britain with its own suspension bridge. The three-bedroom home is one of the most frequently photographed houses in the UK, built in the 1930s and until quite recently the home of Lord and Lady Long.

St Austell Bay Heritage Trail
Not so much an attraction as an activity, the Heritage Trail has been set up to allow visitors to explore the industrial and scenic heritage of the area. Trail leaflets are available from Tourist Information Centres at Newquay, Fowey, St Austell, Lostwithiel, and Mevagissey. 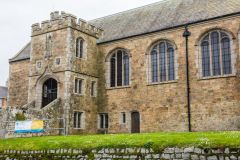 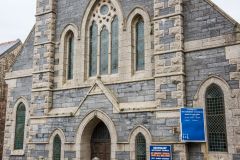 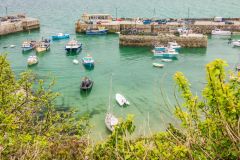 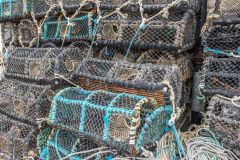 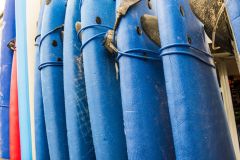 More self catering near Newquay

More bed and breakfasts near Newquay

Self Catering near Newquay