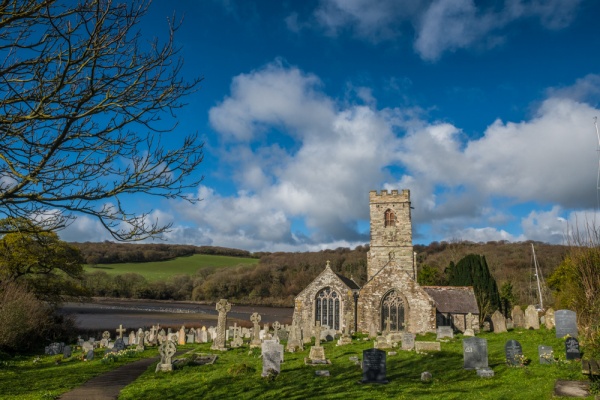 A 12th-century church substantially rebuilt in the 15th century, St Winnow's may stand on the site of a Celtic monastery. The only part of the 12th-century building to remain is part of the north wall.

The church stands beside the River Fowey and has spectacular views across the estuary.

The main interest here is the collection of 15th and 16th-century carved bench ends, which are spectacular even by Cornish standards (high praise indeed!). Some of the carving subjects are predictable Biblical scenes, but others are more unusual, like a man in a Cornish kilt drinking cider, a St Catherine's Wheel, and a ship in a storm. 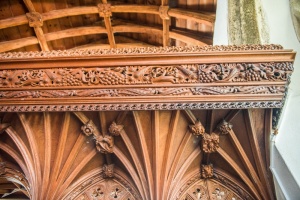 Carving detail on the 16th-century screen

There are lovely old wagon roofs, decorated with carved bosses. There is also a Perpendicular font of granite, with carvings of angels bearing heraldic shields. Other historic features include an ornately carved Elizabethan pulpit and a Jacobean communion table.

One medieval survival is a rood screen dated to about 1520, which is carved with flowers and leaves. Rood screens are rare in Cornwall, and this is one of the finest. There is also a very nice collection of old stained glass dating from the late 15th or early 16th century, including images of kneeling figures depicting benefactors of the church.

At the end of the south aisle is a lovely Jacobean monument to William Sawle (d. 1651) and in the west tower arch is a highly decorated painted letter from Charles I to the people of Cornwall.

I have rarely, if ever, seen a country church set in such a wonderfully idyllic position. The church stands on elevated ground by the east bank of the River Fowey, several miles south of Lostwithiel. It can only be reached by narrow lanes, and that sense of isolation is enhanced by the fact that it is located at the end of the road. Few people come to St Winnow, but those who do are rewarded with a superb medieval church, full of historic interest.

When I arrived early on a Saturday morning in spring there did not appear to be anyone about. I walked in the unlocked south door and found a cheerful elderly man there cleaning up the church. He spied my camera and immediately asked if I was 'the photographer'.

Well, I replied, I am 'a' photographer, but I don't think I'm 'the' photographer. Then I realised he was cleaning the church in preparation for a wedding later that day and he thought I might be the official wedding photographer.

Once I assured him I had nothing to do with the wedding he obligingly found some church guides which had been stowed out of the way for the ceremony and encouraged me to look around. He told me that the church is never locked and was keen to show me the early medieval font and the carved bench ends. When I left he was still puttering away, clearing up the historic building, and I must say I was reluctant to leave such a beautiful spot and carry on my exploring! 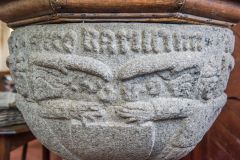 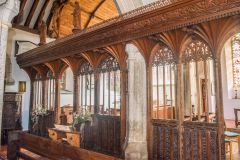 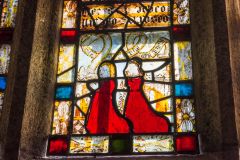 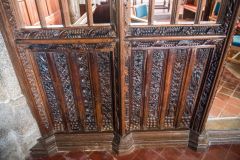 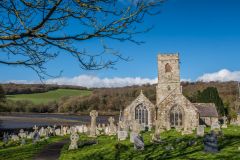 This monarch's sons were called 'The Devil's Brood'


He was married to Eleanor of Aquitaine

His sons included Richard the Lionheart and King John