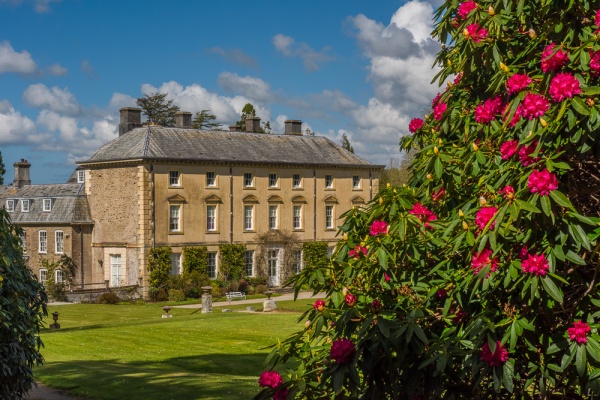 One of the smaller of Cornwall's many historic houses open to the public, Pencarrow is lesser known than some more prominent houses, such as its near neighbour, Lanhydrock House, but is crammed with historic interest and is well worth a visit.

Pencarrow House dates to 1765 when it was begun by Sir John Molesworth, the 4th baronet, and it was much altered a century later by the 8th baronet. The house is reached via a lovely shaded drive, which unfortunately does not allow a good view of the house itself. However, a short walk from the car park brings you to the Palladian east front. This is lovely, though perhaps a bit austere, leaving no hint of the warmth inside.

This is the home of the Molesworth St Aubyn family, and at the time of this writing 11 rooms are open to the public. The Music Room is notable for the piano; it was here that Sir Arthur Sullivan - one half of the Gilbert and Sullivan team - composed the music for Iolanthe in 1882.

Sullivan was a friend of the St Aubyn family and visited the house frequently. The connection of Pencarrow with Gilbert and Sullivan is continued upstairs, where costumes used in the premier performance of Iolanthe are on display. 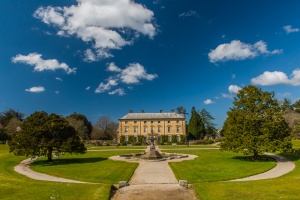 The Dining Room sees a concentration of family portraits by Sir Joshua Reynolds. Chief among these portraits is that of Sir John Molesworth, founder of the Molesworth banking company that later evolved into Lloyds Bank. There are 3 portraits of the 5th baronet, who was Reynold's patron.

In the Inner Hall hang two large paintings by Samuel Scott of the Tower and Bridge at London. Classical statues stand ornamentally in the Hall; this in itself is unremarkable, as there is no shortage of classical statuary at stately homes in England. Those at Pencarrow are unique, adorned as they are with a variety of amusing headgear, including a classical Roman bust wearing a gentleman's top hat, as if preparing for a night at the opera!

Another humorous touch is provided by a large 18th-century Chinese porcelain bowl; this was commissioned to portray a fox hunting scene, but the Chinese artisans employed to do the work were unfamiliar with European dress and custom, so the hunters are portrayed in Chinese dress, with nary a fox to be seen.

Pencarrow strikes a charming mix of a stately house and a warm family home.

The Garden
Pencarrow is surrounded by 50 acres of parkland, woods, and formal gardens, allowing enjoyable walks on a network of footpaths. A notable point of interest along the woodland paths is the Celtic Cross, moss-covered and suitably mysterious. Further along is the lake, a lovely pool amid the woodland greenery, and beyond that, the American Garden, featuring trees brought back from North America. 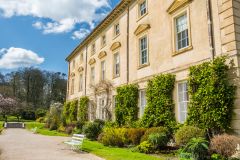 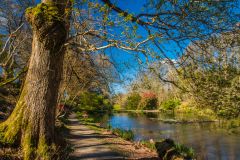 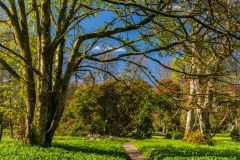 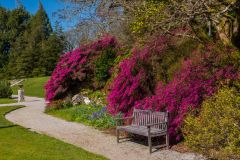 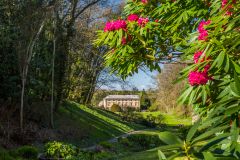 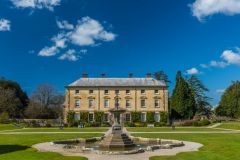 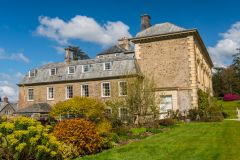 More self catering near Pencarrow

More bed and breakfasts near Pencarrow