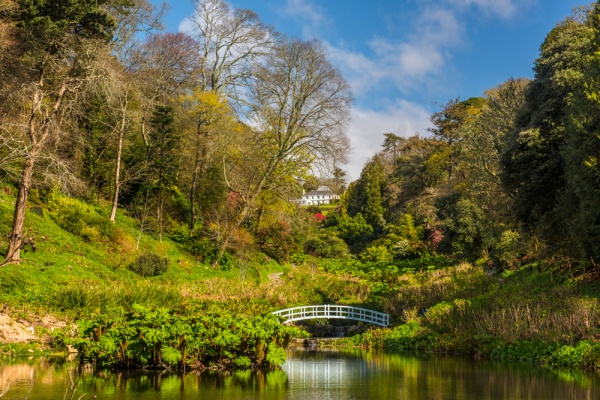 One of the great gardens of the world, Trebah is a ravine garden covering 25 acres near the west bank of the Helford River. Subtropical plants at the top of the ravine give way to a rainforest below, including bamboo and bananas. The ravine falls for 200 feet down to Trebah Beach, where a memorial commemorates the American forces who set off for the D-Day landings from this spot. 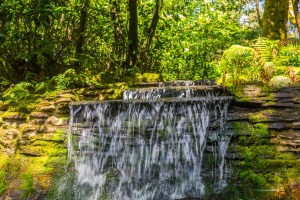 The cascade at the top of the ravine

A further two acres of hydrangeas provide yet more colourto an already lush environment. There are exotic plants gathered from all over the world, including glades of subtropical tree ferns.

Trebah was begun by Charles Fox, whose family wee also responsible for Glendurgan, another popular historic garden that borders on Trebah. Fox was a wealthy Quaker who made a fortune in tin mining and shipping. He lived at Trebah from 1838 until his death in 1876 and was resposible for layout out the network of footpaths along the ravine, and planting many of the trees that are such a feature of the garden we see today.

From 1907 the property was rented by Charles and Alice Hext. Charles Hext was High Sheriff of Cornwall and a Justice of the Peace. He regularly opened the historic gardens to the villagers, and entertained important visitors, among them Edward VIII and Wallis Simpson.

The Hexts added more diverse plants from around the world, extending the gardens in the process. In 1981 Major Tony Hibbert and his wife bought Trebah as a retirement home. The Hibberts were responsible for restoring the gardens and setting up the garden trust that now manages the estate and maintains the garden.

I came to Trebah on an overcast April day, and the first thing that struck me was the lush colour and dense planting, particularly in the Hydrangea Valley that lines the centre of the ravine. If you half-close your eyes you can imagine you are in a sub-tropical part of the world, where pal trees and gunnera thrive. This is truly a magical place.

I highly recommend seeing Trebah and neighbouring Glendurgan in one visit. Though the gardens are set beside each other, they have a very different character and it is fascinating to see how each has evolved. 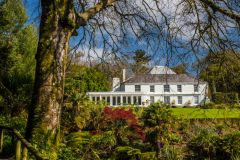 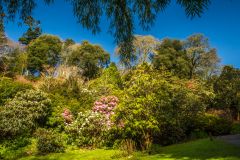 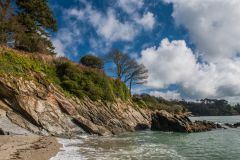 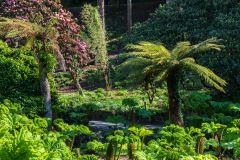 More self catering near Trebah

More bed and breakfasts near Trebah

Self Catering near Mawnan Smith