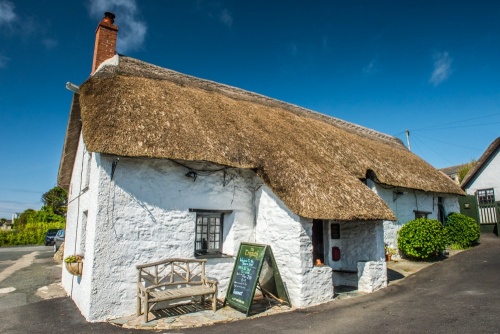 The village of Holywell is a popular resort destination, though it is less crowded than nearby Newquay. It offers a full complement of traditional family activities, including pitch-and-putt, a leisure park, and sea bathing off the sandy beach, which stretches for about half a mile. The area is also popular with surfers. There are excellent clifftop walks, and if you're lucky you may sight a dolphin on your walk.

The only realistic way to visit Holywell is to use one of the paid parking lots close to the beach. There are several parking areas, including one owned by the National Trust, as well as a slightly cheaper private area. 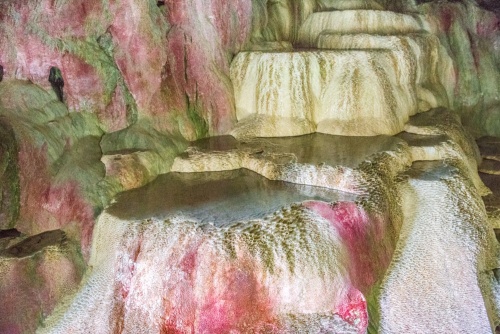 The holy well on Holywell beach

The well after which the village is named can only be visited at low tide. A cave at the north end of the beach leads to a freshwater spring where, it is said, early Christian monks would baptise local children. The rocks form a set of steps leading up to a pool used as a font.

An alternative version of the story makes no mention of monks or early Christianity and suggests that the origins of the site go back long before the coming of Christianity. The well waters were said to have healing qualities, and parents would bring sick children to be dipped in the cold waters of the upper pool. Certainly, there are no obvious Christian signs or symbols near the well that we could see.

From the National Trust car park just across the road and follow the obvious trail to the beach.

There is an information board and map at the beach entrance, and it pays to study the map if you intend to visit the holy well. From the information board, you need to bear right, following the beach as it curves around a headland.

t takes at least 10-15 walk along the shore before you reach the holy well, which is not signposted. Indeed, we walked right past the opening while trying to locate it. You want to be looking for a place where the cliffs come down almost to the shore at the extreme end of the beach.

Clamber over some rocks at the entrance to the cave and you will see brightly coloured mineral deposits lining rocks to the left of the cave mouth. You can climb very, very carefully up the wet rocks to see the holy well, which falls in a series of steps from an upper pool.

We found it easiest to take off our shoes and very carefully walk up the slope in bare feet. Do take care, for the mineral deposits that create the amazing colours on the rocks also make them extremely slippery. 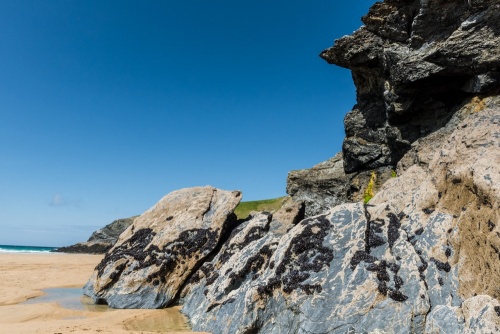 The mineral deposits are what makes this well so striking. The rocks are stained with iridescent reds, pinks, and whites where the water has deposited minerals over thousands upon thousands of years.

There is actually a second holy well in Holywell, near the 18th tee of Holywell golf course and beside Trevornick holiday park. This well is fed by an underground spring which bubbles up through the rocks into a stone basin.

It is possibly the original holy well established by St Cubert, an 8th-century Welsh missionary to this area of Cornwall. The well has been restored and can be reached by a public footpath crossing the holiday park. Interestingly, only this second holy well is shown on Ordnance Survey maps.

Apart from the holy wells and beach, the most interesting place in Holywell is the picturesque thatched pub, St Piran's Inn, on the main road into the village. St Piran's Inn proudly proclaims that it dates to the 13th century. 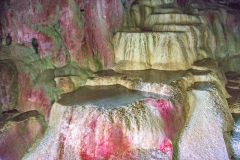 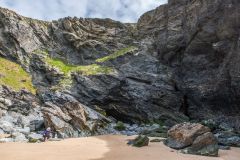 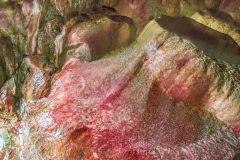 More self catering near Holywell

More bed and breakfasts near Holywell