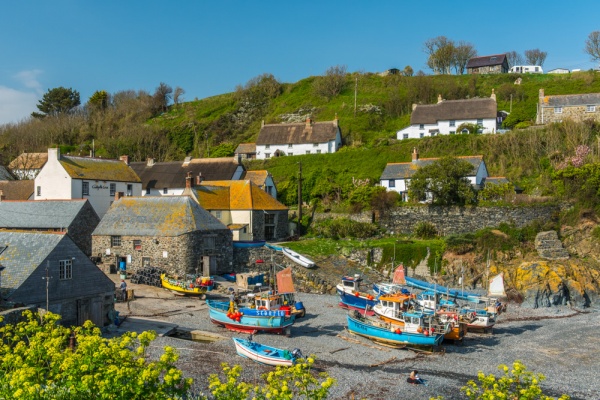 The South West Coast Path national trail runs through this picturesque, isolated fishing village tucked into a small cove on the Lizard Peninsula. The scenery is superb, the way of life unhurried and timeless. There are walks along the cliffs, where wildflowers blossom in abundance in spring and early summer.

The village grew up around a shingle cove known as Porthcaswydh, from the Cornish for a thicket. Throughout the Middle Ages, there were no permanent inhabitants; just a huddle of fish cellars used by local farmers. It was only in the 16th century that the village gained permanent residents, and the local farmers turned to fishing as a full-time occupation.

Cottages built of cob and stone grew up around the cove and the cliffs that lead down to it. Many of the cottages date to the 17th century and quite a few are thatched and whitewashed. There are 2 beaches; The Cove and Little Cove, separated by a rocky promontory called The Todden. A passage leads directly through the rock of The Todden and links the 2 beaches.

Cadgwith has a timeless feel, as if the passing years have somehow missed this tiny fishing village. This area of The Lizard has been heavily involved in fishing for centuries, originally for pilchard but now primarily for crabs.

On one famous day in 1845, Cadgwith fishermen netted an astonishing 15 million pilchards. Now local fishermen catch several tons of crabs each week, along with mackerel and mullet. Fresh crab is for sale at a shop by the harbour, and you can sit and watch fishermen unload their catches or mend crab pots. 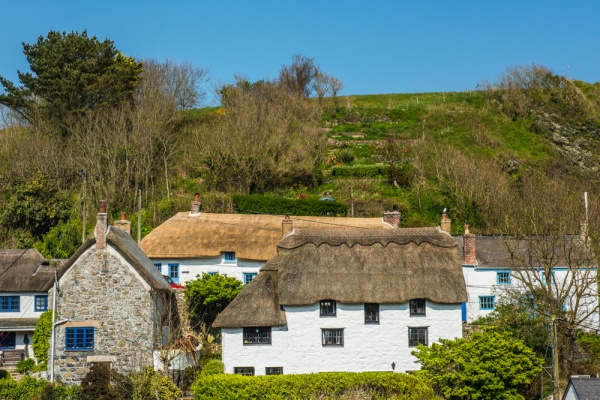 Even this industry has declined in recent years and Cadgwith relies heavily on tourism, with many of the picturesque cottages let as holiday homes.

There is a pub in the village - very popular as a stopover point for walkers on the South West Coast Path. If you take the trail towards The Lizard you come to a fascinating geological formation called The Devil's Frying Pan, a collapsed sea cave where the rocky bay seems to boil during stormy weather.

Cadgwith has, or rather had, a long history as a lifeboat station. The coastline of The Lizard is notoriously difficult, and local fishermen maintained a lifeboat as a service to ships in need. The lifeboat service began in 1867 and was ended in 1963 when the service was moved to a specially built station at nearby Kilcobben Cove. The old lifeboat station was then used to store the Gig Club to store their six-oared racing gigs. Beside the Gig Club is the Watch House, once the Customs Office and lock-up.

The port also had a long history as a centre for smuggling. Many of the older houses have secret places to hide contraband goods such as alcohol and tobacco. Smuggling was rife until a customs house and lock-up were built. In 1816 four local men were caught smuggling contraband brandy and were press-ganged into the Royal Navy, serving at the blockade of Algiers, and Revenue men were billeted in the village.

Our family took a lovely clifftop walk between Cadgwith and Church Cove and enjoyed ourselves immensely. The scenery is typical Cornwall; that is, breathtaking! The walking is rather easy for most of the way, and you constantly pass old fishing huts and reminders of the area's maritime heritage.

Cadgwith was used as a setting for the 2003 film Ladies in Lavender, starring Judi Dench and Maggie Smith. 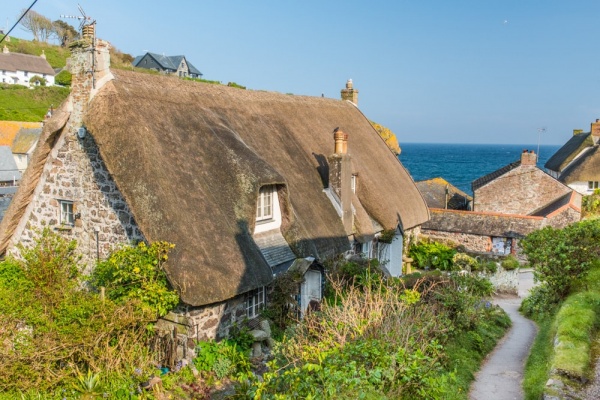 A thatched cottage on the path to the harbour

The village can be extremely popular in the summer months, and very crowded on sunny weekends. Vehicle traffic is discouraged, and visitors should park at the large pay and display car park at the top of the hill leading down into the village. From the car park, a path leads down to the harbour, passing several picturesque thatched cottages on the way.

On the path is St Mary's Church, a tiny metal building erected in 1895 as a chapel of St Rumon's church in Ruan Minor. Inside the church, which is usually open, is a memorial to a pair of local fishermen lost at sea in 1994.

Stroll on past the church to the harbour and enjoy one of Cornwall's most picturesque villages. 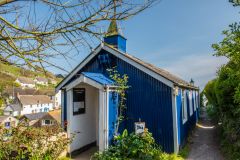 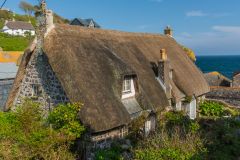 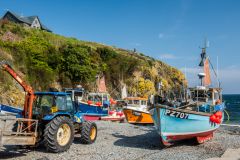 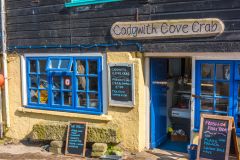 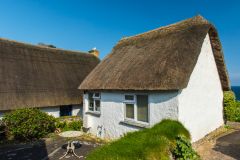 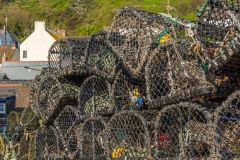 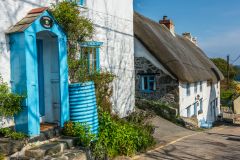 More self catering near Cadgwith >>

More bed and breakfasts near Cadgwith >>