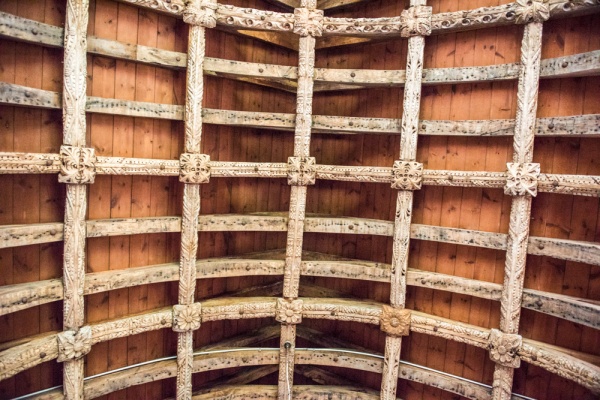 St Mawgan is thought to have been a 6th-century Welsh missionary to Cornwall, though the first reference to Mawgan does not come until the 10th century. The circular shape of the churchyard at Mawgan-in-Meneage (so named to distinguish it from St Mawgan-in-Pydar near Newquay), suggests that the church was established at a very early date, perhaps contemporary with Mawgan's mission to Cornwall.

The term 'Meneage' comes from Cornish for 'land of the monks', another indication of an early monastic settlement linked to St Mawgan.

The earliest part of the present building is 13th century, though most of the building dates to several centuries later. One remarkable early feature is the 15th-century roof, which has survived almost completely intact.

The porch is early 16th century, and it protects a south doorway with 14th-century mouldings. To the right of the door is a medieval holy water stoup, and a Tau-cross of St Anthony is carved into the doorstep. 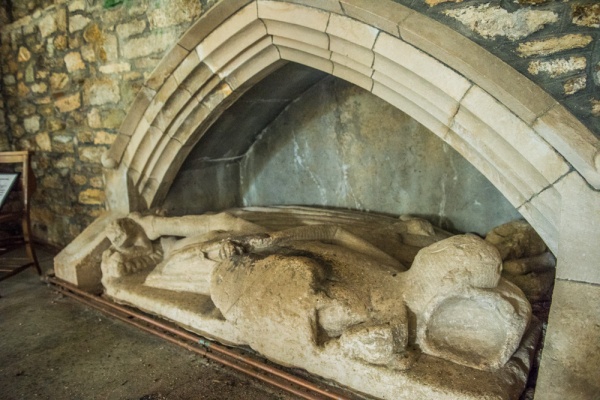 The nave is 13th century and is the oldest part of the present church. Near the door is a 13th-century octagonal font in the shape of a goblet.

In the south aisle is a large brass memorial to Major Edmund Pelly-Clarke, who was born in India, while his father was a serving soldier from Mawgan. Pelly-Clarke entered the military like his father and was mentioned in despatches for his bravery during the Zulu wars in Natal. He died off Malaga in 1882 at the age of just 39.

In the Lady Chapel is a large memorial to Sir Roger de Carminowe and his widow Lady Johanna. Sir Roger served under Edward I in his wars with Scotland and went on crusade to Palestine. He was a Knight of the Shire in the Parliament of 1300, and he witnessed royal charters in 1301 and 1302, so he must have been a figure of some importance at Edward's court.

Sir Roger died in 1308. The effigies originally stood within the family chapel between Mawgan and Gunwalloe, but were moved to Mawgan church in the early 17th century. The informative church guidebook says that Sir Roger 'was a descendant of King Arthur', though makes no mention of how it arrives at this remarkable claim.

During restoration of the church by Edward Sedding in 1865 a grave was discovered beneath the Lady Chapel. The grave held a skeleton, 3 skulls, fragments of carved alabaster, and rather bizarrely, pieces of a hammer and rake. There was no indication as to who the remains belonged to so they were reburied with care in their original location. Also in the Lady Chapel is a medieval font said to have been brought from the redundant chapel of All Saints in Helston. 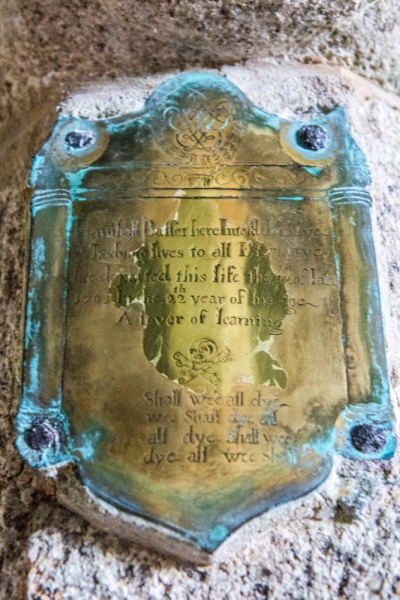 On a pillar between the Lady Chapel and the nave is a small memorial brass to Hannibel Basset, dated 1708. Beneath a skull and crossed bones is a fascinating inscription in the form of an acrostic; a poem where the four words on each line are repeated in a different order, and can be read line by line as well as up and down.

The chancel is full of monuments to generations of the local Vyvyan family. The altar candlesticks were given in memory of three young men who died in a boating accident on the Helford River in 1931. Two were sons of the Mawgan rector, Canon Young. 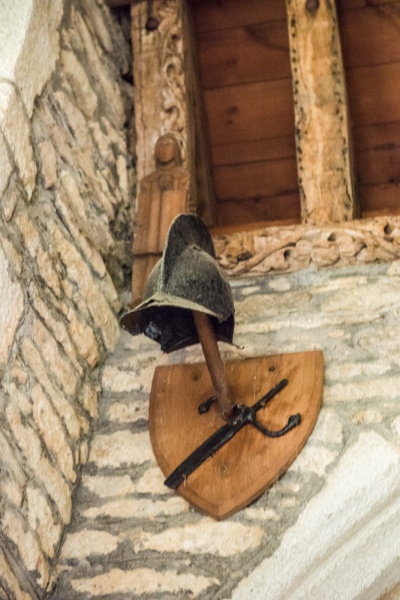 In the north aisle is a wide stone shelf formed from a medieval altar slab. Under the aisle floor is the mausoleum of Sir Richard Vyvyan, a Royalist supporter in the Civil War, who served as Master of the Mint at Exeter. High on the wall above is a funeral helm and sword belonging to Hannibal Vyvyan (d. 1609).

In the north aisle is a list of rectors going back to 1281, though it seems certain that the earliest rector was actually installed in 1259. Look for the name of Sampson Bond, who was ejected from the living in 1662. Like many rectors installed during Cromwell's Commonwealth, he was removed after Charles II regained the throne.

Memorials worth noting include a beautifully carved monument to Sir Vyell Vyvyan, d. 1820, with a relief carving of two grieving female figures clasping a funeral urn. The memorial is easily twice the size and much grander than the understated carved tablet to Sir Vyell's wife Mary (d. 1812). The longevity of the Vyvyan family is brought home by a beautifully carved grave slab set into the floor, carved in memory of an earlier Vyell Vyvyan, who died in 1696.

St Mawgan's church is very easy to find. It is near the eastern end of the village, on the main east/west road. The church was open when we visited.

While you are in Mawgan don't miss the chance to see the 6th-century inscribed Mawgan Cross, on the village green just west of the church. 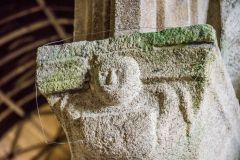 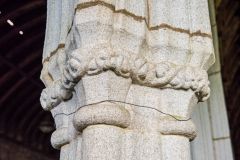 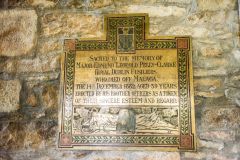 More self catering near Mawgan-in-Meneage

More bed and breakfasts near Mawgan-in-Meneage