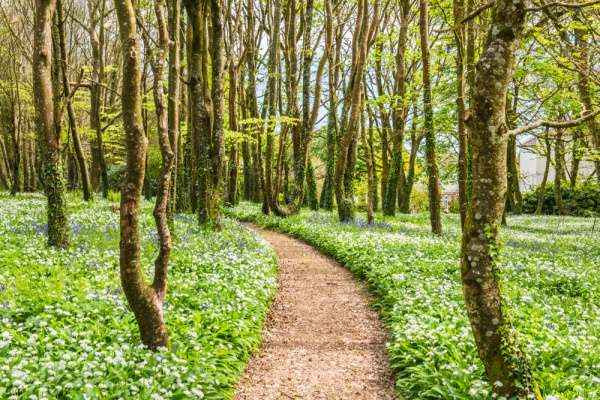 Bonython Estate is situated on the beautiful Lizard peninsula of south Cornwall, between Helston and the village of Lizard itself.

The estate dates to at least the 13th century and was home to the Bonython family until the 17th century. At the heart of the estate is an elegant Georgian house, built in the 1780s by the architect William Wood. Architectural historian Nikolaus Pevsner called Bonython 'exceptionally elegant', which seems a pretty accurate description!

In the 1830s the grounds were planted with Monterey pine and beech trees, with sinuous paths gravelled with pebbles from Loe Bar.

In 1999 the estate was purchased by the Nathan family, who brought the 19th-century grounds back to life and created one of the most pleasing Cornish gardens. At the heart of the garden lie three lakes, linked by streams. Each lake has a unique atmosphere, enhanced by carefully themed planting.

The first lake is themed as 'tranquil', with specimen shrubs and trees that reflect in the placid water. Planting is minimal, to enhance the sense of spaciousness and an open feel. Magnolias bloom here in spring, with daffodils and hellebores. 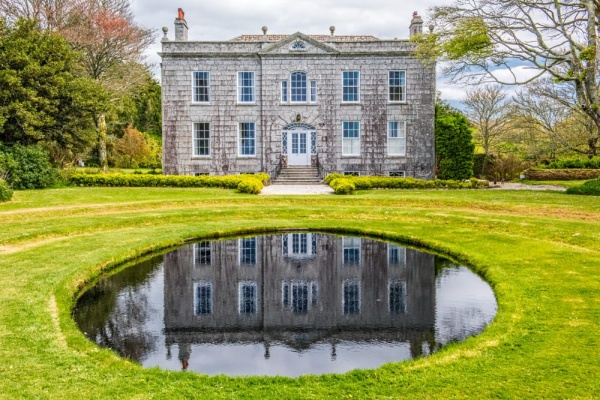 The second lake is themed as 'vibrant', with warm yellow and red colours, provided by cannas, proteas, restios, and dahlias, mixed with a variety of grasses.

The secluded third lake is themed as 'mysterious', surrounded by lush ferns and stands of bamboo, and fringed by cliffs covered in drooping creeper vines.

A thatched summer house was created from an old stone bothy, and now serves as a tea shop looking out over the largest lake. The first lake is surrounded by plants with a blue theme, such as camassias and irises. A path follows the shore of the lake to the second lake, planted with hot coloured plants inspired by the colours of South Africa, where Mrs Nathan was born. This part of the garden is at its best in August.

Between the first two lakes is a cascade stream, edged with large pieces of serpentine and granite found on the estate. Ferns flourish here, under a canopy of mature trees. Past the third lake, the trail leads through a valley garden to a quarry lake at the bottom of the garden. 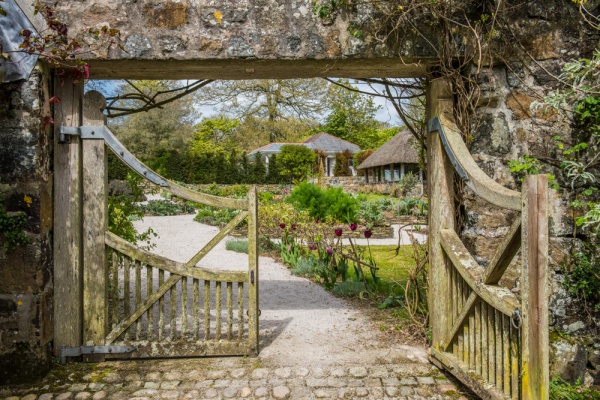 Closer to the house is a potager garden, with a mix of flowers and edible plants based on shades of pink, plum, and burgundy. Beside the garden is a thatched propagating hut where plants are raised for the garden and for sale to visitors.

Next to the potager garden is the walled garden, established in the 18th century, based around lush herbaceous borders and specimen trees. The herbaceous borders are planted on colour themes, with the longest borders planted in shades of blue, mauve, and purple. In the walled garden is a semi-circular 18th-century stone bench set into a niche in the escallonia hedge.

Outside the walled garden is a white garden, and on the slope above that is a 'chapel' formed by hedges trained in the shape of a traditional Cornish chapel, with hedge pews and a green 'altar' at the east end.

The house and garden were used as a setting for several German television adaptations of books by Rosamund Pilcher. A treehouse built for one of the films was retained as a garden feature and can still be seen. 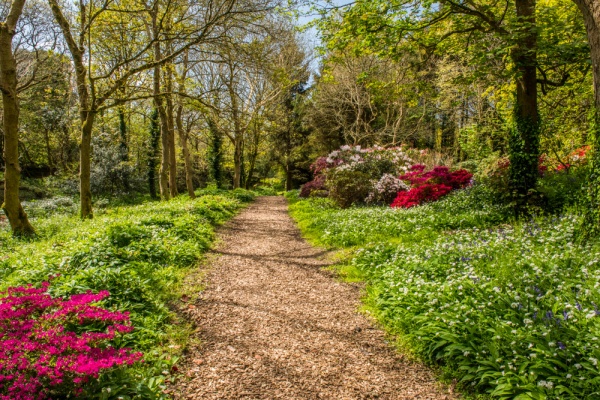 Bonython is signposted from the A3083 north of Penhale. look for the brown tourist sign with the garden symbol. Turn off the A3083 heading east and you will see the Bonython driveway after just 100 metres, on the south side of the road. Follow the drive until you see the arrows for visitor parking. Parking is on a grassed area beside the drive.

When we visited there was a small unmanned booth beside the parking area with maps of the garden and tourist brochures of the area, with a sign asking visitors to pay the gardener, who was working in the walled garden. We found the gardener easily, and she was able to suggest a good circular walking route of the garden and pointed out the seasonal highlights to look for.

Part of the route took us through stunning bluebell woods where wild garlic grew beneath an awning of trees. We passed in front of the mansion house, where a small pool and fountain is set in a wide lawn.

Bonython bills itself as one of the great gardens of Cornwall, and after visiting I'd have to agree. The gardens are usually open weekdays from spring through autumn, but please check current times on the official website before making a visit. 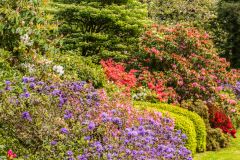 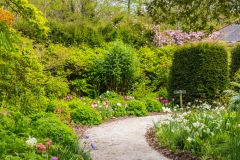 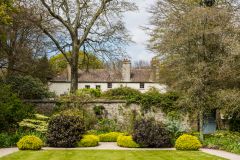 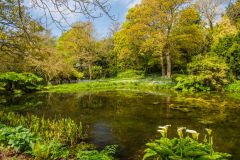 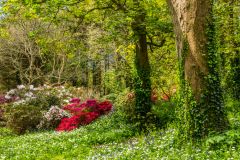 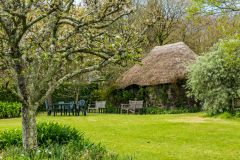