HERITAGE HIGHLIGHTS:   Some of the oldest bells in Cornwall 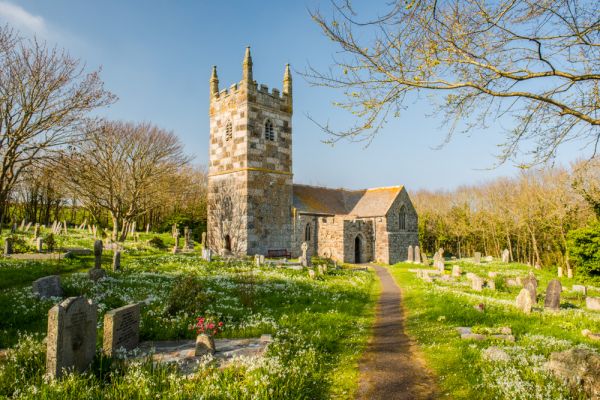 St Wynwallow's Church in the pretty hamlet of Landewednack is the most southerly church in mainland Britain. The church was probably founded around AD 600, though no obvious remains of that first church can be seen today. The church is largely built of granite and the local serpentine stone, creating an attractive patchwork pattern of stone.

The name of the village tells you a lot about the church's ancient origins. Landewednack comes from a combination of words meaning 'the sacred enclosure of St Wennac'.

Who was St Wennac? The name probably refers to St Wynwalloe, a late 5th century Breton abbot whose parents came from what is now Cornwall. Wynwalloe founded an important abbey at Landevennec, where he was buried. His followers journeyed around Cornwall and Devon, preaching the Christian message and establishing new churches. Landewednack's church was probably established as a daughter church of St Wynwalloe's monastery.

Despite the church's ancient beginnings, the earliest part of the building we see today is a 12th-century Norman doorway, decorated with typical Norman zig-zag carving. A 13th-century doorway is set inside the earlier Norman opening. 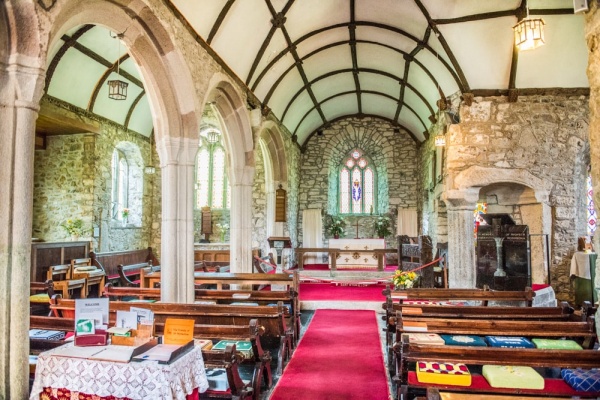 The church porch was refurbished in the 13th century, with a vaulted ceiling decorated with angel bosses, a holy water stoup, and stone benches.

The font is 15th-century work, though it rests on 19th-century pillars. A Latin inscription on the font reads 'Dn. Rich Bolham me fecit', which translates as 'Master Richard Bolham had me made'. Richard Bolham served as rector of Landewednack from 1404-1442. He may have been responsible for the major refurbishment in the church in the early 15th century.

Very little changed at Landewednack church for over 400 years from Rev. Bolham's tenure until the second half of the 19th century. The stained glass we see now was inserted at that time, and the rood stairs were demolished.

On the west wall of the chapel is a notice commemorating the fact that the last sermon in Cornish was preached here in 1670.

In the chancel you can see a prayer desk made from the medieval rood screen of Ruan Major church.

On the walls are several memorial tablets to members of the powerful Vyvyan family. Two tablets commemorate commanders of the Lloyds Signal Station. Another tablet commemorates those who lost their lives when the MV Polperro was sunk by German fire in Mounts Bay in 1944. 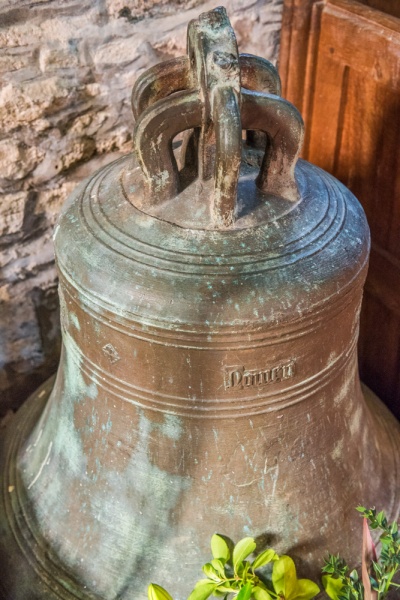 On the floor is the former tenor bell, cast in 1550. This is thought to be one of the oldest bells in Cornwall, but in the tower is another of the same date and yet another cast a century earlier.

In common with many Cornish churches, Landewednack has a painted board on the wall with a copy of Charles I's famous letter to the people of Cornwall, thanking them for their support during the Civil War.

One other highlight is worth noting; look for the passage squint, or hagioscope, allowing worshippers in the south transept to view the high altar during services.

One part of the churchyard was reserved for victims of a 1645 outbreak of the plague, including the serving rector. Other graves include several lighthouse keepers and lifeboat crew, a reminder of how closely the inhabitants of the Lizard are linked to the sea and how treacherous that link can be.

St Wynwallow's Church is usually open to visitors and was open when we visited late on a spring afternoon.

Landewednack parish is part of Lizard village, confusingly located on The Lizard peninsula, south of Helston. Lizard village is at the end of the A3083 but to reach Landewednack you have to turn east for Church Cove. There is a small parking area near the church and from the churchyard you can take a lovely walk down to the cove itself where you will find a pretty waterfall and several thatched cottages. The parish of Landewednack contains Lizard Point, the most southerly point on the British mainland.

NOTE
Do not mistake this St Wynwallow's Church with the 'Church of the Storms' at Gunwalloe, on the western coast of The Lizard peninsula. 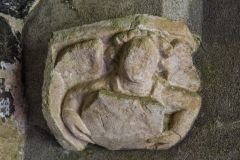 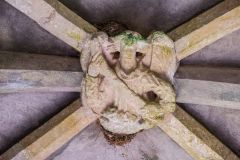 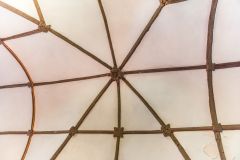