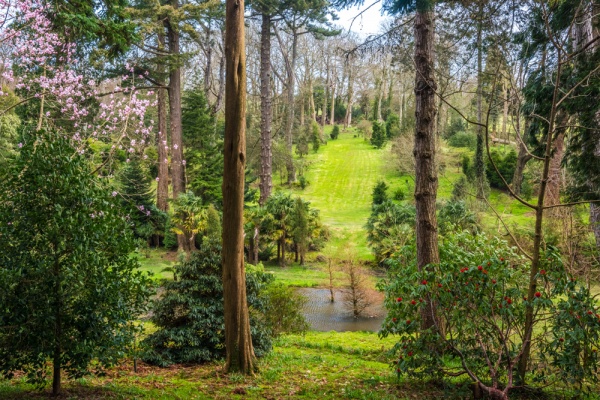 Tregrehan (pronounced 'Tregrain') is a 20 acre garden in a glorious setting beside a country house which has been owned by the Carlyon family since 1565. The garden is best known for its collection of camellias, planted by Gillian Carlyon in the mid-20th century.

An earlier Carlyon, Jovey, planted the huge trees that provide a sheltered canopy for much of the garden. 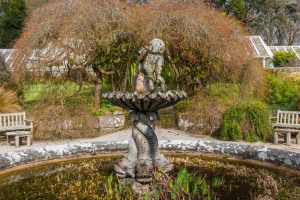 A fountain in the walled garden

The Carlyons have lived at Tregrehan since the 16th century, but the roots of the current country house go back 'only' to 1680 when Thomas Carlyon built a small 'double-pile' house. The 17th-century house was remodelled in 1770 by another Thomas Carlyon, who called in architect William Wood to design a south-facing mansion incorporating the earlier family home. Then in 1848 Edward Carlyon enlarged the house again and encased the structure in Pentewan stone.

The Carlyons of Tregrehan seem to have had a family tradition of interest in horticulture. From the early 18th century the parkland surrounding Tregrehan House was developed in the picturesque style, a forerunner of the later English landscape garden.

Much of the landscaping we see today dates from the time of Edward Carlyon in the middle of the 19th century. In 1845 Edward called upon one of the most popular landscape architects of the time, William Nessfield, to design a formal parterre and entrance court. He also linked a pair of earlier walled gardens into one and planted the Yew Walk which forms a large part of the garden layout.

Most of the mature trees at Tregrehan were planted by Jovey Carlyon between 1880 and his death in 1894. Jovey brought many of the tree species back from New Zealand and carefully recorded each tree's origins and the price paid. Gillian Carlyon, a descendant, began a camellia breeding programme in the 1960s and it was she would produce many of the hybrid varieties for which the garden is known. 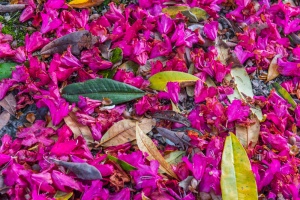 Spring blossoms and leaves on the garden floor

There are formal gardens near the house, with a walled garden, sunken garden, and the Yew Walk we mentioned earlier. Signposts suggest a circular route through an old pinetum, with views across the valley below to a wonderful area of southern hemisphere plants on the far side. On the northwestern edge of this area is a bluebell wood - just coming into bloom when we visited - and an orchard and camelia plantation to the north.

The garden is at its best in spring, and this is reflected in the opening times, with only limited opening later in the year. We came on a grey, blustery day in April, and the gardener told us they had been considering whether to open the gardens at all due to the possibility of high winds.

We were glad they had decided to open the gardens, as we found Tregrehan a delight to explore, and the trees acted as a windbreak, protecting us from the blustery conditions. Tregrehan is a magical place, with sudden views opening out and plashes of colour catching your eye around every corner. It is not thickly planted, but rather has plenty of space for the wide variety of trees, particularly those from the southern hemisphere, to grow and flourish. 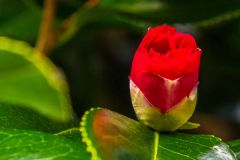 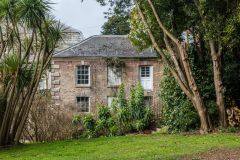 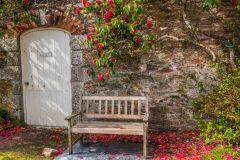 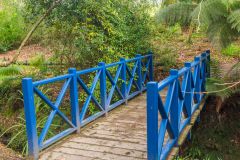 More self catering near Tregrehan Garden >>