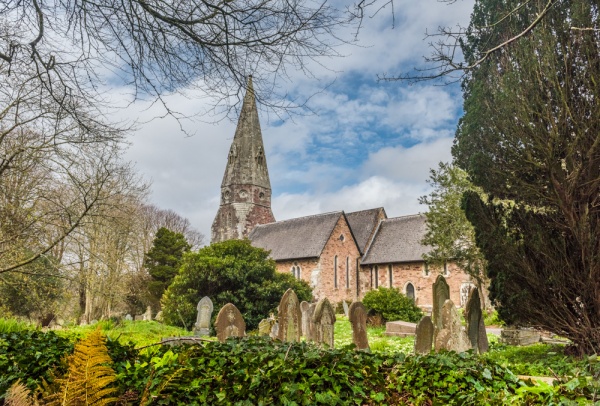 St Mary's church stands on a hilltop overlooking the gardens of Tregrehan House, which seems appropriate as the church is built on land given by Edward Carlyon, the owner of Tregrehan, in 1847. The land was known locally as Biscovean, and you will sometimes see the church referred to as Biscovean Church.

The new parish of Par was carved out of existing parishes of St Blazey and Tywardreath in 1846. The man responsible for the new church was Rev. George Prynne, the first vicar of Par and later vicar of St Peter's in Plymouth. Prynne was a major figure in the Anglo-Catholic movement, and wanted a new church that reflected his values. 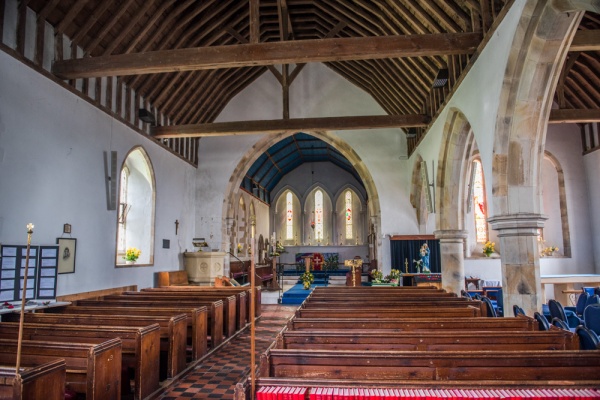 The architect charged with carrying out Prynne's vision was a relative unknown, George Edmund Street (1824-1881). Street was just 22 at the time, and just beginning on a career that would make him one of England's leading architects. Perhaps his most famous commission was the Royal Courts of Justice in London, but Street was also responsible for hundreds of churches. The very first was St Mary's in Par.

Street was a staunch Anglo-Catholic, with a love of medieval Gothic style. He was working as a clerk at the offices of Scott & Moffatt in London, when his sister Mary Anne, an ecclesiastical embroiderer, heard of a Cornish clergyman who intended to build a new church. She prevailed upon Rev. Prynne to give her inexperienced brother the commission for his new church. The rest, as they say, is history.

The success of Street's design for St Mary's brought him more work in Cornwall, both building new churches and restoring old ones. He became a leading light in the Gothic Revival movement, and influenced Arts and Crafts pioneers William Morris and Philip Webb. He died in 1881 and was buried in Westminster Abbey. 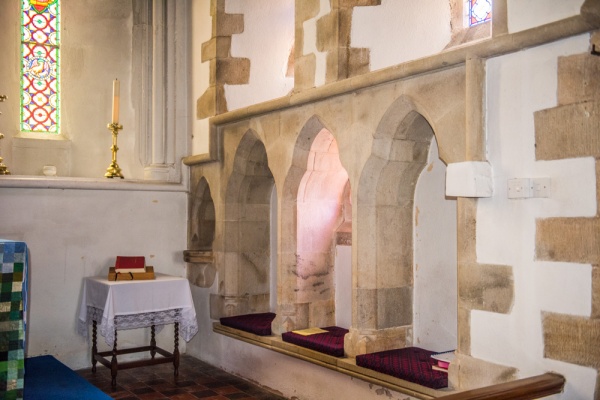 The Gothic sedilia and piscina

The new church was consecrated on 1 November 1849. It was built from local Biscovey slate quarried near the site. The quoins are of Pentewan stone from Mevagissey, and the style is very much a homage to 14th century Gothic. Street chose to use local materials, but the choice had unfortunate consequences, for the stone is porous and leaks during rainy periods, causing water to run down inside the tower.

The most obvious feature of St Mary's is the striking west tower, topped with a broach spire.

The church is laid out on a very simple plan, with a nave, chancel, and south aisle of three bays. Each section of the church has its own gabled roof. The south porch was added around 1886.

The altar, pulpit, and font were designed by GE Street. The high altar was moved into the south aisle in 2000. 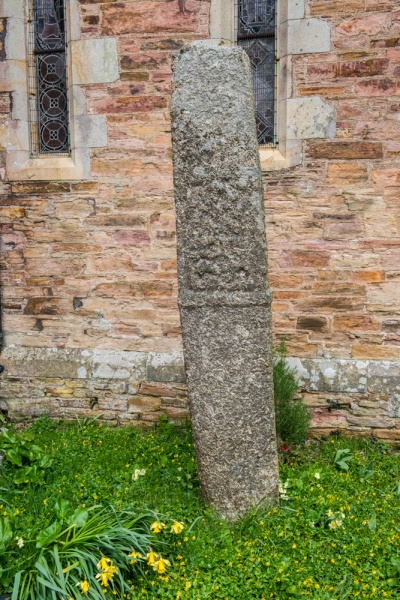 Near the south chancel door stands the most interesting historic feature of St Mary's, an early Christian cross shaft known as The Biscovey Stone. The stone originally stood on the road between St Blazey and St Austell, near the present post office. It was moved into the churchyard in 1896 by the then-vicar Rev. D. R. Vaughan. The central section of the shaft is carved with traditional Celtic interleave patterns. Further away from the church is the Biscovey Cross, a late medieval wayside cross. No one knows where it was found.

On the west side of the churchyard is a gate used by servants from Tregrehan House, who had to walk across fields and up a steep slope to reach the church for services.

St Mary's is very easy to find. It stands directly on the A390 just west of St Blazey Gate. There is a parking area just below the church, which is usually open daylight hours. It was open when we visited. 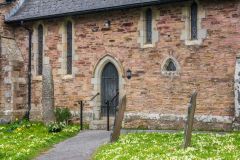 Self Catering near Par