There are surviving examples of Saxon churches from roughly 600-725 and from 900-1050. As you can see, that covers the start and end of the Saxon period. Why the gap in the middle? The period from 725 until 900 was the period of ongoing Danish invasion. Many existing buildings, including churches and monasteries, were burned and destroyed during the period, with the result that we ave very few surving buildings for that era. Most of the surving buildings from earliest period of Saxon work are found in Kent and Northumberland. Among the best are Escomb, County Durham (c. 690), St Peter-on-the-Wall in Bradwell, Essex (c. 660), and Brixworth, Northamptonshire (c.676).

Many of the largest and most important later Saxon churches were rebuilt in Norman style after the Conquest, so our best examples of late Saxon work survive in smaller churches, such as St Lawrence, Bradford-on-Avon, and Boarhunt, Hampshire. These late Saxon churches were extremely simple in layout; a simple nave divided from a rectangular chancel by a narrow arch.

For further information see our article on Saxon architecture. 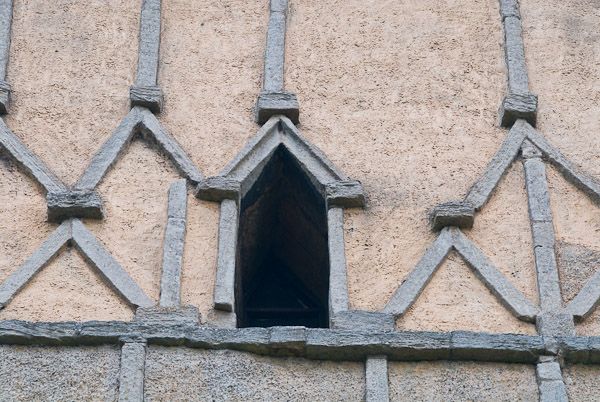