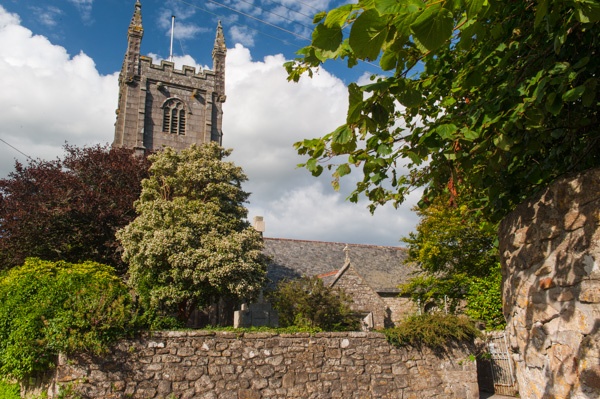 According to unsubstantiated tales a 6th-century Irish missionary named St Ludewon, or Ludowanus, came to this small Cornish village near Penzance to found an early religious community.

His new community; the forerunner of what a later age would call a monastery, was founded near an existing holy well, which suggests that the site had been used by pagans for many hundreds of years. before his arrival. The waters of Ludgvan holy well were said to cure blindness. In the Christian period, it was thought that if you were baptised in the well you would never be hanged.

There is a theory that Ludowanus never existed, and that the place name comes from the Cornish for 'place of ashes'. 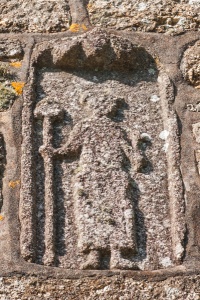 Figure of a monk
over the doorway

Whatever the origin of the name, there was a Celtic lan, or circular enclosure here, on a high rise of ground, and the current churchyard follows the outline of the enclosure.

A number of 7th-century grave markers have been found nearby, and the shaft of a Celtic cross forms part of the steps to the bell tower. After all, this is Cornwall, and reminders of early Cornish Christianity are everywhere!

The earliest dedication of the church was to St Ludgvan and St Paul, but this was simplified to simply St Paul the Apostle in 1336. The late medieval granite tower was added to the 14th-century building in the following century and a south aisle in 1840. The tower is considered the finest 15h century example in the west of Cornwall. From 1756-1835 a school was held in the area under the tower.

One local claim to fame is that the last church service in Cornish was conducted here in the late 17th century. Or maybe not, as the same claim is made for Towednack church.

Above the church door is a delightful carved figure, discovered in the wall of the rectory garden. The rector thought it was a pilgrim, supporting himself with a staff and wearing a broad-brimmed pilgrim's hat. It may also represent a monk with a spade in one hand and a cross n the other. One final theory is that it represents St Ludewon himself. 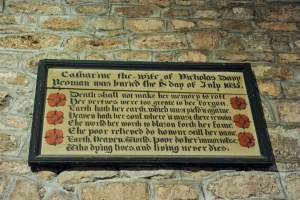 There are several fascinating memorials inside the church including a painted board to Catherine Davy (d. 1635). The verse is bordered by a set of Tudor roses and reads in part

'Death shall not make her memory to rot,
her virtues were too great to be forgot..'

Nearby is a fascinating carved granite slab to John South (d. 1636). Immediately beside the South grave slab is a grave marker to an 18th-century rector named William Borlase, inscribed with red-painted letters. Borlase was the most famous Cornish historian of his day and author of the influential book Natural History of Cornwall (1758).

Perhaps the most well-known person remembered by a memorial is Sir Humphrey Davy, President of the Royal Society who died in 1829 and was buried in Geneva. Among Davy's best-known inventions was the Davy Lamp, used by generations of Cornish miners.

His parents lived at Ludgvan and are buried at the east end of the churchyard. Also in the churchyard, near the steps leading down towards the nearby pub, is a small Celtic cross raised on a modern plinth. well, it would hardly be a Land's End peninsula churchyard without a Celtic cross about, now would it? 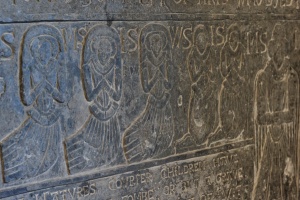 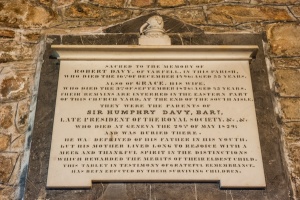 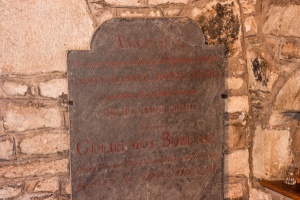 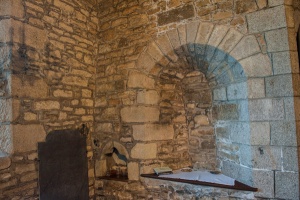 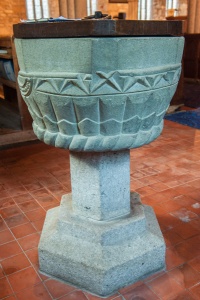 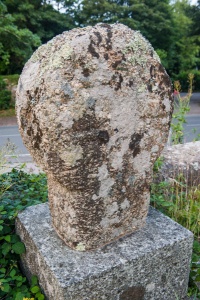 Worn Celtic cross in
the churchyard

More self catering near Ludgvan

More bed and breakfasts near Ludgvan