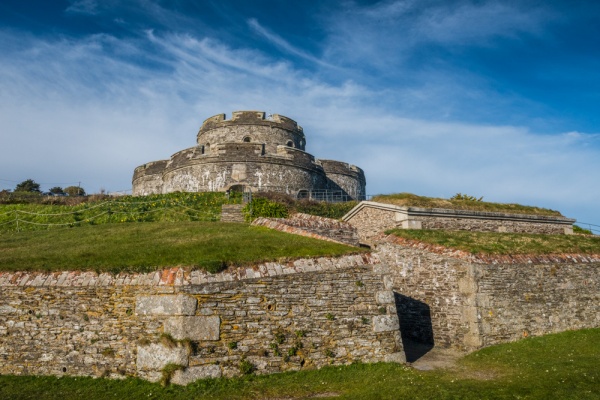 One of the finest of Henry VIII's coastal defences, built around 1540 to defend Carrick Roads and the Fal estuary from attack by Spain and France. St Mawes Castle was built to a clover leaf design, with a large tower overlooking three circular bastions.

The design was created to allow 'ship-sinking' guns to fire upon enemy vessels. Despite the purely functional nature of the castle, it was highly decorated with carvings in praise of Henry VIII and his heir, Edward VI. What is remarkable about St Mawes Castle is how little it was altered after its completion. Compare this to Pendennis Castle, across the harbour approaches, another of Henry VIII's coastal defences, which has been heavily altered over time. 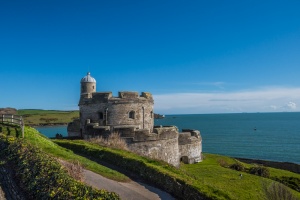 The view from the castle parking area

One disturbing feature of the castle is an oubliette, from the French word for 'forget', a pit prison where prisoners could be placed, then forgotten.

The main entrance is on the landward side, approached over a stone bridge above a dry moat, defended by a guardhouse. The stone bridge may have replaced an original drawbridge across the moat. The central keep rises three stories above the circular batteries. The ground floor is used as a kitchen, with the garrison lodged on the first floor and the officers and a governor on the top floor.

From this floor, a spiral stair leads to the roof and an open gun platform. In the late 17th century the head of the spiral stair was covered with a lead-covered cupola to act as an aid to navigation. The forward bastion had a gun deck at ground level and a second gun platform on the top floor.

The architect of St Mawes Castle was Thomas Treffrey, who also designed Pendennis Castle. It is built of slatestone rubble with granite accents. Look for architectural embellishments in the form of carved heraldic plaques,  sea monsters, gargoyles, and Royal Arms, as well as inscriptions praising King Henry.

Despite the later 19th century batteries, St Mawes Castle is essentially a Tudor fort, a time capsule of 16th-century military design, and a fascinating glimpse into the Tudor world. Access is free to English Heritage members. 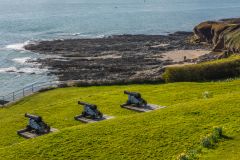 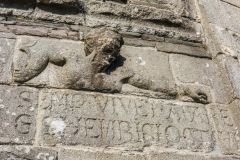 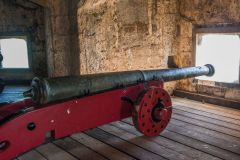 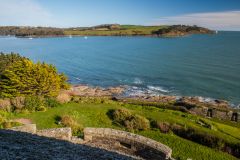 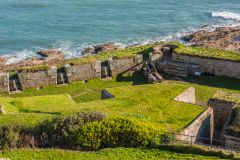 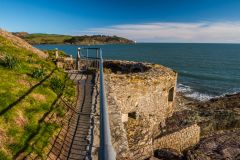