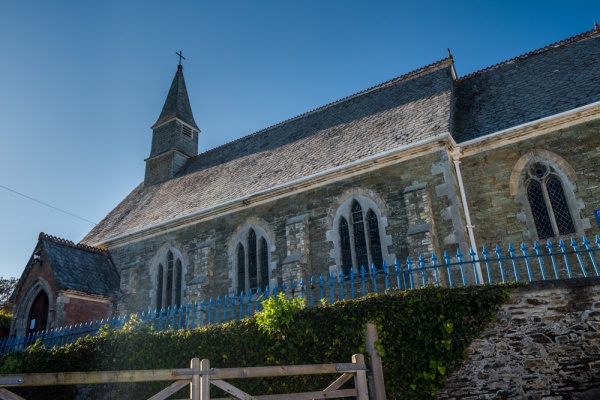 In the 5th century, St Maudez established a chapel and holy well on the Fal Estuary, near the place where the River Fal meets the sea. The chapel remained in use throughout the Middle Ages but was eventually abandoned in the 16th century and allowed to fall into decay.

The townsfolk of St Mawes were then without a church. The town was officially part of the St Just in Roseland parish and townsfolk had to make the journey to St Just to worship.

In 1807 Earl Temple (later to become Duke of Buckingham) erected a chapel for his own use. In 1837 the chapel was licensed for worship.

In 1881 a new church was built on Church Hill, a steep slope rising up from the harbour. The church was officially opened on December 1884 by the Bishop of Truro, Dr George Wilkinson. It is an intriguing building, crammed into a small churchyard on a steep slope, hemmed in on all sides by attractive whitewashed cottages. 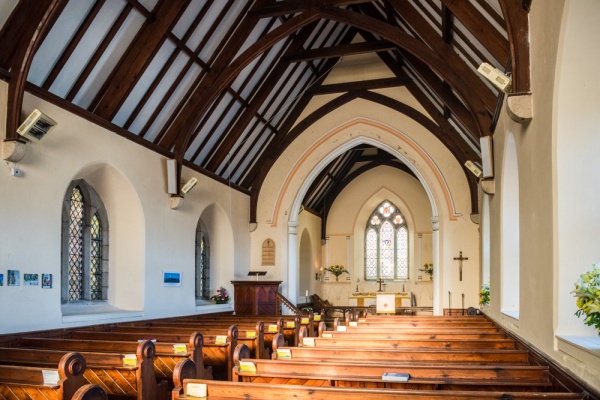 The church is built in Early English style, considered by exponents of the Gothic Revival movement as the only true 'English' church style. It is laid out on a simple plan, with a nave, chancel, porch, and bell turret over the west gable. The church is built of locally quarried stone dressed with granite. The building was designed by Reverend CW Carlyon and cost 1500 pounds to build.

The interior furnishings are very simple, and very much in Victorian style. The west window is a gift of the daughter of Staff-Commander Vincent of Southampton, given in honour of her parents at a cost of 100 guineas.

The chancel window was given by the family of a Miss Cullah who tragically died on a visit to St Mawes.

A series of three windows is dedicated to Frederick Barnby, schoolmaster and priest, and each window has stained glass scenes based on the story of St Maudez, or Mawes, after whom both the town and the church are named. Maudez is said to have been born in Ireland, but carried out his ministry in Brittany. He settled on the island of Ile Modez off the coast, from which he could easily have sailed across the Channel to Cornwall on a missionary journey. 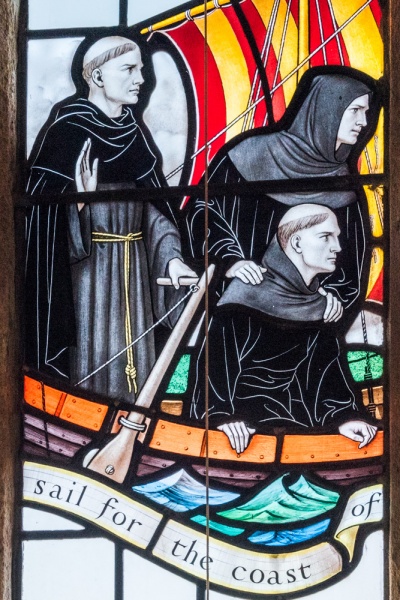 The three windows depict Mawes in three different guises; as a teacher, an abbot, and a missionary. The central window shows Mawes as an abbot, or bishop, against a backdrop of a rocky Breton coastline.

The figure is based on the statue of Maudez at the church of Egrue-Gaberic, near Quimper. On the saint's right side is a round tower known as Forn Modez, which can still be seen on the Ile Modez, and beside it is The Cross of st Maudez, which stands on the Ile de Brehat.

On the saint's left side is a seal on a rock. This relates to a story that a demon known as Tuthe appeared in the form of a sea monster and disturbed the saint and his followers. Maudez kept watch for the monster and drove it away when it next appeared.

The church is quite a simple building, but the setting is wonderful and the sense of the church's ties to the history of St Mawes (both the place and the saint) are what really makes it so enjoyable to visit.

We visited the church late on a summer evening after visiting St Mawes Castle just up the road to the west. we walked down to the quay, and saw the sign to the church at the junction of Marine Parade and Church Hill. We didn't think it would still be open, but to our surprise it was. It seems that the church is kept open to welcome visitors at all times. 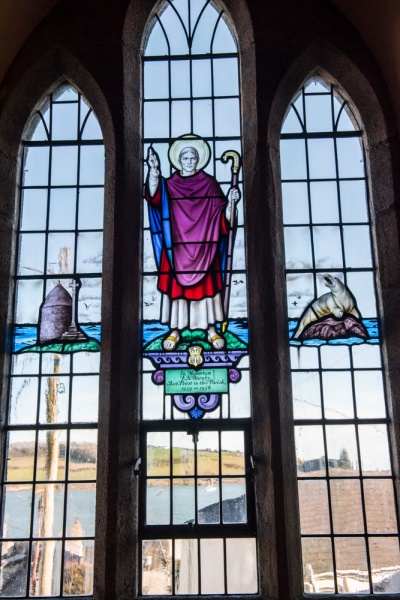 St Maudez in his role as an abbot 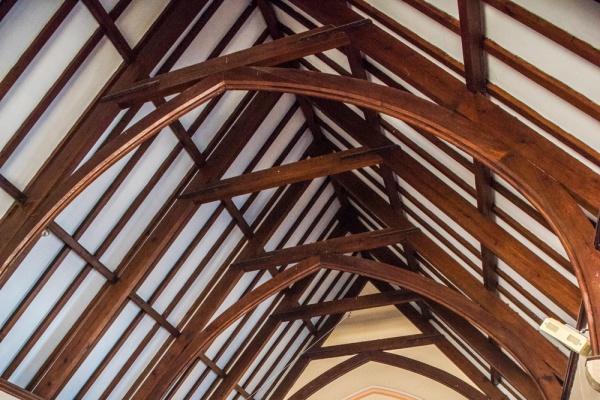 The timber roof of the nave 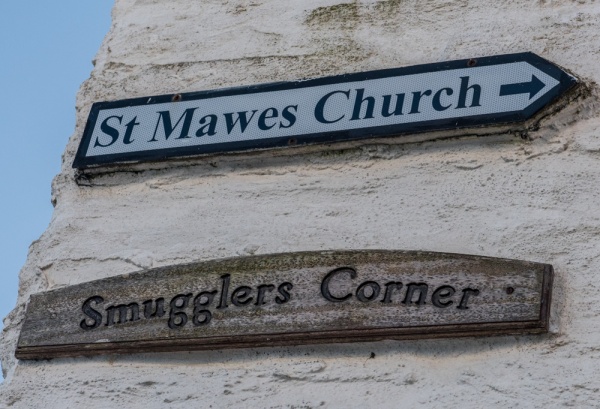 Signpost to the church from Smugglers Corner

Self Catering near St Mawes