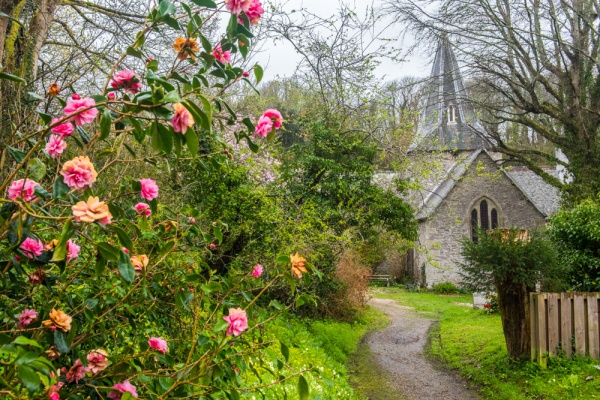 A 12th-century cruciform church established by the Augustinian Priory of Plympton. The church was extensively restored in the Victorian period but retained so much of its original character that Sir Nickolaus Pevsner called it the best example in Cornwall of a parish church from the 12th and 13th centuries.

The church boasts a lovely Norman doorway. This is thought to have been brought here from Plympton Priory. By the 19th century, the church was falling into decay when Samuel Spry, the MP for Bodmin, stepped in.

Spry hired his own cousin, an amateur architect named Rev Clement Carlyon, to rebuild the medieval church. Carlyon rebuilt the medieval stained glass, roof, and floor tiles, and added new furnishings, including the pews, which he may have had a hand in carving.

One peculiarity can be found high on the walls, where what appears to be carved wood is actually tin stained to look like wood. The interior also features memorials to members of the Spry family, including an imposing monument to Rear-Admiral Sir Richard Spry (d. 1775).

The Spry family had a tradition of entering the navy, and near Sir Richard's memorial is another memorial to Thomas Spry, Admiral of the Red, who died in 1828. Facing this is a touching wall monument to Mary Spry, nee Gayre, who died in 1656. The inscription reads,

Getting to St Anthony in Roseland is not the easiest job, but the idyllic location repays the effort taken to get there. Beware if you use the official postcode for your satnav; as I discovered to my cost the postcode takes you up Military Road to the National Trust parking area at the end of the road. Don't turn onto Military Road but rather bear right towards Place House and the shore.

There is a small area to pull off the lane, and a signpost directs you up the coastal path towards Place House. The church is directly beside the house. The church is managed by the Churches Conservation Trust and is usually unlocked. It is well worth the effort to find and explore the church and enjoy the wonderful coastal location. 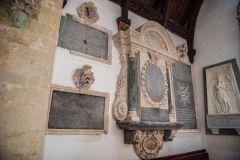 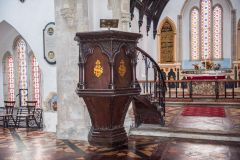 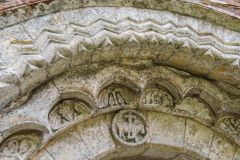